Timothy Street, Streetsville’s namesake, was born in Spencertown, New York in 1777. In 1800 he married Abigail Smith, who was born in 1783 in Hillsdale, New York. The couple relocated to Canada in 1801. Timothy lived and worked in St. David’s, near Niagara, for over 20 years before coming to the Credit River area. They had 12 children, five of whom died relatively young.

Throughout his life Timothy was known as an industrious and enterprising man, and was engaged in numerous business ventures. He had various occupations over his lifetime, but was most often listed as a tanner and saddler by trade.

Timothy first became connected with this area in 1818 when, together with his partner Richard Bristol (after whom Bristol Road was named), applied to undertake a survey of northern Toronto Township (historic Mississauga). Timothy financed the government survey between 1818 and 1819, while Bristol oversaw the actual work. As partial payment for his services, Street received several grants of land, amounting to over 4500 acres throughout Peel and Halton. One of these extensive land grants was along the Credit River, including much of the future village site of Streetsville.

The land on which most of the village of Streetsville sits was granted to William Lindsay on October 1st, 1822. This 200 acre parcel was purchased by Timothy Street on December 28th, 1822. In 1821 or 1822, Timothy built a grist mill along the Credit River, followed a year later by a lumber and saw mill, much to the benefit of surrounding settlers. By 1825 he had added a tannery, distillery and clothing mill. 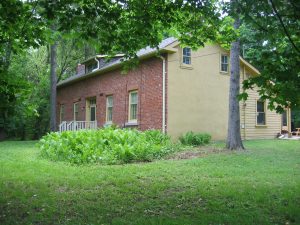 Timothy permanently settled his family in Streetsville around 1824, first living in a frame house on a hill overlooking the east bank of the Credit River. In 1825 he erected a more permanent brick dwelling, which survives as a private home today, on the west side of river close to his mills.

Timothy’s industrious presence soon drew other merchants, tradesmen and settlers to the area, and in short order early settlers began referring to the emerging village in connection with both his mills and name. The village officially became Streetsville in 1829 when the first post office opened, under post master Israel Ransom.

Timothy died in 1848 and Abigail died in 1859. Although the Street family ceased to be associated with the milling complex in the years following Timothy’s death, the village remains a testimony to his good judgment, industriousness and dedication. There is no known image of Timothy. 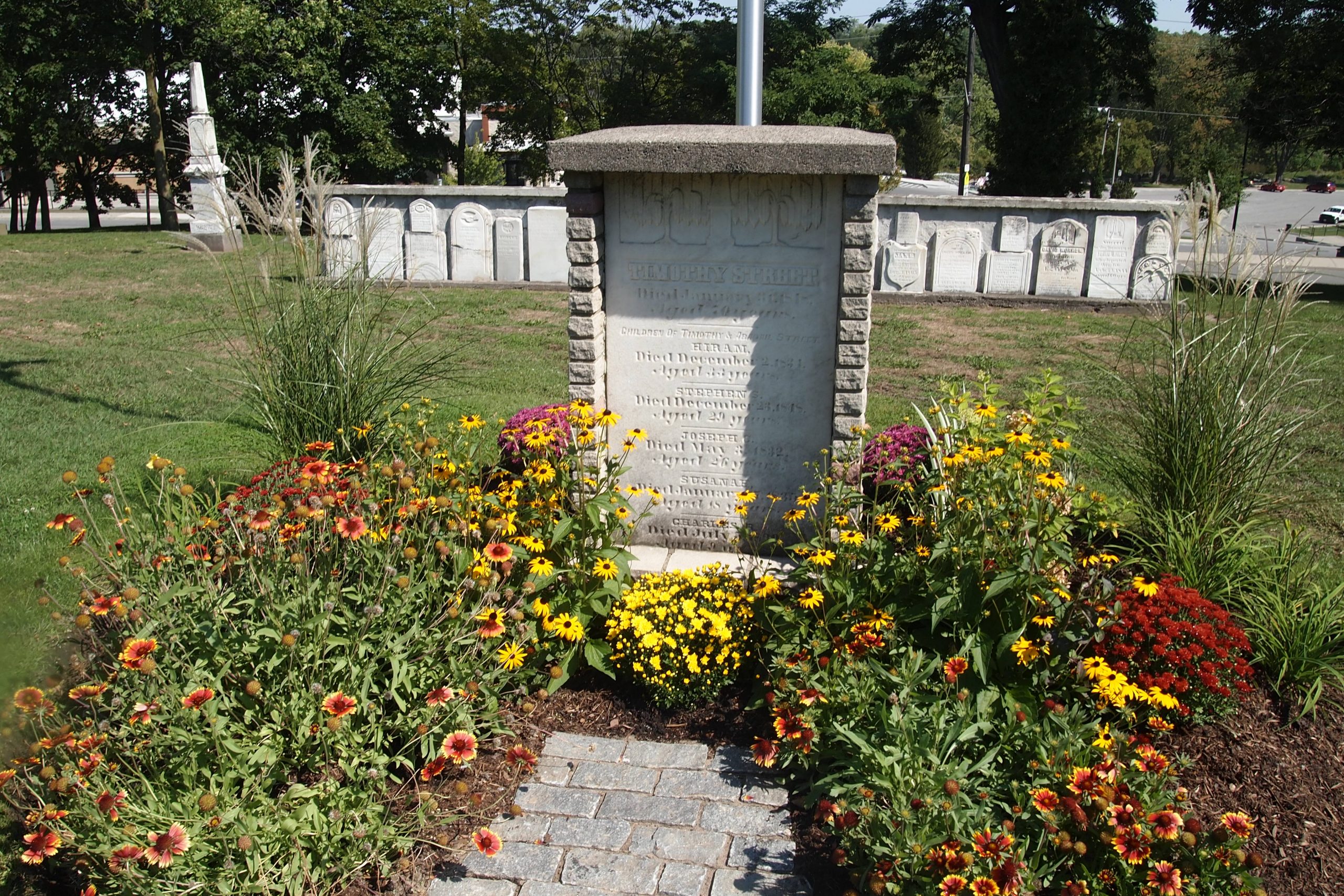 It can be found on their website here: https://www.modernmississauga.com/main/2019/9/11/the-history-of-the-mississaugas-mr-timothy-street

Welcome to our fourth installment of “Ask a Historian”. Every week Heritage Mississauga will be taking questions about the history and heritage of Mississauga which our Historian, Matthew Wilkinson, will answer on Thursday afternoons. #ApartTogether, Heritage Mississauga is the source for inquiries and curiosity about our beautiful city as we continue our mandate to research,…

Let’s all mark tomorrow, September 30, by wearing orange in honour of Orange Shirt Day. Coinciding with the day and aligning with the Federal government’s adoption of September 30 as a National Day for Truth and Reconciliation, the City of Mississauga also chose to honour the day by closing City facilities for a day of…

As recounted in an earlier article in this series, there was a time, many years ago, that steamships traversed the Great Lakes, carrying passengers to and from larger cities to various stopping places, ports, and pleasure grounds. Each of the Great Lakes, and many of the smaller lakes in “cottage country”, was served by steamships….

The former Barker General Store in Erindale was built in 1921-22, following the great Erindale fire of 1919. It served, originally, as both the family home of Marjorie and Delmar Barker  (my grandparents), and the Barker General Store. The square “tower” portion was added in 1938 for expanded living space. The building was built on…