Way Back Wednesday: The History of Mississauga’s Stavebank Road

Stavebank Road is an old route of travel in our city. One of the earliest actually. The road is a Given Road – that is a route of transportation that does not conform to the survey. The route, in its original form, connected Port Credit to Dundas Street (Dundas was surveyed in 1796 and is our oldest surveyed route).

Stavebank generally followed the course of the Credit River, perched on the high ground overlooking the flood plain of the Credit River Valley, stretched along the west bank of the valley. It had several routes over time, which changed gradually. Old Carriage Road (formerly known as Carriage Road) was once part of the route, as were former roads known as “Lot Street”, “Brook Street”, and “Bridge Road”, amongst others. Over time a singular route was established and, by the 1860s, was known as “Stave Bank Road” or “Stavebank Road”. 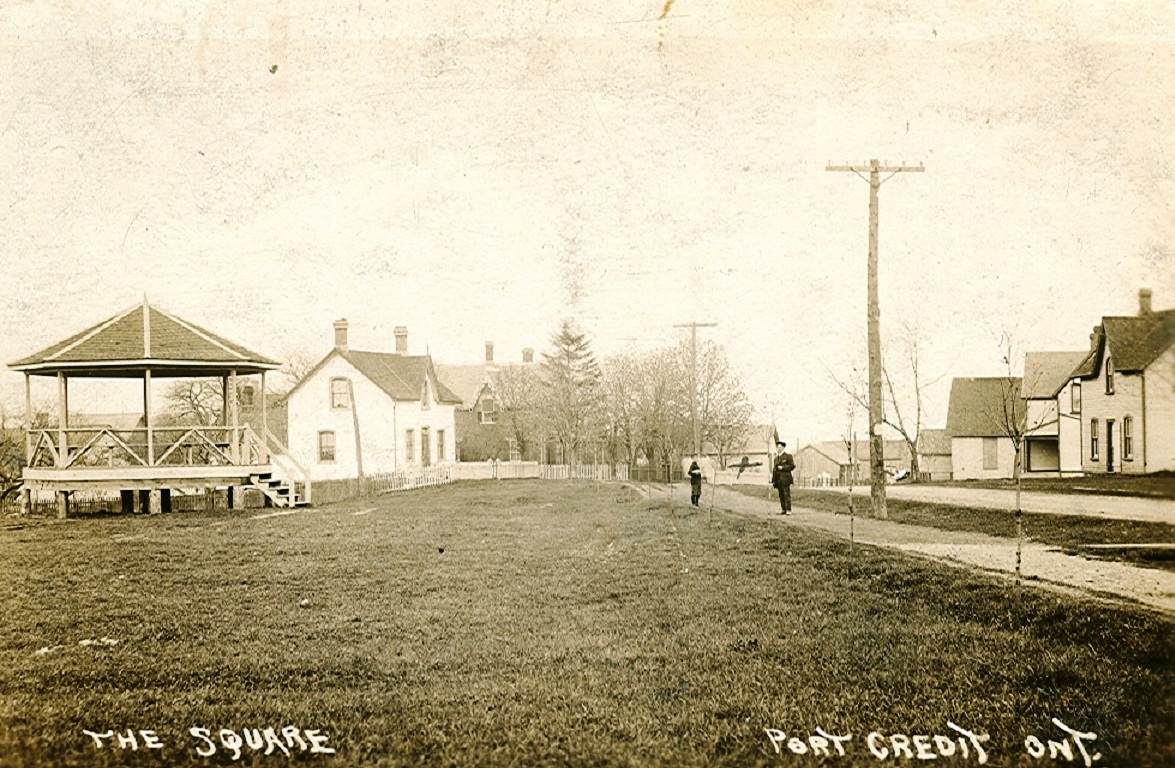 So where does the name come from, you might wonder?

Farmers living along the Credit River Valley were industrious, and harvesting timber was but another source of income. When the land along the valley was opened up for settlement in the late 1840s, farmers could make extra money through the cutting and selling of staves – which are rough cut wooden planks or posts.

Staves would be harvested in the winter months, and dragged by horse or oxen to the frozen banks of the Credit River, where they were bundled and stacked. In the spring, stave cullers rafted the staves down the river to the harbour, where they would be loaded onto sailing boats to taken to harbours around the lake to be sold as building material.

The road gets its name from the piles of staves that would stack up in the winter months along the east and west banks. One can imagine that the name for the road was in use long before it was formally adopted.

It can be found on their website here: https://www.modernmississauga.com/main/2019/11/20/the-history-of-mississaugas-stavebank-road

Welcome to our thirteenth installment of “Ask a Historian”. Every week Heritage Mississauga will be taking questions about the history and heritage of Mississauga which our Historian, Matthew Wilkinson, will answer on Thursday afternoons. #ApartTogether, Heritage Mississauga is the source for inquiries and curiosity about our beautiful city as we continue our mandate to research,…

Way Back Wednesday: The History Behind The Civic Holiday

The Civic Holiday is celebrated on the first Monday of August and it is a public holiday in some provinces and territories, although it is not a statutory holiday. When not given a local name, it is often referred to as the “Civic Holiday”. The Toronto Caribbean Carnival, formerly known as Caribana, coincides with this…