Each Friday. Heritage Mississauga brings you a Fun Fact about the history of Mississauga. See if you can find the answer before we post it!

Question: Have you ever seen Stephen Cruise’s beautiful sculpture entitled “Familia” at Harold E. Kennedy Park? The sculpture is reminiscent of many aspects of Port Credit history and industry. Symbols in the installation include: a shell; tree; fish; fox; rail; boat; and tank lion. At the center of all these symbols is a beehive that is meant to represent a historic Mississauga company. Can you guess which one?

Answer: The hive symbol in Stephen Cruise’s “Familia” sculpture symbolizes Port Credit’s very own St. Lawrence Starch Company, which once had a mill where Harold E. Kennedy Park is now. The company used beehive motifs extensively in their promotional material, which is why the hive was chosen by the artist.

The St. Lawrence Starch Company was established in 1890 on land on the eastern side of Port Credit sold from the Cotton Estate to Archibald Hutchinson in 1889. Along with Hutchinson, John

Gray, Robert, and Jospeh Kilgour were founding partners of the company. Archie Hutchinson was a sales and marketing wizard, while John Gray knew the ins and outs of starch production, and the Kilgours provided financial backing. Production focused on corn wet milling and processes consisted of grinding steeps of corn, drying the starch, and transporting the finished product by horse and wagon to the nearby Grand Truck Railway.

For many residents of Port Credit, the “Starch Works” as they were known, were iconic in the village. They were the largest employers in southern peel, employing over 100 men and boys in 1900 with several generations of families all working at the company. They were some of the first to introduce electricity in Port Credit in 1907 and the first to install telephone services in 1911 with their phone number being simply “1” for many years! The company provided housing and sponsored community charities, sports teams, and organizations in the area. In 1990, production stopped, and the buildings were vacated and eventually demolished. Though gone now, Stephen Cruise’s “Familia” sculpture at Harold. E. Kennedy Park shows us that they are never truly forgotten. 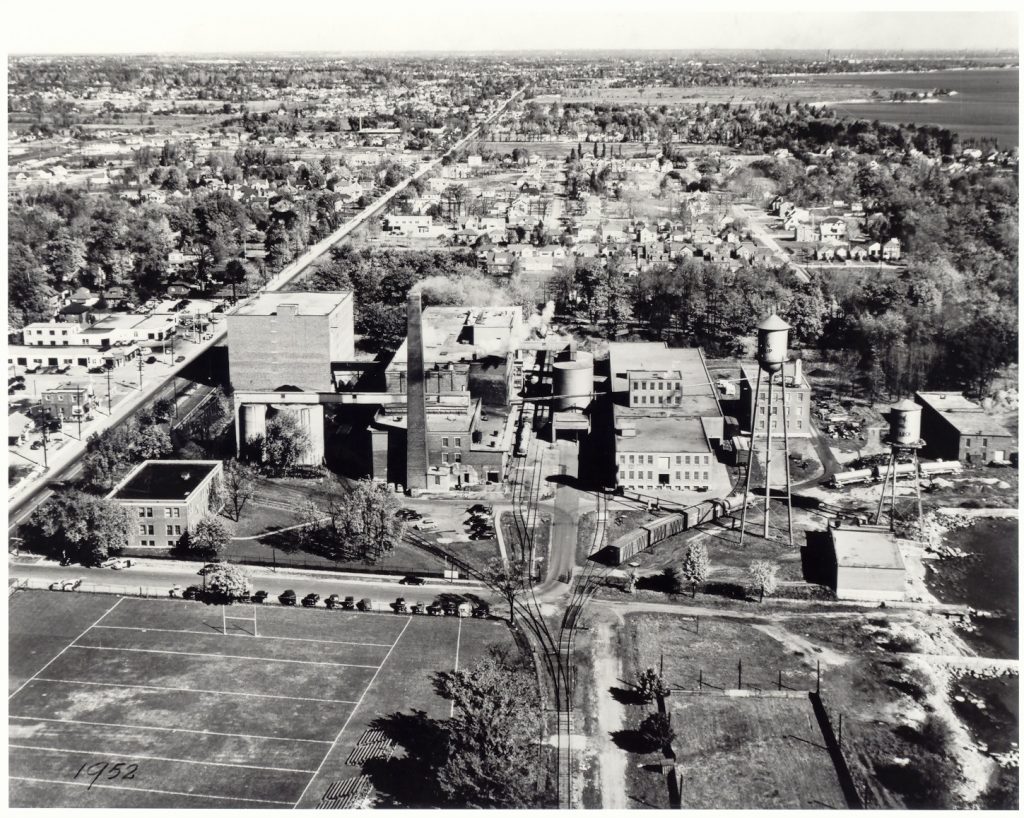 Welcome to our 24th installment of “Ask a Historian”. Every week Heritage Mississauga will be taking questions about the history and heritage of Mississauga which our Historian, Matthew Wilkinson, will answer on Thursday afternoons. #ApartTogether, Heritage Mississauga is the source for inquiries and curiosity about our beautiful city as we continue our mandate to research,…

Way Back Wednesday: The Grand Old Lady of Erindale

Our story has a bit of a mystery: a wonderful obituary, a surname with multiple spellings, and children baptized in two different faiths at the same time. Certainly there is a story to be explored. Catherine Dinan was born in County Clare, Ireland, on February 16, 1844. At the age of 3, in 1847 and…

This week on Ask A Historian, Matthew Wilkinson continues his fascinating conversation with guest Pardeep Singh Nagra , Executive Director, Sikh Heritage Museum of Canada, as they discuss Sikh Canadians and their contributions to Canada both past and present in this two part episode. Located in Malton, the Sikh Heritage Museum of Canada (SHMC) is…