Exploring “HerStory”: In Her Own Words

Heritage Mississauga is pleased to deliver correspondence from many of the women who served during the Second World War.

This week we present a letter that is quite close to our heart. Written by Sergeant Florence May Fowler while at training camp at MacDonald College Quebec, the letter is addressed to her sister Ivy Fowler. Florence May Fowler is the Great Aunt of our Executive Director, Jayme Gaspar, who provided the reading of the letter.

Sergeant (Sgt) Florence May Fowler was born on November 20, 1916 in North Bay, Ontario and she died on March 28, 1943 in Baie-d’Urfe, Quebec due to an accidental death at the age of 26. She served in the Canadian Women’s Army Corps.

Florence left school at the age of 13, having completed grade 8. After leaving school, she spent the next 12 years working various domestic service jobs, until she enlisted for military service 1941. When Sgt Fowler enlisted on November 10, 1941, she had six years experience working as a parlour maid for Dr. D. King Smith at 15 Highland Avenue, Toronto but hoped to find work in bookkeeping and typing after the war.

Sgt Fowler was killed on 28 March 1943 when she was struck by a train in Baie-d’Urfe, Quebec. She had been in the Officer Training Course (OTC) at No. 1 CWAC Advanced Training Centre in Ste-Anne-de-Bellevue, Quebec.

The incident was treated as suspicious, and thus handed over to the Quebec Provincial Police, but they were unable to prove that foul play had occurred.

Sergeant Florence May Fowler is buried in Springcreek Cemetery in Clarkson and is listed on the Port Credit Cenotaph.

#ApartTogether we remember the extraordinary women who have served and continue to serve today. 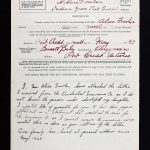 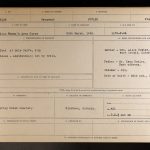 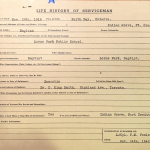 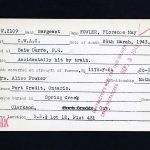 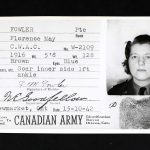 Thai Pongal is a harvest festival celebrated by Tamils in Mississauga and in communities throughout the world. It is observed at the start of the month Tai according to Tamil solar calendar and this is typically about January 14. The festival is named after the ceremonial “Pongal”, which means “to boil, overflow” and refers to…

It is with tremendous sadness that we share the news of the passing of Eric Gibson on June 4, 2020. Eric spent much of the last 40 years giving back to his community – first here in Mississauga, and then in Paris, Ontario. Eric was in his 86th year. Eric Gibson was born in South…

Welcome to our 39th installment of “Ask a Historian”. Join Historian Matthew Wilkinson on our YouTube channel for our next episode of “Ask A Historian” on Thursday March 4, 2021 at 4:00 p.m. This week Matthew welcomes local Historian and Author Dave Cook as they explore the fascinating stories behind the names of some of…