Labour Day became a statutory holiday in Canada in 1894 and is celebrated annually on the first Monday in September. 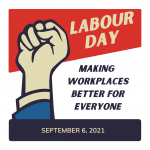 In March and April of 1894, numerous labour organizations from Ontario, Quebec, Manitoba, British Columbia, and New Brunswick petitioned  parliamentarians to declare a statutory holiday following the growing popularity of workers rallies and celebrations that dated back to the Victorian era. The gatherings were intended to promote working-class solidarity during a time of rapid industrialization.

Canada cited the various Canadian and U.S. labour and union efforts, and a bill sponsored by Prime Minister John Thompson prompted the debate about the holiday’s legal status in May of 1894. The law received royal assent on July 23, 1894 without much resistance.
The first official Labour Day occurred on September 3, 1894.

In recognition of Labour Day, we are looking back at some milestone events in Canada that influenced legislation, worker safety, unions, and employment rights in Canada.

Bloody Saturday occurred on June 21, 1919 and marked the end of one of Canada’s largest, and bloodiest, labour actions in history. 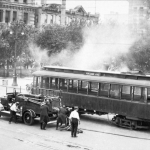 that could support their families in the increasingly unstable economy.

On May 15, 1919, the largest general strike was sparked by workers in various sectors, including police, in Winnipeg  who unified and walked off the job.
On June 21, 1919, the Royal North-West Mounted Police and hired union busters rode on horseback and fired into a crowd of thousands of workers, killing two and injuring countless others.

The infamous “Bloody Saturday” marked the end of the strike. This was the largest general strike in Canadian history and set the stage for future labour reforms.

During the economic depression of 1929-39, many young, unemployed men were unable to find stable employment or to make a wage sufficient to support their families. One difficult alternative was for these men to work in government work camps for paltry wages in isolated locations. 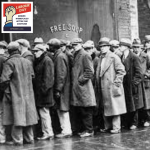 Due to the ongoing difficulty to make a living wage, workers launched a strike. However, the strike did not have the intended effect in a reasonable time and the men were without wages.Many of the men travelled by any means necessary, even on foot, to Ottawa to petition Parliament.

The RCMP stopped the peregrination and during riots, union leaders were arrested putting an end to the strike.

During the next election, Mackenzie King’s Liberals won the next election and legislated against the prior governments practices and abolished the camps. The strike and “On to Ottawa trek” inspired Canadians and started a national movement for better employment legislation which resulted in the establishment of unemployment insurance, now known as Employment Insurance, in 1940.

Research has found that Employment Insurance was the single most important economic stabilizer in the past recessions.

The Right to Safety at Work:

As we continue to celebrate Labour Day, we look at some of the historic events that lead to our current legislation to protect workers and their rights/

The Right to Safety at Work:

Did you know Canadian workers all have the following rights under the Occupational Health and Safety Act?:

These rights however, were not always in place. It took an unfortunate tragedy to push for legislation protecting workers.

On March 17, 1960, five Italian immigrant workers were killed on the job while in a tunnel at Hogg’s Hollow, under the Don River near Old York Mills Road and Yonge Street in Toronto. The men were not provided proper safety equipment such as hard hats or flashlights. 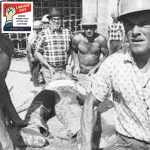 tunnel caved in. Making matters worse for the workers, the floor of the tunnel had not been sealed properly with cement. The doomed workers suffered nitrogen bubbling in their bloodstream, a flood of mud, carbon monoxide poisoning, and eventual suffocation from smoke, sand, and water.

The preventable deaths of the workers, Pasquale Allegrezza, Giovanni Battista Carriglio, Giovanni Fusillo, Alessandro and Guido Mantella,called for significant reforms in occupational health and safety and resulted in the Industrial Safety Act, which in turn was the foundation of the Canada Labour (Safety) Code. The Occupational Health and Safety Act came into force in 1979.

#ApartTogether we support each other’s rights in the workplace!

Tourism Week Canada 2022: It Pays to Stay In Mississauga

May 29, 2022 to June 4, 2022 is #TourismWeekCanada2022 and there are a couple financial incentives to enjoy a staycation in #Mississauga. The first is a provincial incentive. Ontario residents can fit in even more fun when booking an overnight stay anywhere in the province by getting money back with the new, temporary Ontario Staycation…

Mississauga the First City to Permanently Fly the #EveryChildMatters Flag

Today the City of Mississauga became the first Canadian city to raise the #EveryChildMatters flag permanently! The flag was raised by Gimaa (Chief) Stacey Laforme, Grandmother Kim Wheatley, and Mayor Bonnie Crombie. We are so proud to witness our great city becoming the first to raise the flag to symbolize the commitment to #TruthandReconciliation. Heritage…