The month of May shares a few celebrations of queens, #MothersDay, #NursingWeek and #VictoriaDay.

In recognition of these incredible women, we will be looking at the history of Queens and their connections to Mississauga.

Many different monarchs have been on the English throne over the course of Canadian history. Historic Mississauga, first known as Toronto Township, was surveyed in 1806.

Today we explore the history of Queen Adelaide, Queen of Great Britain 1830-1837.

Adelaide of Saxe-Meiningen was born as Adelaide Amelia Louise Theresa Caroline on August 13, 1792 in Germany.

Adelaide was the eldest of three children born to George I, Duke of Saxe-Meiningen, and Luise Eleonore of Hohenlohe-Langenburg. She grew up in a time of turbulence on the European continent due to the Napoleonic Wars.

Following the death of Princess Charlotte (only child of the Prince of Wales, the future King George IV) in childbirth in 1817, it was important for the future of the monarchy that the royal line was perpetuated. Adelaide was selected to marry George’s brother, William, Duke of Clarence, in 1818. Despite the 27-year age gap between William and Adelaide, they proved to be a happily married couple. Over the next several years, Adelaide had several pregnancies that resulted in miscarriages, stillbirths, and two infants who died young.

In 1830 William IV ascended to the throne as King of the United Kingdom and Hanover, with Adelaide as his Queen consort. Queen Adelaide focused her energy on her charity work, donating annually £20,000 to causes to help women and orphans in particular.

When William IV died in 1837, Adelaide became the first Queen Dowager for over 100 years and there was some uncertainty regarding her position within the royal household. Never one for the trappings of royal life, Adelaide was content to take a step back but was always on hand to offer her niece, Queen Victoria, advice about queenship.

For much of her widowhood Adelaide rented out country houses, including Sudbury Hall, Belton House, Witley Court, Cassiobury House, and Bentley Priory. Whilst at Sudbury she became dangerously ill and wrote out her funeral instructions. She recovered to live another eight years but upon her death on December 2, 1849 her funeral wishes were fulfilled.

Largely forgotten today, Adelaide was a popular queen in her lifetime due to her charity work, church-building, and accessible middle-class values. 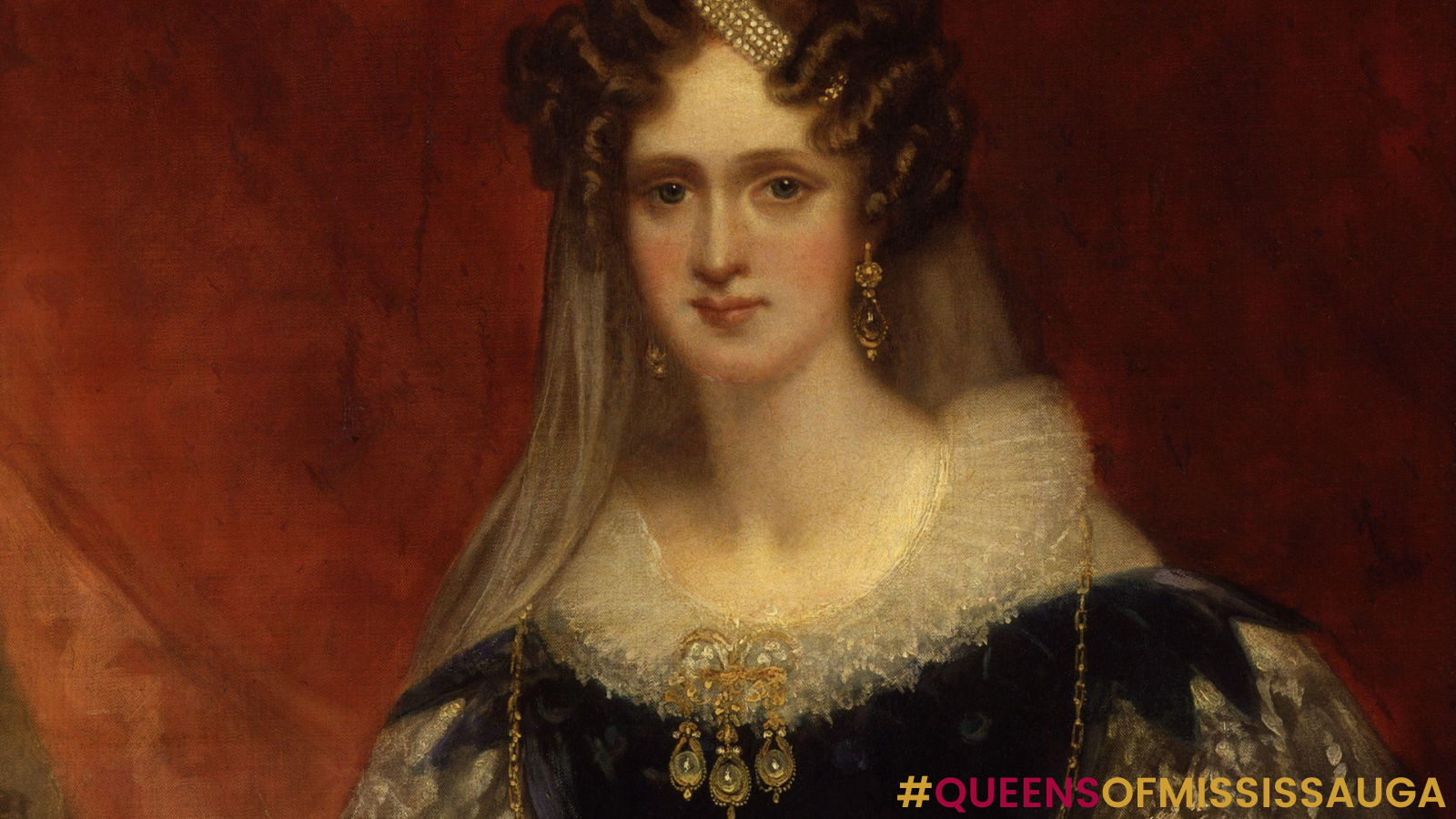 Join us throughout May as we explore these and many more monarchs and their connection to Mississauga.

Way Back Wednesday: The History of Wolfedale Road

We have all likely travelled along Wolfedale Road at some point in time. Wolfedale Road is a historic root of travel that was originally surveyed in 1806, and was given the numerical designation of Second Line West. Its modern road names comes in association to the Wolfe family, who operated a farm along its route…

The seemingly lazy course of the Credit River belies its vital importance to early industry and settlement in historic Mississauga. Water-powered mills once dotted the landscape, making use of natural (and harnessed) water energy to drive machinery. Few remnants remain on the landscape today, although some clues do remain. At the south end of Streetsville…

Way Back Wednesday: Finding A Path Towards Reconciliation

These are difficult days. The dark story of Residential Schools, although whispered for years, is being shouted across this land. Here we are on the eve of Canada Day, yet it is hard to think of celebratory things in the midst of immense sorrow and heartbreak. I wish healing for those most affected, and reflection…