V-E Day (Victory in Europe) marks the end of the conflict with Hitler’s Germany in World War II when Germany surrendered.
The military surrender agreement was signed in Rheims, France on May 7, 1945 at 2:41 a.m and May 8, 1945 was declared the official day of celebration.

Prime Minister Mackenzie King declared: “Let us rejoice in the victory for which we have waited for so long and which has been won at so great a price.”

Boisterous celebrations were held across Canada!

The war continued until V-J Day (Victory in Japan) on August 15, 1945, marking the end of the hostilities. On September 2, 1945 at 9:00 a.m., the Japanese Instrument of Surrender was signed between representatives of the Japanese Empire and the Allied forces aboard the USS Missouri in Tokyo Bay. Canada’s representative at the signing was Colonel Lawrence Vincent Moore Cosgrave. 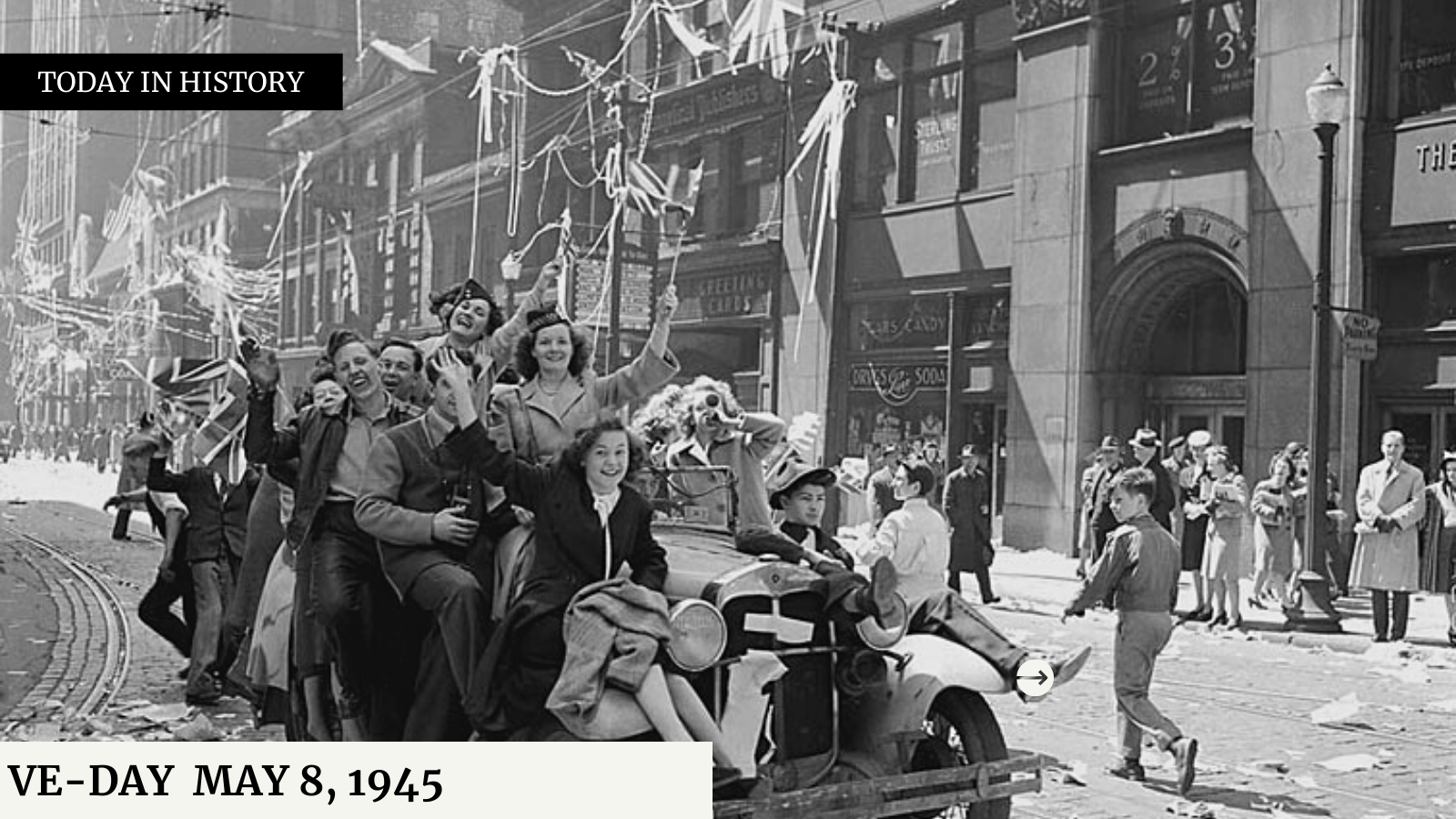 Join Historian Matthew Wilkinson for a special episode of “Ask A Reenactor” on August 5, 2021 at 4:00 p.m. on our YouTube channel. This week Matthew interviews Omar El Sharkawy, a Private in the 2nd Regt. of York Militia – Thompson’s Company, to explore how reenactors are drawn to the world of reenactment, the challenges…

Ask A Historian: Giving Credit Where Credit is Due

This week on Ask A Historian, Matthew Wilkinson welcomes Heritage Mississauga Board Member and Chair of the Credits Committee, Luz del Rosario. Matthew and Luz take a look at the individuals, communities, groups, and businesses that have been honoured at previous the Credits Awards celebrations for their significant contributions to celebrating the heritage of Mississauga…

Join members of the 2nd Regiment of York Militia – Thompson’s Company on our YouTube channel for a demonstration of a campfire meal that would commonly be prepared by 1812 soldiers. Food in 1812 was not as readily available as it is today. Food was grown rather than purchased and therefore was highly dependent on…