Caroline married Prince George, the Prince of Wales, on April 8, 1795, but they separated soon after the birth of their only child, Princess Charlotte, in 1796.
The subject of several scandals, Princess Charlotte, Princess of Wales, was excluded from court while her husband acted as Regent (1811–20) for his mentally unwell father, King George III. Between 1814 and 1820 Caroline lived mainly in Italy and allegedly maintained an adulterous relationship with her Italian courier, Bartolomeo Pergami.

After his accession to the throne on January 29, 1820, King George IV tried to pay her to remain on the European continent, but in June she returned to England. George then pressured for a divorce, which Caroline refused. The government then introduced a bill to dissolve the marriage and deprive her of the title of Queen. After a lengthy hearing, the House of Lords abandoned the bill. Queen Caroline was prevented from entering Westminster Abbey at George’s coronation on July 19, 1821. She then became ill and died 19 days later. Never officially crowned as Queen, she was referred to as the Duchess of Brunswick. 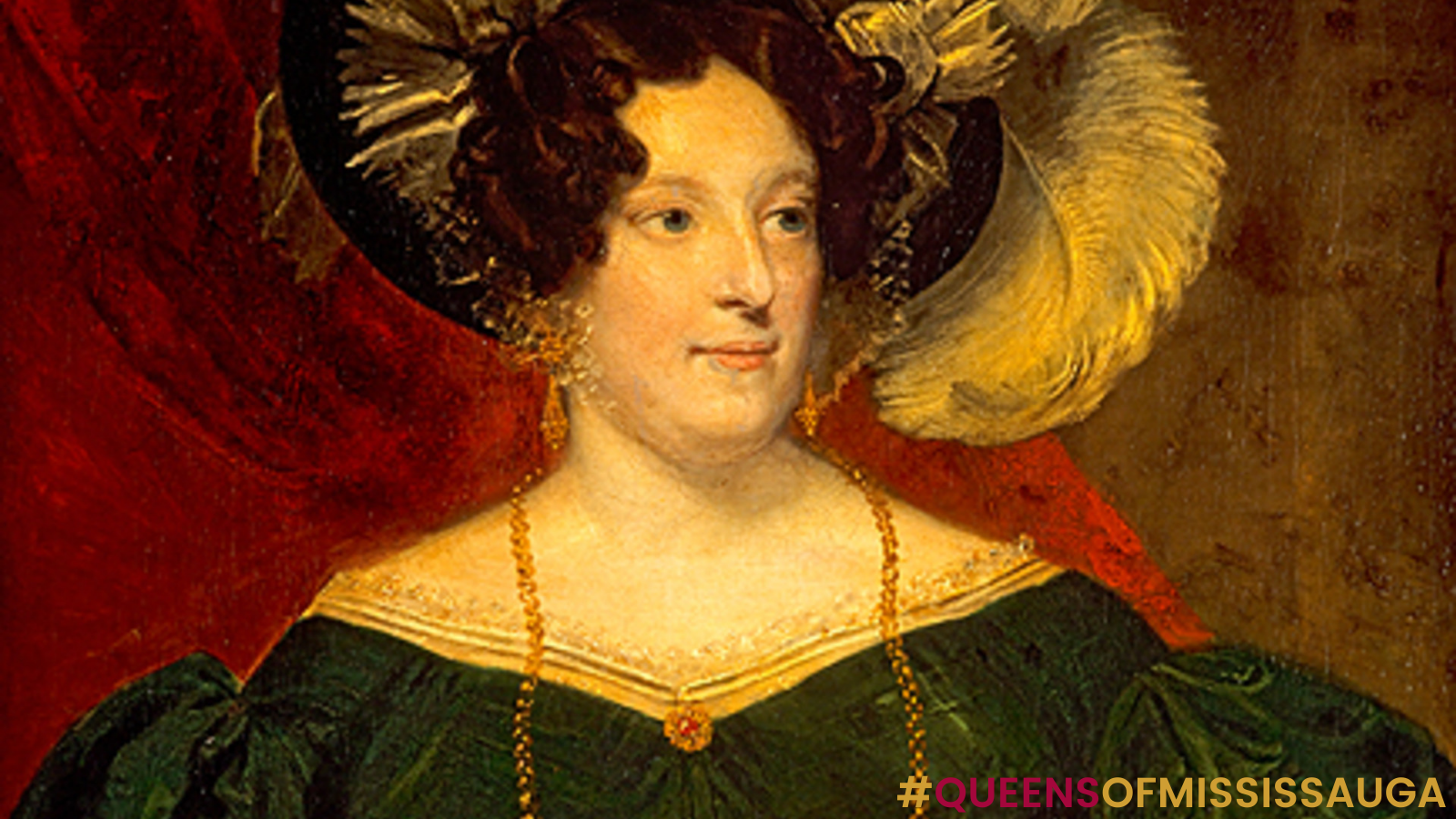 This morning at 9:00 the Mississauga City Council gathered to officially open the newly completed Mississauga Celebration Square. Despite the early morning rain, Mayor McCallion and the city councillors came together on the main stage to hold one of, if not the first ever open air city council meetings. Heritage Mississauga congratulates the city on…

Today on my walk along Cooksville Creek, I spotted what appears to be a small mink who had very little interest in sharing his lunch with any other wildlife creatures! Mink are part of the weasel (Mustelidae) family and according to Britannica: “Wild mink are semiaquatic and obtain most of their food near the water’s edge. Typically…

The Credits 2021: Celebrating Our Heritage Heroes

Heritage Mississauga’s the Credits are back for a virtual celebration honouring Mississauga’s Heritage Heroes for their contributions and achievements in preserving, celebrating, educating, and supporting our community heritage. Our theme this year is resilience which is defined as the process for adapting well in the face of adversity, trauma, tragedy, threats, or significant sources of…