Heritage Mississauga’s Annual General Meeting takes place later this evening, and it marks a return, in part, to in-person gatherings after more than 2 years away. We know that our collective re-openings and re-engaging in-person can be challenging, but we do look forward, through small baby steps, to finding a new normal. Of course, the AGM is also available virtually:

But even as I look forward to seeing friends, colleagues and Heritage Mississauga members again in person, it is the site of the meeting that I am most looking forward to. A bit like visiting an old friend after a few years apart. We are meeting after all at the former Small Arms Inspection Building in Lakeview.

I vividly recall my first foray into the hallways of this historic building back in 2005, shortly before Ontario Power Generation vacated the building. The site visit was organized by the former president of the Mississauga South Historical Society president, the late Eric Gibson. It was really my first revelation that the building had a significant story to tell and preserve.

In 2005 Ken Cutmore reached out to us to explore the possibility of preserving the building. Through Ken’s initial ideas, we connected with his brother Bob Cutmore (their mother had worked at Small Arms Limited during the Second World War), the then president of the Lakeview Ratepayer’s Association, the late Jim Tovey, and Lakeview history advocate extraordinaire, Lynn Judge.

Richard Collins and the aforementioned Eric Gibson also leant considerable knowledge to the gathering of stories. In the summer of 2005, together with our summer student Meaghan FitzGibbon, we wrote a report that led to the Listing of the property on the City of Mississauga’s Heritage Register, which really was the early stages of crafting a preservation plan.

In 2009 HM summer student Liwen Chen undertook an extensive research project on the history of Small Arms Limited, as did UTM internship student John Moyer who began conducting oral history interviews with former employees – something that has continued over the years.

Further research and documentation have continued through the Museums of Mississauga, the Small Arms Society and Creative Hub 1352, amongst others, all exploring different parts of the remarkable story of Small Arms Limited. However, I digress a bit. This article is meant to look back, not forward necessarily.

But I wanted to make sure we give a hat-tip to those who had the vision, many years ago, and thought something should and could be done to preserve the building.

But let’s step back, in brief, to explore some of the history of the company, the surviving building, and the site.

Construction on the Dominion Small Arms Limited munitions factory, including the Inspection Building (then known on the site as Building 12), commenced on August 20, 1940.

The first rifles produced here were ready for inspection in June of 1941. At the end of 1941, the factory had 1,200 employees and had made 7,589 rifles. In 1942, the factory was in full production making pistols, Mark II Sten sub-machine guns, Lee Enfield No. 4 rifles, ammunition, and a myriad of other military supplies. By 1943 the factory employed more the 5300 workers, 65% of whom were women.

This factory was an important industry in Lakeview, and led to a rapid increase in population, as well as associated housing. In 1942 Wartime Housing Limited constructed 200 prefabricated homes and a dormitory for the employees. On March 1, 1943, a large dormitory with accommodations for 422 women opened at the northwest corner of Dixie Road and Lakeshore Road.

The increase in population also led to the building of two modern schools in Lakeview, Lakeview Beach and Lakeview Park public schools.

Wartime production ceased on December 31, 1945. By the end of the Second World War, Small Arms Limited had manufactured 126,703 9mm Sten sub-machine guns; 905,731 Lee Enfield No. 4 rifles; and 1,141 No. 4 MKI Sniper Rifles, as well as pistols and machine guns and played a significant role in the allied war effort during the Second World War. 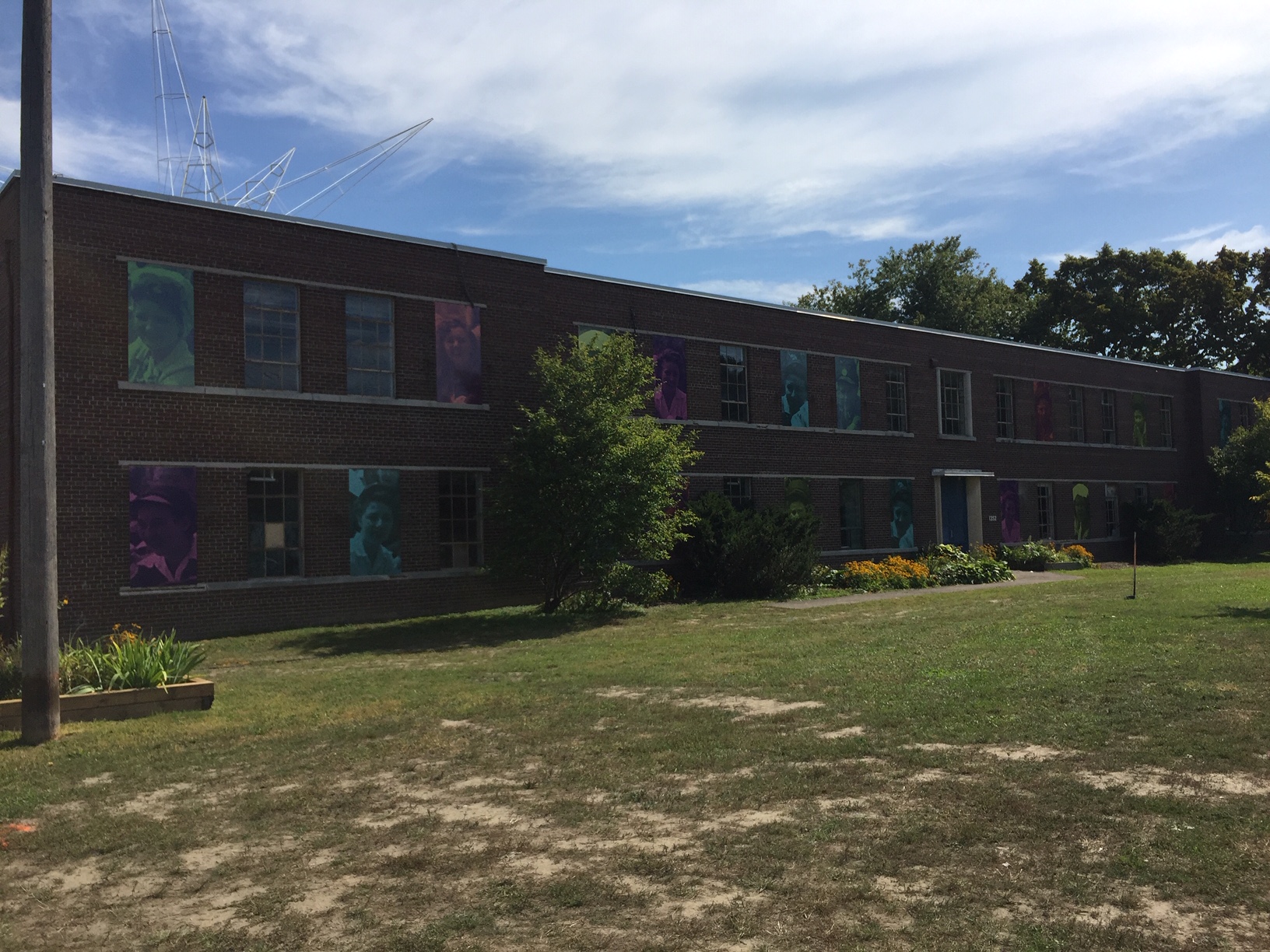 After the war, the factory continued to operate, switching to the fabrication of component parts for vehicles as a division of Canadian Arsenals Limited. The factory closed in 1974. In 1981 the factory was transferred to Canada Post, and in 1992 to the Toronto and Region Conservation Authority. Today the facility is owned by the City of Mississauga.

The site, and the surviving inspection building highlight a significant chapter in the story of our city. And the stories of Small Arms Limited abound.

Through the continuing work of Heritage Mississauga and the Museums of Mississauga, Creative Hub 1352, the residents of Lakeview and the Lakeview Ratepayer’s Association, the wide array of gathered and published information, and the multitude of interviews gathered, the walls of the Small Arms Inspection Building truly can talk. This article barely scratches the surface. We invite you to explore.

Way Back Wednesday: A Reminder of Darker Days in Mississauga’s Lakeview Area

An area of Lakeview in southwest Mississauga carries a series of street names that harken back to a time when a schemer scammed hundreds of people out of their life savings and almost ruined a community. Local farmer Robert Duck passed away in 1922, and within days of his funeral, a Toronto realtor named Harold…

The First Canadian Commander of the International Space Station

Col. Chris Hadfield became a global phenomenon renowned for his incredible accomplishments as the First Canadian Commander of the International Space Station and for his contributions to the Canadian Space Agency, but he is equally known for his humour and ability to ignite interest in space exploration on a global scale…and perhaps for his vocal…

Ask A Historian: Giving Credit Where Credit is Due

This week on Ask A Historian, Matthew Wilkinson welcomes Heritage Mississauga Board Member and Chair of the Credits Committee, Luz del Rosario. Matthew and Luz take a look at the individuals, communities, groups, and businesses that have been honoured at previous the Credits Awards celebrations for their significant contributions to celebrating the heritage of Mississauga…