May is #PolishHeritageMonth! It is a month to acknowledge and celebrate the incredible contributions Polish Canadians have made to Canada’s history, culture, and identity.

DYK Ontario is home to more than 523,000 people of Polish heritage? Polish Canadians have lived in Ontario since the 19th century and, over the years, have made significant contributions to Ontario’s society, economy, politics and culture.

It is also #MuseumMonth and so today we are highlighting one of our favorite museums, although we love all of our museums in Mississauga, The Orlinski Museum (also known as the Museum and Archives of Polish Armed Forces).

The Orlinski Museum is located in the Wawel Villa Senior home. One of the most renowned veterans of the home was Col. Boleslaw Orlinski, a Polish aviator, whose dream it was to create a museum in memory of the many Polish veterans who call Canada their home. Orlinski passed away on February 28, 1992, leaving his memorabilia and funds to achieve this dream. As a means of honouring Boleslaw Orlinski’s wishes and the other Polish veteran residents at Wawel Villa, the Museum and Archives of the Polish Armed Forces was created, affectionately known as the “Orlinski Museum” to the residents.

The Museum and Archives of the Polish Armed Forces was opened on February 24, 2002. Although most of the Polish veterans of World War II are now gone, the museum continues to keep their spirit and memory alive. The museum serves as a living tribute to the many Polish veterans and residents who call Mississauga their home. 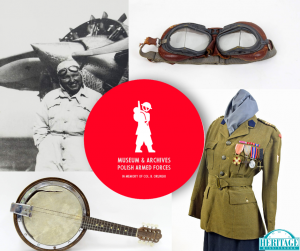 The Sixties Scoop: A Survivor’s Story of Self-Discovery and Reconnecting with Cultural Identity

The “Sixties Scoop” refers to the large-scale removal or “scooping” of more than 20,000 Indigenous children that were removed from their homes, communities, and families of birth through the 1960s that was supported by the Canadian Government. Indigenous children were adopted into predominantly non-Indigenous, middle-class families across the United States and Canada. This displacement left…

International Nurses Day: The Lady with the Lamp

#InternationalNursesDay is an annual celebration of the nursing profession and marks the birthday of  Florence Nightingale (1820 – 1910). Florence is known as the founder of modern nursing and “The Lady with the Lamp” due to her nightly walks watching over and caring for patients while carrying a lamp. After training in Germany to become…

Welcome to our seventh installment of “Ask a Historian”. Every week Heritage Mississauga will be taking questions about the history and heritage of Mississauga which our Historian, Matthew Wilkinson, will answer on Thursday afternoons. #ApartTogether, Heritage Mississauga is the source for inquiries and curiosity about our beautiful city as we continue our mandate to research,…

June 20th kicks off the start of #NationalPollinatorWeek which is an annual event celebrated internationally in support of pollinator health. It’s a time to celebrate pollinators and spread the word about what we can do to protect them. Want to help out our local pollinators? Here are a few ideas: Start a pollinator garden Host a nature…