The British Connection: Mississauga as a Microcosm of Anglo-Canadian Nationalism
By Omar El Sharkawy for Heritage Mississauga

Canadian nationalism has often tied itself to Britain and the identity of the “mother country.” Mississauga’s post-Second World War toponymic developments asserted that this was by no means an exceptional or locally divorced sentiment.

The “British Connection” in Canada and Mississauga’s toponymies were not new by the mid-20th century. It arguably was for long a part of Anglophone Canadians’ identities and national consciousness. At the same time, this brand of nationalism did not hold a monopoly on national consciousness in the postwar years. After 1945, Canadian identity began diverging from both British and American influences – facing a crisis of identity in which the imaged community sought to redefine itself.

Post-Second World War Mississauga, however, begins to observe a renewed public enshrinement of Anglo-Canadian nationalism alongside its period of postwar urban development, reflecting a specific understanding of Canadian identity. 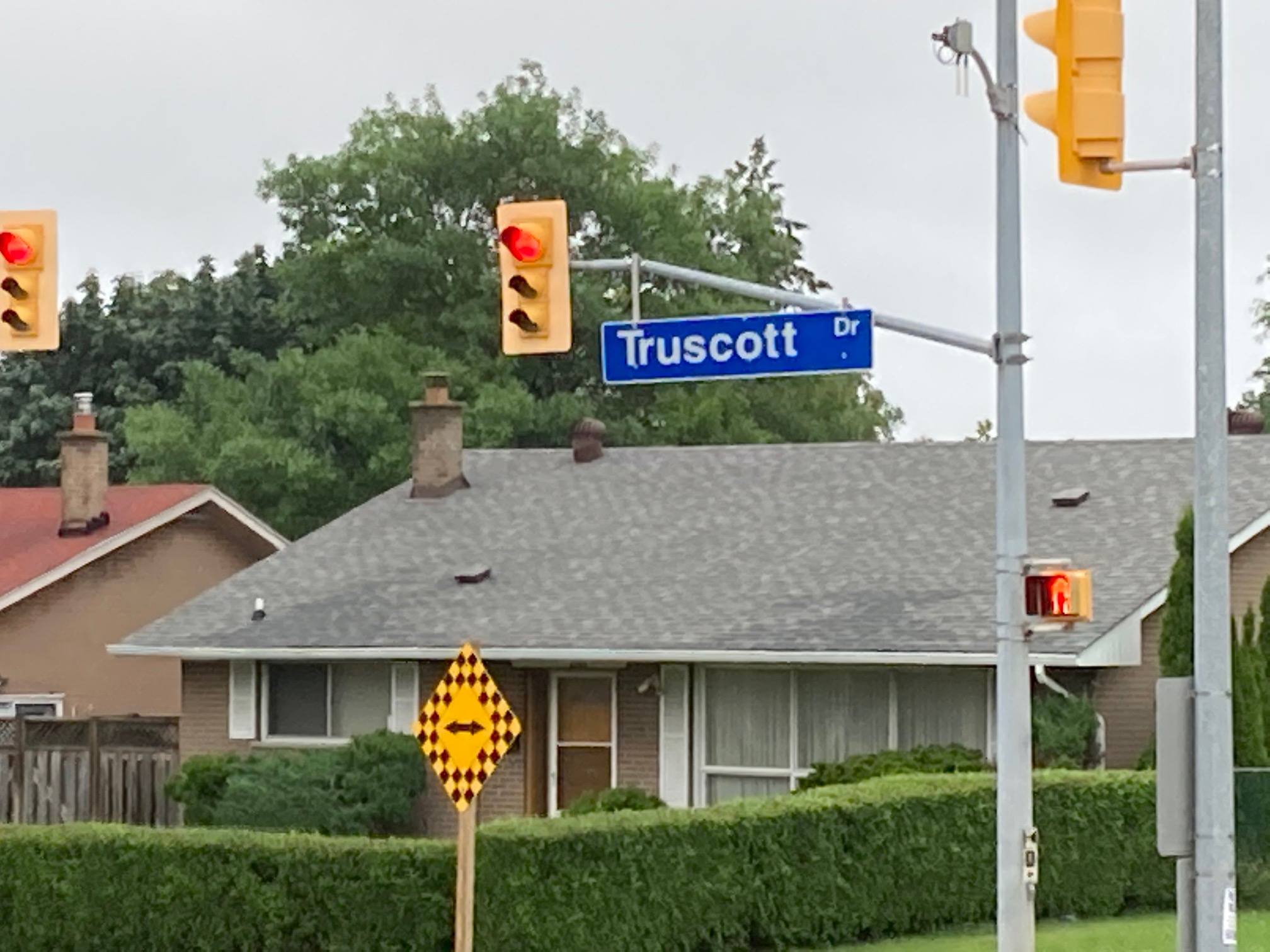 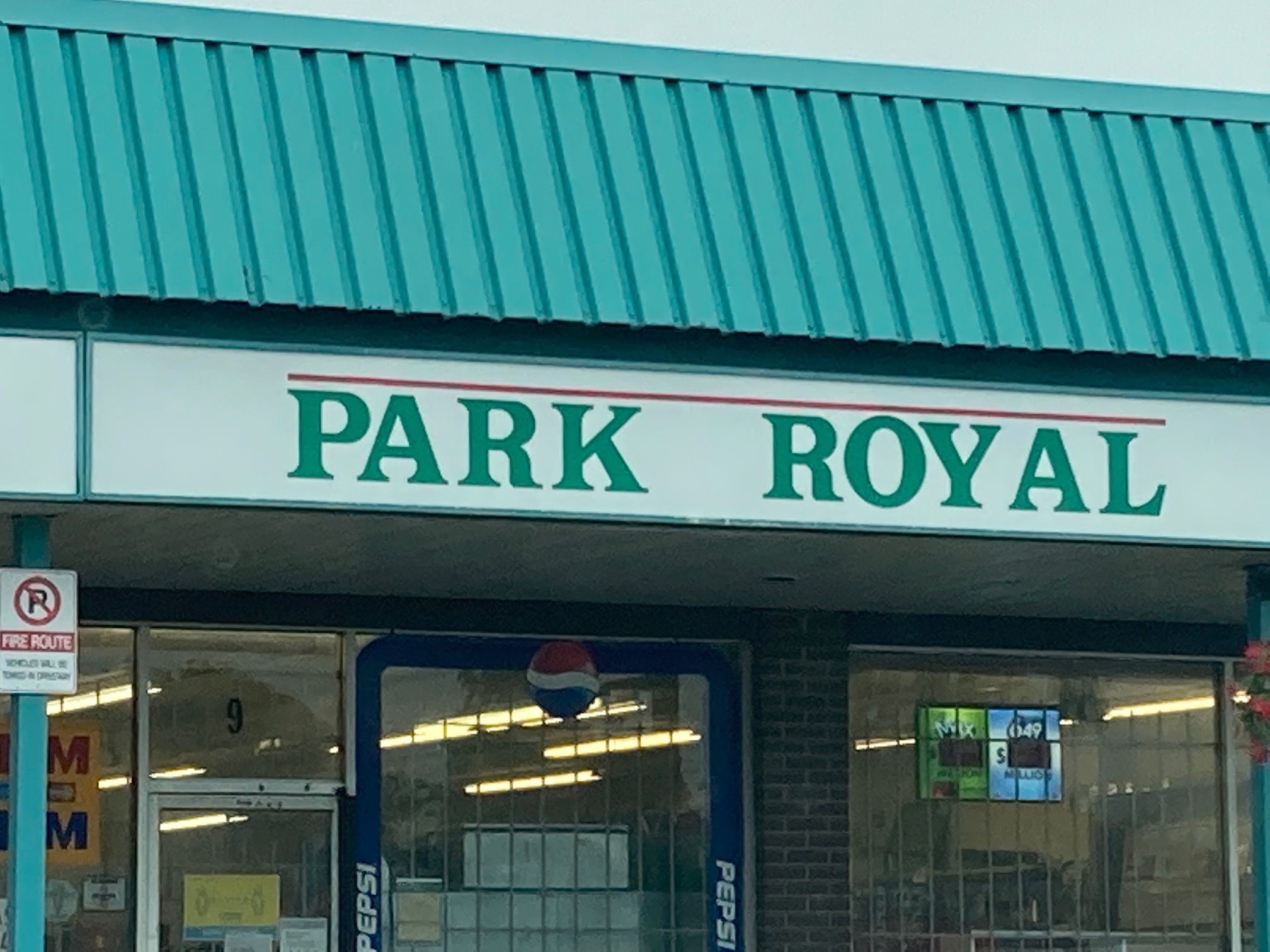 All three names and urbanscapes represent the entrenchment of values in Mississauga that are a microcosm of specific nationalist ideologies within the turbulence of postwar national soul-searching.

They provide a window into a past where local identity attached itself to broader processes of mythmaking and nationalism, informing us of how Mississauga’s mid-century citizens viewed themselves and their proximity to British-defined Canadian identity.

In turn, these histories of naming also reflect on how these urbanscapes, Winston Churchill especially, became both a central part of Mississauga’s modern urban landscape, and a flashpoint in its debates around public commemoration.

No doubt, some background is first necessary.

Park Royal and Truscott Drive predated Winston Churchill Boulevard, being first inaugurated in 1958 with the oversight of the United Land Corporations. UL was a British real estate and development company, at the time based in London, England, and the organization tasked with establishment of the Park Royal subdivision.

With its developmental and building capital in hand, United Lands also held toponymic capital in the other. Although there is some ambiguity around the exact origin of the name, it is quite likely that ‘Park Royal’ was decided upon by the corporation itself. This appears to hold true considering the inspiration for the name: the Park Royal area of Greater London, in Britain.

The choice of name exhibits two aspects of Mississauga’s mid-century historical moment: first the authority of British agents in both urban and toponymic projects, and secondly the reception of names that enshrine a British national connection by the Mississauga community.

Even if the name itself was entirely chosen by UL (which may well be the case), this does not entail Park Royal being a one-sided British imposition onto the Mississauga landscape. In fact, the local municipal government and community validated the choice of Park Royal and its British baggage through their own subsequent ceremony and dedication within the new subdivision.

In August of 1958, Park Royal was to officially be opened with a formal ceremony hosted by the municipality, its citizens, and the managing director of UL. The guests of honor at the ceremony would be Sir Dennis Truscott, the Lord-Mayor of London, and his wife.

The Anglo-Canadian nationalism and Royalism of Mississauga’s toponymic zeitgeist was further legitimated by this ceremony and the commemoration of its legacy with the naming of Truscott Dr.

One of Toronto Township’s (Mississauga’s) most prominent newspapers, The Port Credit Weekly, reported the event enthusiastically on its front page in its August 7th, 1958 issue. Beyond being a British choice of name, Park Royal, the ceremony, and the excited reception of the Lord-Mayor bound Mississauga within a wider network of a specifically envisioned Canadian nationalism.

This Anglo-Canadian nationalism, of course, was not clear cut or universal across Canada, and possibly not within all of Mississauga either. Yet, the crystallization of this brand of nationalism as seen in Park Royal and Truscott Drive illustrate that there was currency to it.

During a period in which there was a retreat from an imperial identity that became increasingly distant with each generation, Mississauga still seemed to latch onto a British defined Canadianness.

The complexities of local dynamics, the consciousness of everyday citizens, the priorities of the township’s municipal government, overall national directions of social identity, and the stake of a British corporation in Mississauga’s development make unlocking the complete ‘why’ of this naming convention difficult.

But what remains certain is the capacity of the British connection to hold enough sway as part of a narrative that could shape the toponymies of the urban landscape.

What remains especially unusual is how this sentiment seemed to carry over into the mid-60s. By the time that decade had come around, Canada was already on its divergent trajectory towards a new, albeit still Anglophone, identity.

February 23, 2021 is Canada’s Agriculture Day. In recognition of #CDNAGDAY we would like to explore the farmers who broke ground and had a historical impact on the heritage and landscape of Mississauga. On our last episode of “Ask A Historian”, Carter inquired about the first Non-Indigenous farmer in Mississauga and the answer was a…