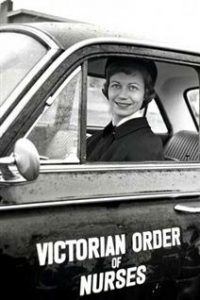 In terms of history, the Victorian Order of Nurses was founded in 1897 by Lady Aberdeen to commemorate Queen Victoria’s Diamond Jubilee. Lady Aberdeen (Ishbel Marie Marjoribanks Hamilton-Gordon) was an author, philanthropist, women’s rights advocate, and wife of Canada’s Governor General, John Campbell Hamilton-Gordon (in office from 1893 to 1898).

The initial focus on the VON was to provide nursing services to districts without access to medical facilities, to provide trained nurses for indigent sufferers, elderly, and for expectant and convalescing mothers in poor circumstances. The VON established 44 hospitals in local rural and isolated communities in Canada.

In January of 1919, the Peel chapter of the Red Cross Society decided to form a Peel County chapter of the Victorian Order of Nurses. The Spanish Flu pandemic of 1918-1920, and the influx of returning wounded soldiers from the First World War, together with the establishment of the Peel chapter of the VON, revived interest in establishing a formal hospital in Peel. The VON were strong supporters for the creation of hospital. A decision was reached in 1921, with the Peel Memorial Hospital opening in 1925.

As recorded in From Medicine Man to Medical Man by William Perkins Bull in 1934, the VON found themselves on the front lines of several major health challenges right from their inception: “That there was ample need for such a nurse, and for hospital facilities, was demonstrated … notwithstanding the technical knowledge and weapons at the disposal of the authorities, and the persistent campaign of popular education, control of infectious diseases remained difficult, and the old enemies of mankind continued their ravages.” The VON’s trained community nurses were an invaluable resource in the medical response to infectious diseases and local health care.

In the midst of the Spanish Flu pandemic, Smallpox and Diphtheria also made a return: a mild form of smallpox appeared in the spring of 1919. The mild symptoms made it difficult to detect, trace, and treat, while at the same time combatting the Spanish Flu pandemic – the medical community was overwhelmed, and the newly formed VON proved themselves invaluable.

As smallpox diminished, a new threat emerged in 1920-23 with the return of diphtheria, despite the development of vaccines and an inoculation program: “In spite of these defences, the diphtheria microbe could still advance suddenly and secretly because of public apathy and indifference, which grew in proportion to apparent safety.” As the health community had experienced with the Spanish Flu, followed by Smallpox and Diphtheria, “only panic could rouse the community to take precautions. Fear and opposition to quarantine and other disruptions to daily life made a focused, concerted medical response difficult.”

We do not have a complete record of the nurses who, in the early years, were key contributors to the Victorian Order of Nurses. Some of those nurses in the early years of the Peel VON include Bessie Algie, Florence Barker, Edna Clarke, Elizabeth Conover, Amy Denison, Della Field, Minnie Lovering, Marcelle Smith and Frederica Steele.

101 years after their formation in Peel, the Victorian Order of Nurses continues to serve the residents of the Region of Peel. We thank them for their continued and courageous service.

It can be found on their website here: https://www.modernmississauga.com/main/2020/5/20/celebrating-the-victorian-order-of-nurses-101-years-strong-in-peel-region

Provisional Agreement 13-A was ratified with the signing of Treaty 14 on September 5, 1806, also known as the “Head of the Lake Purchase”. The Mississaugas were compensated 1000 pounds of Province currency, given largely in trade goods. Treaty 14 encompassed some 85,000 acres of land. Treaty 14, was  signed William Claus on behalf of…

On May 17 1945, Alice Campbell was found dead on the floor of her small Port Credit grocery store. The blood emanating from her mouth indicated she had been strangled by an intruder, while the interior of her store and living space were in complete ruins and emptied of all cash. Alice Campbell was 75…