August 2021 marks the 100th anniversary of the Warriors’ Day Parade which is held annually at the CNE.

The parade was originally established as Warriors’ Day in 1921 to pay formal tribute to the Veterans of the Great War of 1914-1918 but due to its popularity and support for the celebration, it has become an annual event honouring all servicemembers.

The history of the parade is provided by www.thewarriorsdayparade.ca:
“World War One ended on November 11, 1918 and troops returned home at an average of 3,400 a month between armistice and June 1919. Desmond Morton, one of Canada’s leading military historians, described the period from 1915 to 1930 as a second battle fought by veterans and their organizations to return to civilian life. Hometowns provided a warm and enthusiastic welcome to returning units, helping to ease that transition. During this period, there was also “a wave of commemorative activity unlike anything the country had ever seen,” as Canada established memorials to the over 60,000 Canadians who perished. Governments at all levels, private individuals, and community organizations put up tablets, memorial cairns, cenotaphs and monuments, named buildings and parks, and protected collections of war records. On July 19, 1919, Peace Day was celebrated across the Dominion with “flags, and parades and holiday observances and many Peace sermons on the following day (Sunday).”

That year, Edward, Prince of Wales, was on a royal tour of Canada, drawing crowds of people as he crossed the country. Dressed in a khaki army uniform, the popular prince was in Toronto on August 25th. “You have,” he declared, “already proved yourselves a nation in the terrible ordeal of war, for you have played your part as such, not only in the struggle itself, but in the long negotiations which have ended in the Peace of Versailles.” After the official greeting, the Prince opened the Canadian National Exhibition to a cheering crowd estimated at 100,000. Two days later, the pinnacle of the Toronto visit occurred when the Prince reviewed and awarded military decorations to a spectacular parade of veterans. The scene was “so big, so picturesque and so charged with emotion that even a cynic would have been stirred by the sight of cots with injured soldiers, blind soldiers, amputees, thousands of veterans, and shouting Boy Scouts. The grandstand was packed.

The following year, the memory of war was still vivid in people’s hearts and minds and commemorative activities continued. The Canadian Battlefields Memorial Commission travelled overseas to superintend the erection of monuments on battlefields. War trophies gradually made their way to Canada’s parks. The Great War Veterans’ Association (GWVA) organized to work for veterans and to bring all such organizations into one Dominion-wide institution. The Canadian National Exhibition celebrated Canada’s wartime achievement once again, this time bringing together 26 winners of the Victoria Cross and their families. Organized in cooperation with the Veterans Re-Union Council, large numbers of veterans attended the gathering of VC winners. In his opening day address, Sir Auckland Geddes noted the “imperishable glory of the Canadian Corps.”

In 1921, two years of informal celebrations of Canada’s wartime achievements culminated in the Exhibition’s establishment of Warrior’s Day. Governor General Baron Byng of Vimy, Sir Arthur Currie’s predecessor as commander of the Canadian Corps, gave the opening address to some 12,000 veterans. The Warrior’s Day Parade quickly became a feature of the Exhibition and usually marked its opening. By 1926, it was part of the official catalogue and was referred to as Warriors’ Day. By then it included ex-service men of all wars. It was organized in large part by the Canadian Legion of the British Empire Service League, founded in November of 1925. Among its aims were the unity of veterans, the spirit of comradeship, and the promotion and preservation of records and memories. 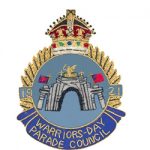 Canada marked the Diamond Jubilee of Confederation in 1927. The celebration of 50 years of Confederation, planned for 1917, was displaced because of the war, and Parliament passed an Act allowing for the celebration of the country’s 60th anniversary. The festivities were shifted from July to August so that Edward, Prince of Wales, and the honorary patron of the Canadian Legion could participate. The Prince and Prime Minister William Lyon Mackenzie King opened the Exhibition on August 27 and on the 30th, the Exhibition marked Alberta’s, Warriors’ and Young Canada’s Day. Prince Edward and his brother, Prince (later King) George, formally opened the new Princes’ Gates at the eastern end of the grounds. At the close of the ceremony, Edward reviewed “the largest parade of both service and ex-service men since the days of the Great War.” Over 17,000 soldiers marched before the grandstand, including veterans from every province, as well as regular infantry units.

It was clear that Warriors’ Day had become an institution and the parades continued through the 1930s. In addition to the parades themselves, each year the Exhibition sponsored a lunch for veterans, their organization, politicians and others. In 1939, with Canada again at war, the Board of Directors placed the grounds and buildings of the Exhibition at the disposal of the federal government. In 1942, it was announced that the Exhibition would be cancelled for the duration of the war. The Warriors’ Day Council, a Council that was established to organize the veterans’ parade, approved the decision. In 1947, the Exhibition reopened and Warriors’ Day had 275,000 people in attendance, a new one-day high. The parade even included contingents from the United States.

The Warriors’ Day Parade has remained an important annual event. Since the end of World War II, the Parade’s Reviewing Officers have included such distinguished figures as the Earl Mountbatten of Burma, K.G. (1948), Field Marshall the Right Honourable Viscount Montgomery of Alamein, K.G., G.C.B., D.S.O., Deputy Supreme Commander the Allied Powers in Europe (1953), General Paul D. Manson, C.M.M., C.D., Chief of Defence Staff (1986) and Major General Lewis W. MacKenzie (1995). The Parade continues to be organized by the Warriors’ Day Parade Council, made up of retired naval, army and air force personnel from all ranks, elected for their expertise and ability. Council members work year round, donating their time.” 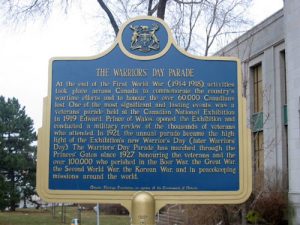 On Saturday, August 18, 2001, the Ontario Heritage Foundation unveiled a provincial plaque commemorating the 80th anniversary of the Warriors’ Day Parade on the grounds of the CNE.

The plaque reads as follows:  “At the end of the First World War (1914-1918), activities took place across Canada to commemorate the country’s wartime efforts and to honour the over 60,000 Canadians lost. One of the most significant and lasting events was a veterans’ parade held at the Canadian National Exhibition in 1919. Edward, Prince of Wales, opened the Exhibition and conducted a military review of the thousands of veterans who attended. In 1921, the annual parade became the highlight of the Exibition’s new Warrior’s Day (later Warriors’ Day). The Warriors’ Day Parade has marched through the Princes’ Gates since 1927, honouring the veterans and the over 100,000 who perished in the Boer War, the Great War, the Second World War, the Korean War, and in peacekeeping missions around the world.” 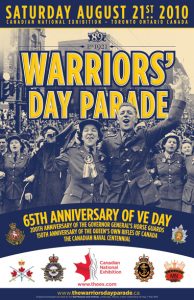 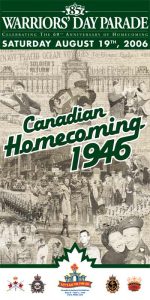 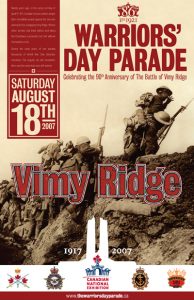 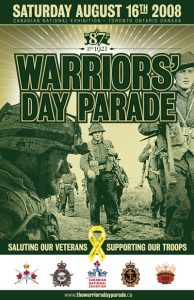 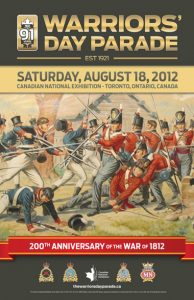 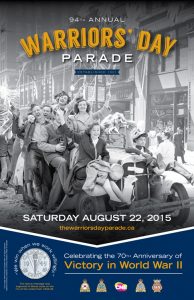 The CNE is hosting a virtual event this year celebrating the 100th Anniversary of the Warriors’ Day Parade which can be watched here:

February 23rd marks the anniversary of Canada’s first powered flight in Canada, when, in 1909, pilot J.A.D. McCurdy flew the Silver Dart nearly 800 metres in Baddeck, Nova Scotia. This first flight over 100 years ago paved the way for today’s dedicated aviation and commercial pilots to connect people and move goods safely and quickly…

National Wildlife Week is celebrated every year in Canada during the week when April 10 occurs in commemoration of John (“Jack”) Thomas Miner, also known as “Wild Goose Jack”. Jack was a conservationist and lecturer who created one of North America’s first bird sanctuaries and was one of the earliest to attach bands to the legs…