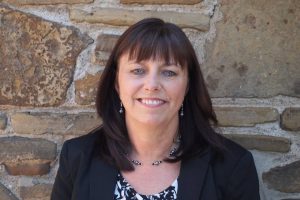 It is with heavy hearts that the Staff and Board of Heritage Mississauga announce the passing of our valued team member Jenny Walker.

For the past seven years Jenny has served as the Program Developer for Heritage Mississauga. She lent her time and talents to developing heritage components for many community programs including the Carassauga Canada Pavilion, Italfest, Bollywood Monster Mashup and Doors Open Mississauga, amongst other events.

She was also one of the driving forces behind Heritage Mississauga’s signature awards gala, The Credits. Jenny will be greatly missed by a wide array of friends and colleagues.

Jenny (Jennifer Jill Walker), 1962-2018, recently moved to Dundas, Ontario. She passed away on November 29th after a short battle with cancer. Born in Sunderland General Hospital, North East England to Leonard and Irene Wright (nee Watson) and was the younger sister to Neal. She is survived by husband Neil and children James, Liam, and Alexandra. The family moved to Mississauga in 2006 where Jenny completed her history degree at the University of Toronto. She then worked as the Program Developer with Heritage Mississauga up until her diagnosis. A memorial service will be held at Christ Church, Dundas at 2:00 p.m. on Friday, December 7th. The family requests in lieu of flowers, donations be made to the Juravinski Hospital and Cancer Care Foundation.

As recounted in an earlier article in this series, there was a time, many years ago, that steamships traversed the Great Lakes, carrying passengers to and from larger cities to various stopping places, ports, and pleasure grounds. Each of the Great Lakes, and many of the smaller lakes in “cottage country”, was served by steamships….