Heritage Mississauga invites you to join us in the celebration of over 200 years of history, as we unveil a commemorative interpretive plaque dedicated to the members of the Mississaugas who participated in the signing of Treaty 13-A, on August 2nd, 1805.

Treaty 13-A was signed between the Native Mississauga and the British Crown at the mouth of the Credit River at the Government Inn. The four Mississauga Chiefs who signed the treaty were: Quennepenon, Chechalk, Okamepenesse and Wabukanyne.

The ceremony will include an official opening by Elder Garry Sault.

Bringing opening remarks on behalf of the Mississaugas of the New Credit First Nation Chief and Council: Councillor Stacey LaForme. 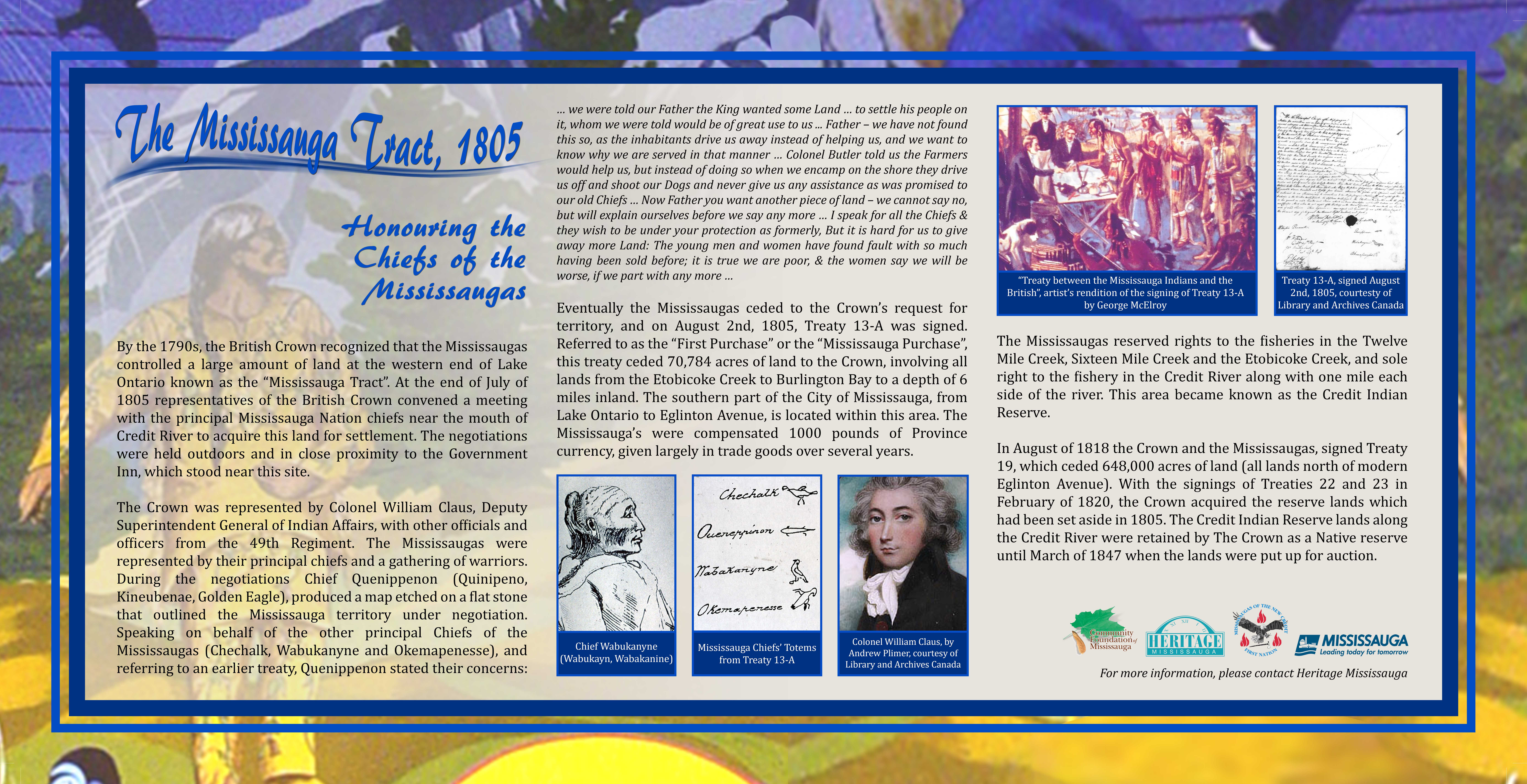 He glances at his watch.  1100 hours.  It’s Saturday morning, April 30, 1949. Today is a warm, early spring day at the Malton Airport and with a light breeze it seems a perfect day for flying. The pilot prepares for a short routine test flight of the war surplus training aircraft`s fuel system. It’s a…

Tomorrow is St. Patrick’s Day, which offers us a wonderful chance to reflect on some of our city’s early Irish connections. There were many families who came to settle in historic Mississauga who originated from Ireland – and were of both Catholic and Protestant faiths. We had historic fraternal organizations with firm Irish roots established…

Welcome to our 30th installment of “Ask a Historian”. Join Historian Matthew Wilkinson for a special Christmas episode of “Ask A Historian” on December 24. 2020 at 4:00 p.m. This week Matthew welcomes guest Lindsay Doren, Education & Engagement Coordinator at the Museums of Mississauga, as they journey to Christmases past and explore the traditions,…

On Sunday November 28, 2021 the first memorial in Canada dedicated to the Polish airmen, ground personnel and Women’s Auxiliary Air Force serving in the Polish Air Force alongside RAF during the Second World War was unveiled outside the John Paul II Cultural Centre in Mississauga. “The Spiral of Victory” monument honours the critical role…