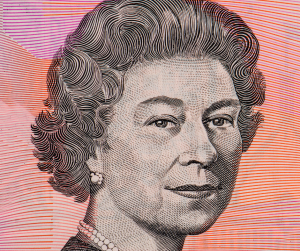 London Bridge is down. Queen Elizabeth II has passed. This is the end of the second Elizabethan age. Flags are lowered, and countless tributes and condolences are being shared.   People around the world are remembering a remarkable life well lived in the service of others.

Her Majesty Queen Elizabeth II ascended to the throne of Great Britain and the Commonwealth in 1952. In 1953, through the Royal Stiles and Title Act, Elizabeth II was formally conferred as the Queen in right of Canada.

During her reign there have been 15 British Prime Ministers, including Winston Churchill and Margaret Thatcher; 13 Governor Generals of Canada have served under the Queen, including Jeanne Sauve and Adrienne Clarkson; she was Queen of Canada during the tenure of 12 Canadian Prime Ministers, including Louis St. Laurent, Lester B. Pearson and Pierre Trudeau; in Ontario there have been 11 premiers during her time, including Leslie Frost and Bill Davis. Heads of state drew on her great experience for help and advice.

Here at home, she was monarch for 11 Reeves and 18 mayors (this list combines Toronto Township, Streetsville, Port Credit, the Town of Mississauga and the City of Mississauga). They include Anthony Adamson, Mary Fix, Robert Speck, Martin Dobkin, Ron Searle, Jack Graham, Bill Tolton, J.C. Saddington, Hazel McCallion and Bonnie Crombie, amongst many others. All names notable in our collective histories, and all serving under one Queen.

You do not have to be a monarchist or royal watcher to reflect on the stability and continuity provided by our official, if ceremonial, head of state. One tribute called her the respected grandmother of nations, a calm and steadfast voice of reason and purpose, and the moral conscience of Great Britain, the Commonwealth, and her allies.

She was known for being composed, pragmatic and private. She had a sharp wit and dry sense of humour. She had a love for horses, racing and corgis. She was also a mother of four, grandmother to eight, and had twelve great-grandchildren.

In 1947, before she became Queen, Elizabeth declared that “my whole life whether it be long or short shall be devoted to your service …” In reflecting on her life and times, we can truly say that she lived up to that promise, embodying the spirit of selfless service and a sense of duty.

Heritage Mississauga extends our condolences to her family, the citizens of Great Britain, and to all throughout the Commonwealth.

Way Back Wednesday: The History of Jan’s Trail

Today is Earth Day, which is marked by more than a billion people every year as a day of action to change human behavior and create global, national and local policy changes. The collective fight for a clean and sustainable environment continues with increasing urgency, as the ravages of climate change become more and more…

March 28th is National Weed Appreciation Day! DYK weeds are an important part of our ecosystem? Take one of our childhood favorites, the Dandelion, otherwise known as Taraxacum officinale, pissenlit, dent-de-lion, and pissenlit officinal… a weed by any other name! Many of us loved to blow the dandelion seeds into the wind but these weeds…