In Memory of a friend of Heritage in Mississauga

Obituary: After a brave and valiant fight, “Lenny” gently passed at Trillium Hospital on August 28, 2013. He will be forever missed by his loving partner Maureen, brothers Ronnie, Kenny, Robert, sister Geraldine and many nieces and nephews. Predeceased by his parents Gerald and Irene Walsh. Leonard was a real estate agent, musician, graphic artist, salesman, contractor and avid motorcyclist in his short life. His enthusiastic spirit touched the hearts of all who knew him. His kind and generous nature will always be remembered by those of us who were fortunate to have been graced by his remarkable love and friendship.

A celebration of Leonard’s life will be held at the Funeral Home of Skinner & Middlebrook Ltd., 128 Lakeshore Rd. E., (one block west of Hurontario St.) Mississauga on Saturday September 7, 2013 at 10 a.m. Cremation has taken place.

Leonard was a dedicated member of our heritage community and a strong supporter of the Old Port Credit Heritage Conservation District. His original song, Dundas Shale, as well as his enthusiasm for his community’s history, helped to bring history to life. 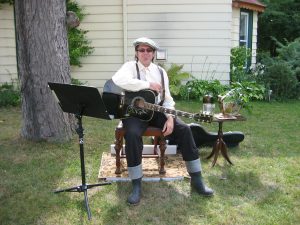 Heritage Mississauga is saddened by the news that in the evening of September 8, 2020 one of Malton’s historic buildings, Victory Hall, was the target of an arson attack. The damage to the building was quite extensive however there were no injuries reported. Ward 5 Councillor Carolyn Parrish acknowledged the quick response by fire fighters…