Predeceased by his parents Louis and Edith (Speers) Joyce, and his 3 brothers Samuel, Charles and Edwin. He leaves his wife Mary Elizabeth (Hutchison) Joyce and 3 children Shirley (Ron Lysen), Ottawa; Grant Joyce (Geannerise), Antigua W.l.; and Gordon Joyce (Cathie), Port Credit; and 5 grandchildren and 4 great- grandchildren. Born and raised in the Port Credit and Bronte area, Lorne was Navy Veteran of WWII, an amateur Marine Historian and a local Optometrist. He was honoured with a lifetime achievement award recently by the Lieut. Governor. Visitation will be held at the Funeral Home of Skinner & Middlebrook Ltd., 128 Lakeshore Rd. E. (one block west of Hurontario St.), Mississauga, on Wednesday, August 28, 2013 from 6-8 p.m. Graveside service will be held at St. Jude’s Cemetery, Oakville on Thursday, August 29, 2013 at 11 a.m. In memory of Lorne, please make a contribution to your local historical society or the A.J. Fisher Fund at the School of Optometry at the University of Waterloo.

Lorne was a champion of local and marine history, with a particular passion for the history of Port Credit and all things nautical. Lorne regailed our community for many years with rich stories of Port Credit marine heritage, relaying stories of the days of the stonehooking trade, the runrunners, and the commercial fishery that once thrived out of the Port Credit harbour.

Lorne Joyce has lived and breathed the history of Port Credit all of his life; he grew up with an appreciation of the importance of remembering the people, places and events that came before us, shaping who we are today.

From its beginning in 1963, Lorne supported the Mississauga South Historical Society as a member, as Past President and member of the Executive, sharing historical information, stories, and folklore with its members and displaying the many artefacts and historical images from his personal collections. Lorne contributed his knowledge and experitse to several publications on local history. Lorne was also a proud supporter of Heritage Mississauga and the Marine Museum in Michigan.

In 1999, Heritage Mississauga recognized Lorne’s significant contributions to local history with the MHF Heritage Award. In 2006 Lorne recieved a Cultural Heritage Award from the Ontario Heritage Trust for outstanding contributions as a volunteer with a historical society, museum or historic site.

The heritage community of Mississauga has truly lost one of its beloved and respected alumni and Lorne will be truly missed by all who knew him. 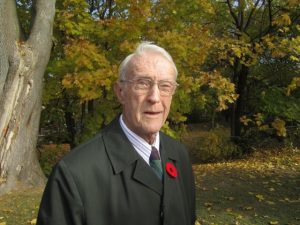 Ask A Historian: The Twinning of Kariya Japan and the City of Mississauga

Welcome to our 56th installment of “Ask a Historian”. Join Historian Matthew Wilkinson for our next episode of “Ask A Historian” on July 8, 2021 at 4:00 p.m. on our YouTube channel. This week Matthew welcomes Stephanie Meeuwse, Collections Supervisor at Museums of Mississauga and President of the Mississauga Friendship Association, as they explore the…

Welcome to our 53rd installment of “Ask a Historian”. Join Historian Matthew Wilkinson for our next episode of “Ask A Historian” on June 17th at 4:00 p.m. on our YouTube channel. This week Matthew answers questions about the people and poets who influenced the landscape of Mississauga as well as revisits the Royals and their…