Thai Pongal is a harvest festival celebrated by Tamils in Mississauga and in communities throughout the world.

It is observed at the start of the month Tai according to Tamil solar calendar and this is typically about January 14.

The festival is named after the ceremonial “Pongal”, which means “to boil, overflow” and refers to the traditional dish prepared from the new harvest of rice boiled in milk with jaggery (raw sugar).

This marks an important occasion in the calendar year for Tamils, since it’s an opportunity to give thanks to nature for providing bountiful harvests, while at the same time acknowledging the promise and hope of new beginnings. 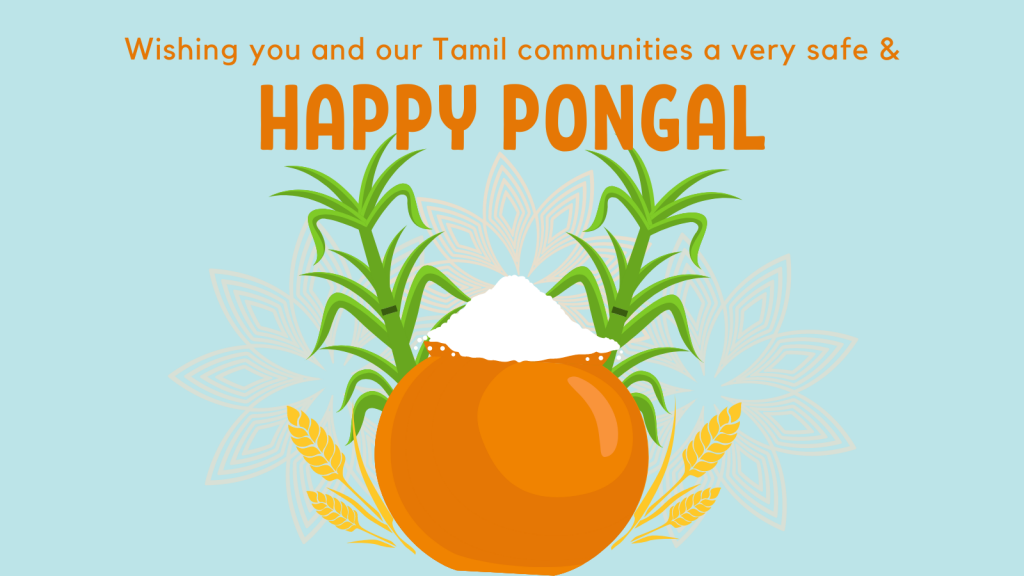 Your #HeritageHealth Matters: Be Part of the Conversation

Your #HeritageHealth Matters January 28, 2021 is #BellLetsTalk Day started by Bell Canada in an effort to raise awareness and to combat stigma surrounding mental illness in Canada. Building on ten years of increased awareness and acceptance around mental health, #BellLetsTalk focuses on engaging Canadians to take action to create positive change for mental health….

We said goodbye to our dear friend Métis Elder Joseph Paquette on Wednesday March 18, and we are heartbroken. Our condolences are extended to Joe’s wife Pam, his family and friends. Joe was a mentor, teacher, Elder and, most importantly, our friend. We will miss his visits and the long conversations we had. Always one…

Join us for our first webinar in our 2021 Indigenous Conversations series, as we welcome Former Chief of the Mississaugas of the Credit First Nation, Carolyn King. Carolyn delivers her unique, informative workshop, Indian 101. She has been engaged by government, colleges and universities, businesses and community organizations to do cross-cultural training sessions and presentations to help people…