The Steen family came from County Donegal, near Londonderry, Ireland. William Steen (1774-1838) together with his wife, Rebecca Weylie (1774-1867), came to Canada in 1825 and settled on a farm along the Credit River, just to the east of Streetsville. William and Rebecca had 10 children. Their second child was Nathaniel Steen (1800-1867), and he purchased the farm here from his father in 1832. Nathaniel He was referred to as an industrious, energetic and successful farmer. Nathaniel and his wife Isabella (1800-1893) had had four children: Jane, William, Nathaniel Jr. and Ephraim. 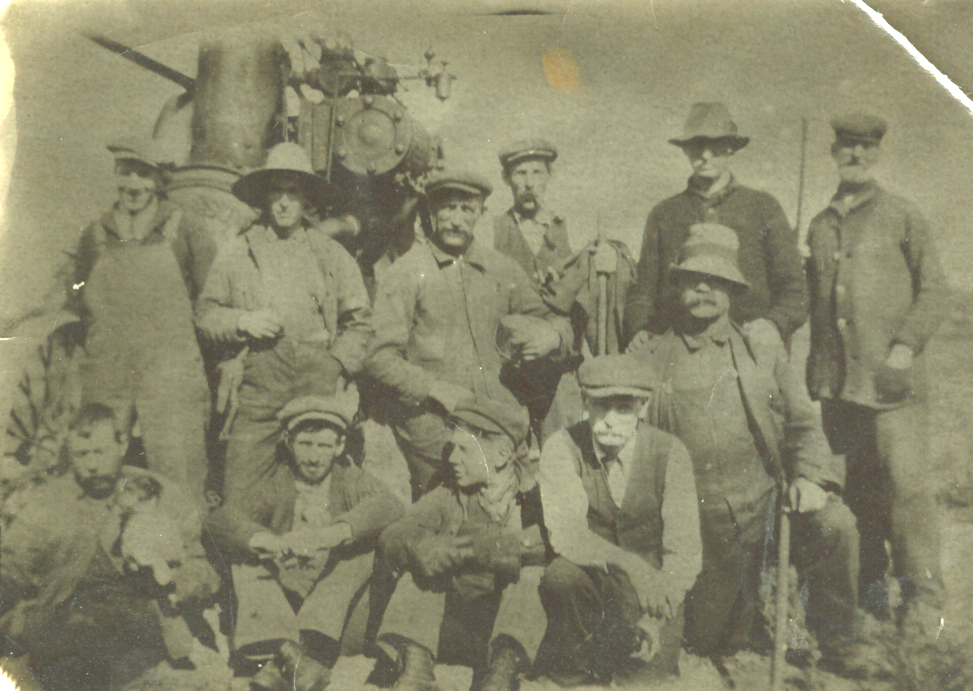 When Nathaniel Sr. passed away, his will left the farm to son Ephraim (1847-1893). Ephraim’s widow, Mary Ritchie, sold the farm to their son, Thomas Steen, in 1908, who in turn transferred the farm to his son, James, in 1956. The Steen family had owned this land from 1825 until 1965, when James sold the farm. The road name remembers this early settling family.

It can be found on their website here: https://www.modernmississauga.com/main/2019/4/24/the-history-of-mississaugas-steen-drive

Demolition of the historical house and barn

Development at the former Pinchin Farm and the Leslie Log House As many have undoubtedly noticed, the long-anticipated demolition of the Pinchin house and barn recently took place. Unfortunately, it was not possible to save either the historic house or barn due to advance decay and structural uncertainty. It was unfortunate to lose two significant…

He glances at his watch.  1100 hours.  It’s Saturday morning, April 30, 1949. Today is a warm, early spring day at the Malton Airport and with a light breeze it seems a perfect day for flying. The pilot prepares for a short routine test flight of the war surplus training aircraft`s fuel system. It’s a…