As we look at the aviation icons and heroes connected to Mississauga, we remember our fallen soldiers who served as pilots in the Second World War.

Certainly one of the most tragic aspects of war is the loss of life suffered by so many young soldiers. Many of the loved ones at home were fraught with anxiety about receiving the delivery of notification that their son or husband was killed in the conflict.

Pilot Officer Douglas ‘Doug’ McIntosh Burgess was born on May 15, 1922 in Port Credit, Ontario and died on January 31, 1942 in Carlisle, England.

PO Burgess attended Port Credit public and high schools (1935-1939) and studied aeronautical engineering at the Central Technical School in Toronto (1939-1940). PO Burgess was a “keen aviation enthusiast” and joined the Toronto Flying Club several years before he enlisted in the RCAF. During school vacations, PO Burgess worked as a mechanic at the flying club and as an apprentice air engineer at the No. 1 Elementary Flying Training School in Malton until he joined the RCAF on 29 October 1940. When PO Burgess enlisted in the RCAF, he already had his private pilot’s license and was thus far more qualified than most other RCAF pilot applicants.

PO Burgess was informed that he was to be shipped out to England in late October, which was two months earlier than expected. This sudden change of plans prompted PO Burgess’ parents to fly to Nova Scotia to see him one more time before he left Canada. PO Burgess arrived in England in November 1941 and was attached to No. 1 Coastal Operational Training Unit RAF Silloth sometime after his arrival.

PO Burgess was killed during flight training operations around 11 AM on 31 January 1942 when his aircraft, Lockheed Hudson T9308, struck the chimney of a house. The aircraft crashed into a field just outside Corby, England, killing both PO Burgess and his observer, Sgt John Ralph Vigurs Bones. PO Burgess was 19 years old.

PO Burgess’ funeral was held on 5 February 1942, at the RAF Silloth cemetery. Two of PO Burgess’ brothers – most likely Captain John Murray and Lieutenant William James – were present at his funeral.

Port Credit High School held a general assembly and moment of silence in mourning of PO Burgess’ death on 3 February 1942.

Heritage Mississauga continues to research, record, and celebrate, the fallen soldiers from Mississauga, Our Boys.

Thank you to John Eigl, Historical Researcher at Heritage Mississauga, for his efforts in locating information on Our Boys. 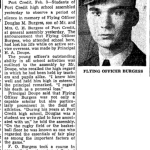 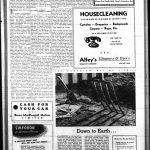 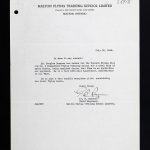 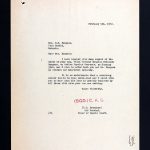 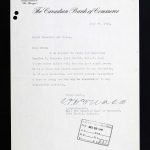 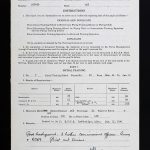 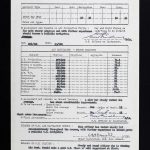 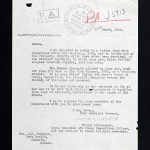 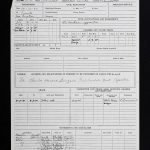 You can watch the interview on Ask A Historian with John on the processes and resources he used to gather information on soldiers and explore their connections to Mississauga.

Join Historian Matthew Wilkinson on Saturday December 5, 2020 at 10:00 a.m. as he explores the history and the myths about Santa Claus. Matthew delves into the various iterations, traditions and celebrations of this iconic figure, and looks at the influence Santa has had around the world and in the commercial realm. #ApartTogether we explore…

Provisional Agreement 13-A was ratified with the signing of Treaty 14 on September 5, 1806, also known as the “Head of the Lake Purchase”. The Mississaugas were compensated 1000 pounds of Province currency, given largely in trade goods. Treaty 14 encompassed some 85,000 acres of land. Treaty 14, was  signed William Claus on behalf of…