The inspiration for the “Way Back Wednesday” article series is the exploration of names found on the landscape of Mississauga – road names, park names, building names and other commemorations and remembrances. After all, regardless of when a name is applied, people do not name things (or take pictures of things) that they want to forget. However this week’s subject does not have a remembrance on the modern landscape, although there was thought in 1959 of creating one. 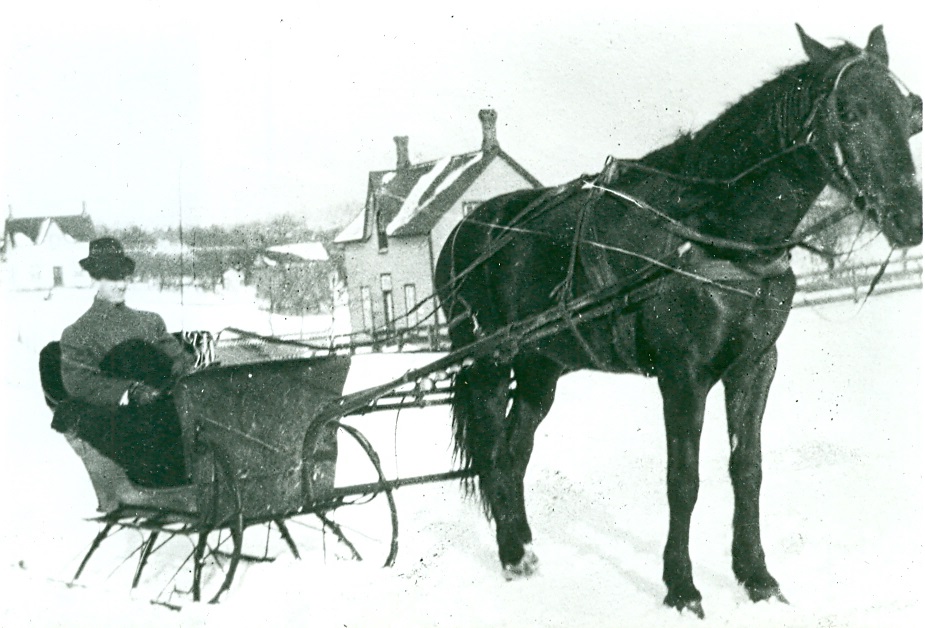 Doctor Arthur Bennett Sutton (1882-1958) was the first doctor to establish his residence and practice in Port Credit. Arthur came from a family of doctors. His father, Doctor Marshall Sutton (1850-1916) had established his practice in Cooksville. His uncle, James Sutton (1840-1918), was also a doctor, and practiced near Lucan, Ontario (he was the local doctor during the Donnelly years for those interested in that dark chapter of Ontario’s history). Arthur’s brother, Harold Chester Sutton, was also a doctor, and took over his father’s practice in Cooksville after serving in the First World War.

Arthur received his education at Parkdale Collegiate and the University of Toronto, graduating in 1904. He received his medical license through the New York University School of Medicine around 1907, and established his own practice on Park Street in Port Credit in 1908. Arthur came to be known as “Young Doctor Sutton”, in deference to his father who practiced in Cooksville until his death in 1916. Arthur was married to Helen Elliott, and the couple had two children: Marshall and Edward.

In additional to his local practice in Port Credit, Arthur served as the regimental physician for the 36th Peel Regiment (Lorne Scots). Arthur’s practiced spanned the arrival of automobiles, and he known to keep both a car and a horse and buggy (and a sleigh in the winter).

“Young Doctor Sutton” was a beloved Port Credit citizen, a “faithful and dedicated friend”, a member of St. Andrew’s Presbyterian Church, and an avid golfer at the Mississaugua Golf and Country Club. It was said of him “the he was highly revered throughout Peel County and a well-respected member of the medical profession.” There was a local notion in Port Credit in commemorating the doctor’s long service to the community in some fashion – discussions were held in Port Credit Council to “install a public fountain or some other such measure” in his memory, however it does not appear that anything materialized.

It can be found on their website here: https://www.modernmississauga.com/main/2020/4/29/the-history-of-mississaugas-doctor-arthur-bennett-sutton

Welcome to our thirteenth installment of “Ask a Historian”. Every week Heritage Mississauga will be taking questions about the history and heritage of Mississauga which our Historian, Matthew Wilkinson, will answer on Thursday afternoons. #ApartTogether, Heritage Mississauga is the source for inquiries and curiosity about our beautiful city as we continue our mandate to research,…

What’s In A Name? Making a Robinett/Robinette Connection To President Joseph Biden

This might prove challenging to follow the story thread here, and I will readily admit that connecting the dots here is a bit of a stretch. But … Yesterday, while watching the inauguration of new American President Joseph Biden #potus, the reference to his middle name of “Robinette” caused me to pause and wonder. Could…

Our Boys: Mississauga Remembers The First World War & The Battle of Vimy Ridge