Today in History: The Unknown Soldier

On May 25, 2000, during a ceremony at the Canadian National Vimy Memorial, the Commonwealth War Graves Commission turned over the casket of the “Unknown Soldier of Vimy” to Canada, which was then taken to the Hall of Honour in the Centre Block of the Parliament Buildings in Ottawa.

For three days Canadians were in invited to pay their respects to the Unknown Soldier. On May 28, 2000, the remains were transported by a horse-drawn-carriage to the National War Memorial where he was laid to rest during a celebration attended by the public and various dignitaries. The Tomb of the Unknown Soldier consists of a granite sarcophagus enclosing a casket with a bronze relief sculpture that is secured to the top with stainless steel pins.

The Tomb of the Unknown Soldier has become a place of commemoration for Canadians and a place to honour the sacrifices and lives on which our freedoms were built. 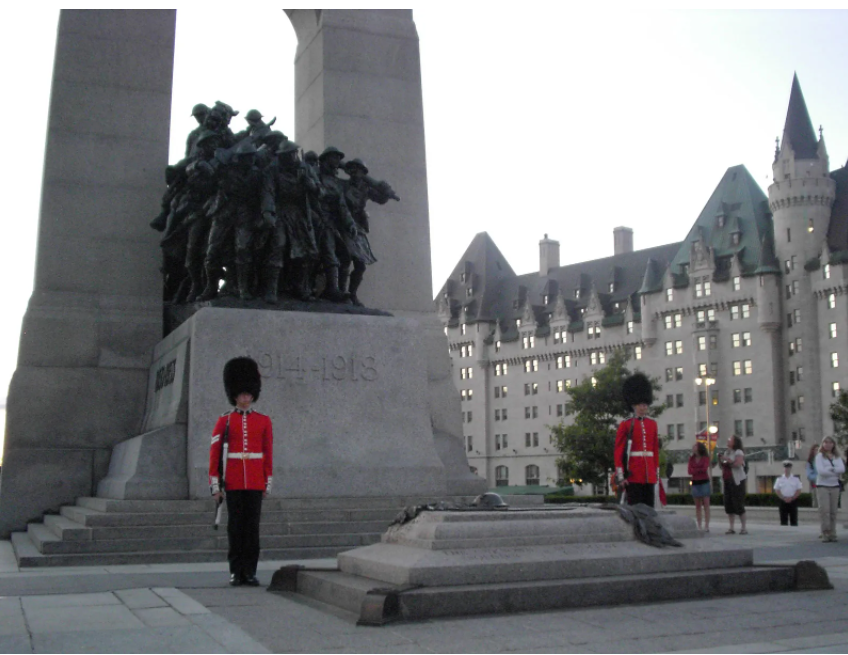 Ruth Teverson Hussey (1915-1984) immigrated from England to Clarkson in 1954 and would come to be known as the “guardian angel of Rattray Marsh”. She loved nature and animals from her childhood and took these interests with her to Clarkson. She worked as a veterinarian and dog breeder, however her falling eyesight forced her to…

Celebrating The Holiday Season PLUS A Special 60th Anniversary Newsletter!

Heritage Mississauga is pleased to announce the launch of our “Heritage News 2020 – Special 60th Anniversary Issue” newsletter today as our gift to you for the holiday season. Join us as we reflect on the last year, and recall the last decade, at Heritage Mississauga and celebrate all of the events, programs, people, and…