The First Canadian Commander of the International Space Station

Col. Chris Hadfield became a global phenomenon renowned for his incredible accomplishments as the First Canadian Commander of the International Space Station and for his contributions to the Canadian Space Agency, but he is equally known for his humour and ability to ignite interest in space exploration on a global scale…and perhaps for his vocal abilities covering David Bowie’s “Space Oddity”.

“A moustache can tell you a lot about a man. When properly administered, it can say, “this man has commanded spacecraft”, “this man escorted Soviet bombers out of Canadian airspace”, or “this man lived in a research vessel at the bottom of the ocean.” These can be tall orders to live up to – having a moustache is a big responsibility. Col. Chris Hadfield has spent a lifetime living up to that responsibility. He flew again in 2001, installing Canadarm2. He served as Chief of Robotics, CapCom, and NASA’s operation in Russia, eventually going on to pilot a Russian Soyuz. The first Canadian commander of the International Space Station, a New York Times bestselling author, YouTube sensation and truly engaging speaker, Chris has worked hard to earn the right to wear his moustache. ”

Col. Hadfield has inspired millions of earth dwellers (and perhaps beyond) through his many breathtaking posts on his social media channels, many that were posted from the International Space Station!

One of the many honours achieved by Col. Hadfield is the Chris Hadfield Public School in Mississauga that opened in 2015 and was named in his honour.

On #NationalAstronuatDay, we recognize the international contributions Col. Hadfield has made, the pride he has instilled in Canadians, and the interest he has sparked across many generations.

Watch the incredible videos of space exploration and experience the life of an Astronaut on the Canadian Space Agency’s YouTube channel
https://www.youtube.com/c/canadianspaceagency/playlists 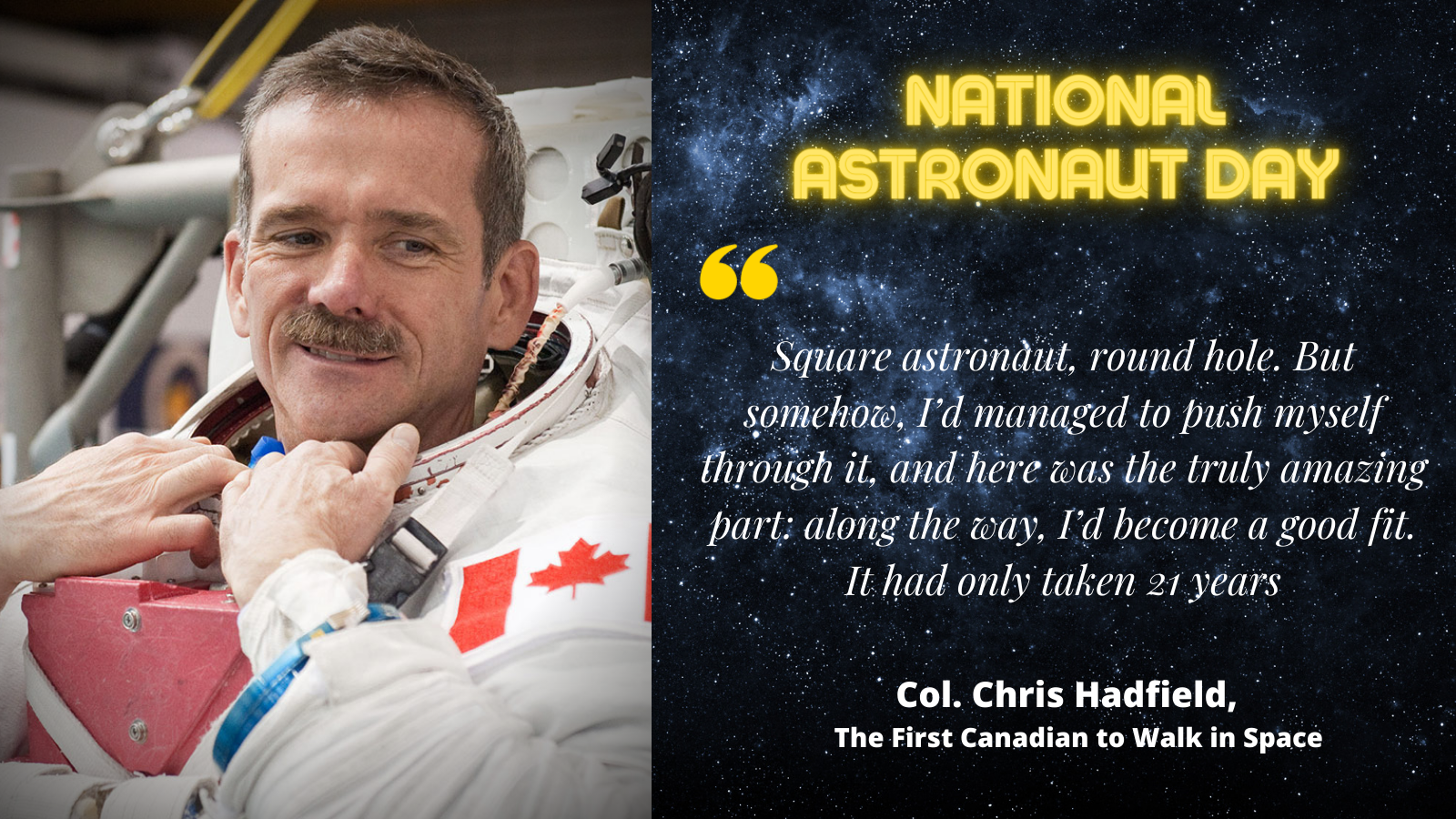 Join Heritage Mississauga for our Saturday Matinee series: “Stories of Canada’s Pride: The AVRO Arrow” which features presentations and stories of the iconic AVRO Arrow. The introductory productions, “The AVRO Arrow: It’s Malton’s History” and ” After the Arrow: The Beginning of the Canadian Space Program”, are presented by renowned engineer and aerospace expert Bill…

Treaties Recognition Week (November 1 to November 7, 2021) highlights the history of treaties and helps Ontario residents understand the significance of treaty rights, treaty relationships, their relevance today, and the impact of promises made, promises kept, and promises broken. Throughout the week we will look at five of the treaties connected to the City…