Way Back Wednesday: The Early Roots of Lakeview in Mississauga 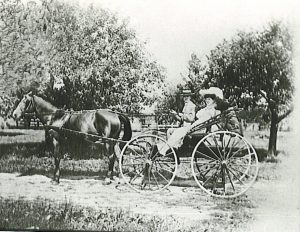 Back in 1919 Henry Ardagh had a plan to develop a small residential community on the north side of Lakeshore Road and east of Dixie Road, near to the Etobicoke Creek. Ardagh had purchased 15 acres from the Duck family of Lakeview. Ardagh laid out roads and lots as part of his “Ardmore Plan”. The streets in the subdivision received the names Orchard Hill Road, Cherriebell Road, and Deta Road – all of which connect to the Duck family who farmed here. 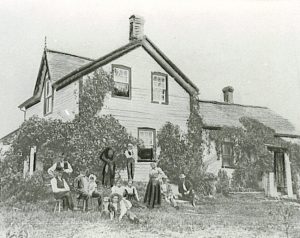 William Duck was amongst the earliest settlers in the Lakeview area, and several generations of the Duck family called Lakeview home, including John Duck, George Duck and Richard Francis Duck, and the family farm became recognized for their swine and extensive orchards.

The road names laid out in 1919 remember this agricultural connection to apple and cherry orchards, and Deta Road is named for John Duck’s daughter, Deta Duck.

It can be found on their website here: https://www.modernmississauga.com/main/2019/7/10/the-early-roots-of-mississaugas-dixie-and-lakeshore-road-neighbourhood

June marks National Indigenous History Month, with a particular date focus on June 21, 2020 as National Indigenous Peoples Day. Heritage Mississauga would like to encourage Canadians to celebrate and learn more about the cultural identity and diversity of First Nations, Metis and Inuit peoples. As the source for heritage in Mississauga, we are pleased…

Ask A Historian: Q&A on the Birth of Malton, Street Names, and Fences Found Around the City

This week Matthew answers questions about the birthday of the city of Malton, the naming of Shaw Drive, sweet businesses that existed in Port Credit, and a historic fence found around the city. Heritage Mississauga is the source for Mississauga’s heritage and we receive many inquiries about historic, people, places, milestones, and curiosities from historic…

Ask A Historian: The History and Rise of the Meadowvale Islamic Centre

Welcome to our 50th installment of “Ask a Historian”. Join Historian Matthew Wilkinson for our next episode of “Ask A Historian” on May 27th at 4:00 p.m. on our YouTube channel. This week Matthew welcomes guest Tahir I. Qureshi as they explore the history of the Meadowvale Islamic center (MIC) and the dedication of the…