In celebration of #NationalAstronautDay, we would like to recognize some of our iconic Canadian Astronauts and explore their connection to Mississauga.

One of Canada’s most well-known Astronauts is Dr. Roberta Bondar. On January 22nd 1992, Dr. Roberta Bondar became the first Canadian woman and the world’s first neurologist in space, launching aboard the Space Shuttle Discovery on Mission STS-42 to conduct experiments in the International Microgravity Laboratory (IML-1).
Dr. Bondar graduated from UTM (then Erindale College) in 1974 with a PhD in neurobiology and she also holds a B.SC. (zoology and agriculture), an M.Sc. (experimental pathology), an MD, as well as numerous honorary degrees from multiple universities.

She has also received many honours including the Order of Canada, the Order of Ontario, the NASA Space Medal and induction into the Canadian Medical Hall of Fame.
Roberta Bondar is truly a trailblazer whose aspirations took her beyond the limitations of earth!

DYK that Dr. Bondar’s achievements may have taken her into space, but she is a staunch advocate for the planet earth and our environment? 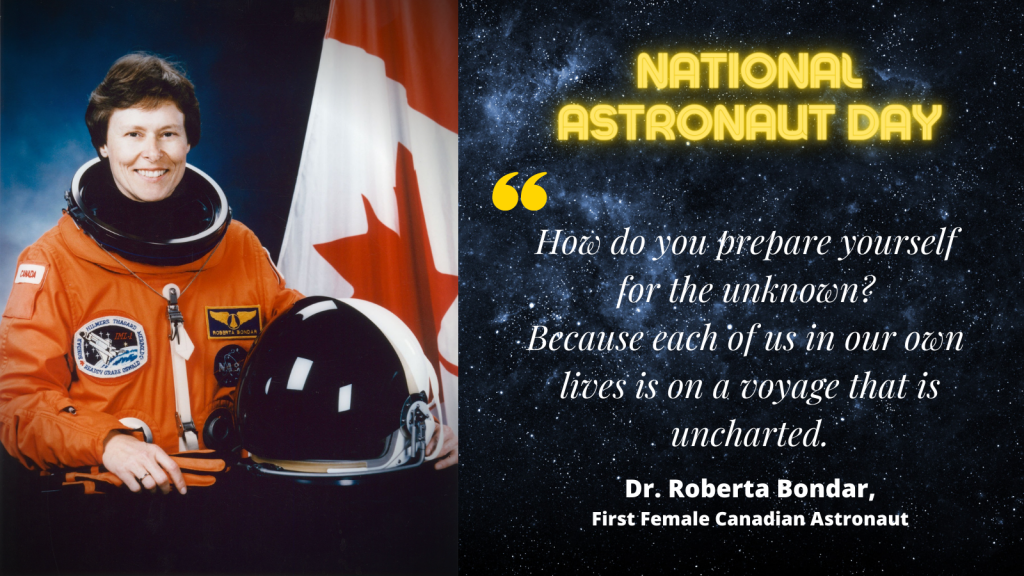 Ask A Historian: Returning to the Museums of Mississauga

This week on Ask A Historian, Matthew Wilkinson joins Lisa Abbott, Manager, Museums of Mississauga and Small Arms Inspection Building, as they discuss the many amazing current and future programs planned for the Museums of Mississauga. They revisit some of the staple programs, some returning favorites, and new programs that delve into the history of…

August 15th, 2021 commemorates the 76th anniversary of the end of the Second World War for Canada but did you know there are a few significant dates that mark the end of the War for different countries around the world? May 2, 1945 marked the end of the war in Italy and the Mediterranean. May…

Way Back Wednesday: The Forgotten Plague

There are some weeks that I struggle to find a narrative to share in our Way Back Wednesday series. Other weeks, I am bristling with ideas, but run short on research time to compile a story – I have many half-done articles in the works which will invariably become future articles in this series. And…

Way Back Wednesday: The History of Mississauga’s Barbertown Road

Continuing our theme of late in looking at early industries brings us to Barbertown Road, south of Streetsville. Barbertown Road is an early mill-access route and Credit River crossing point. A trip down Barbertown Road today will bring you to the ADM Milling Company, formerly the Toronto Woollen Mills and operated by the Barber brothers…