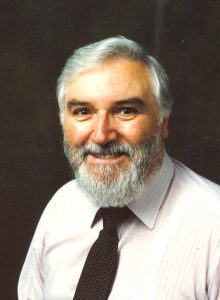 It is with tremendous sadness that we share the news of the passing of Eric Gibson on June 4, 2020. Eric spent much of the last 40 years giving back to his community – first here in Mississauga, and then in Paris, Ontario. Eric was in his 86th year.

Eric Gibson was born in South Wales and came to Canada from Derby, England in 1964. Early in his working career, Eric was employed with the aircraft engine division for Rolls Royce in both England and Canada, and for 27 years he worked for Pratt & Whitney as an Engineer and Senior Designer, first in Montreal and later in Mississauga. 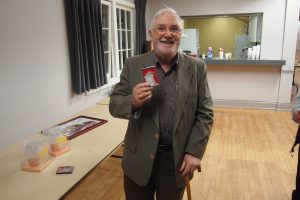 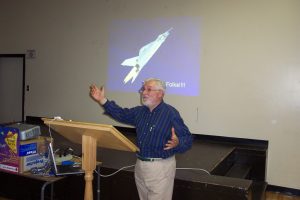 As a remarkable contributor to the efforts of HM, MSHS and PMHS, Eric participated in fundraising and awareness events, exhibits, speaking engagements, research projects, membership drives, as an actor, and as a script-writer for historic plays and tours. For many years Eric took part in the annual “Haunted Mississauga” evening, where he portrayed a multitude of historic personalities, and always with a great combination of presence, humour and respect for the story of our past. Eric had a particular affinity for things that flew or floated, and delved deeply into local history subjects ranging from the AVRO Arrow, Airships, trains, and boats on the Great Lakes. Many happy hours were spent wandering down memory lane with Eric. 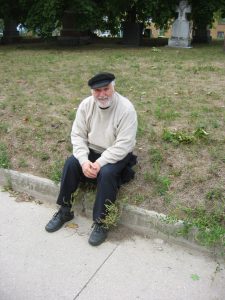 Eric was presented with a Lifetime Membership Award from Heritage Mississauga in 2008. He is also active and highly respected in the heritage world in and around Mississauga, both as an accomplished speaker and a knowledgeable historian. 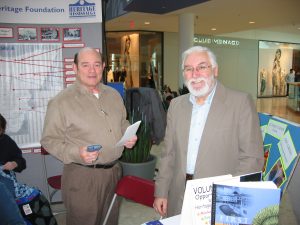 Eric was predeceased by his wife, Marian, who was a long-serving member of the Board of Directors for Heritage Mississauga. Eric will be dearly missed and lovingly remembered by many, including his cherished friend, Linda Charlton.

Welcome to our 42nd installment of “Ask a Historian”. Join Historian Matthew Wilkinson on our YouTube channel for our next episode of “Ask A Historian” on Thursday March 25, 2021 at 4:00 p.m. This week Matthew welcomes John Dunlop, Manager of Heritage Planning & Indigenous Relations at the City of Mississauga, as they explore the…

Christmas – that magic blanket that wraps itself about us, that something so intangible that it is like a fragrance. It may weave a spell of nostalgia. Christmas may be a day of feasting, or of gathering, but always it will be a day of remembrance – a day in which we think of everything…