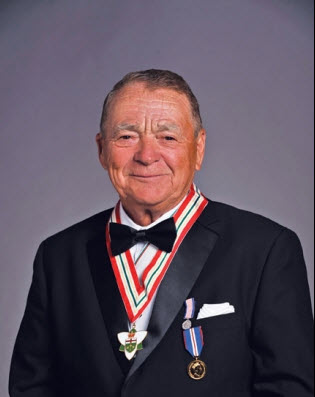 It was with tremendous sadness that we learned of the passing of Dr. Ignat (“Iggy”) Kaneff on July 12 at the age of 93. How does one remember someone who had such tremendous connections within our city, and elsewhere? Iggy was a dedicated community leader and city builder, and aside from his extensive business pursuits, he also gave back to his community through decades of philanthropic endeavours, civic contributions, and a commitment to helping others.  He freely gave countless hours and financial support toward improving the quality of life in the communities around him. He has supported the development of hospitals, churches and post-secondary institutions.

Iggy was born in Gorno Ablanovo, Bulgaria in 1926, and in a true rags-to-riches story, he arrived in Canada in 1951 almost penniless – his story was a true Canadian immigrant success story. From humble beginnings in Canada, he first supported himself through a variety of jobs, including washing dishes and floors. He soon found work in the construction business in the Applewood developments under Harold Shipp. Although Iggy lacked formal education and English language skills, he was exceptionally hard working. Within a year he had saved enough money to purchase a lot and build his first house.

He founded Kaneff Construction in 1956, initially focussing on family housing, and later venturing into high-rise construction in the 1970s and 1980s, shaping the skyline of Mississauga. For over 65 years, Iggy, together with his wife Didi and his family have “donated what would now amount to tens of millions to various educational, civic, sports and health organizations. On account of his involuntarily curtailed education, he had a strong attachment to universities, and also to organizations helping individuals with intellectual disabilities, most notably Community Living. The University of Toronto, York University, Osgoode Hall Law School and Ruse University in Bulgaria were among the countless recipient organizations.” 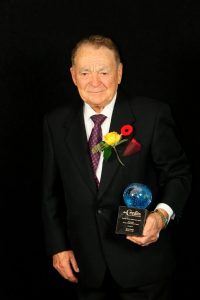 In recognition to his extensive contributions to the community, Iggy received the Order of Canada, the Order of Ontario, three Doctor of Laws degrees (University of Toronto, York University and Ruse University in Bulgaria), and an honorary degree from Sheridan College, Mississauga. He was also honoured with a Lifetime Achievement Award from Heritage Mississauga in 2015, and is a member of Mississauga’s Legend’s Row. He was also a recipient of the Queen Elizabeth II’s Diamond Jubilee Medal, the Canada 125 Medal, the Federation of Rental-Housing Providers of Ontario Lifetime Achievement Award, and the Order of Stara Planina, Bulgaria’s highest civilian honour. Among numerous other honours, he was named Mississauga Citizen of the Year in 1992.

From Iggy’s obituary: “A special quality was Iggy’s ability to inspire, support, push and encourage those around him to reach higher and accomplish more. He genuinely cared about people’s life journeys, having been a self-taught, lifelong student of history and geopolitics. He was a voracious reader, an avid golfer, a lifelong optimist, and he credited working hard, having integrity and helping others along his journey as his secrets to success. He was as proud a Canadian as can be.”

I could not say it any better.

It has been written, in historical circles, that “life dates do not matter; it is the dash in between the counts.” The “dash” represents your life and how you choose to live it, and it is the “dash” in the middle that you will be remembered by. Iggy filled that “dash” in a remarkable way. A life well-lived and well-remembered. Thank you Iggy, for all that you have given. Mississauga is a better place for you having been here.

There is so much more that could be written here, but for those interested in learning more, I suggest the following links:

National Volunteer WeeK: The Value of One, the Power of Many

Heritage Mississauga would like to thank all of our volunteers who have helped us make our events, programs, and publications such a great success. You have truly helped us to be “the source” for all things heritage in Mississauga and to continue to research, record, and celebrate our diverse heritage. Many have expressed interest in…