Recognizing Our Peacekeepers Around the World

August 9th celebrates #NationalPeacekeepersDay, which recognizes and honours the Veterans and Canadian Armed Forces personnel who have served in various peace support efforts around the world.

Established in 2008, the date August 9 was selected as National Peacekeepers’ Day to recognize the greatest single loss of Canadian lives on a peacekeeping mission, which occurred on that date in 1974.

All nine Canadian peacekeepers who were on a United Nations-marked Canadian transport aircraft were killed when their plane was shot down by Syrian missiles during a regular resupply mission in the Middle East. It was the largest single-day loss of Canadian Armed Forces personnel in a peace support operation. (veterans.gc.ca)

Today is a day to reflect on the important role and history of Canadian police and military in maintaining international peace.

Since 1948, more than 125,000 Canadian peacekeepers have participated in dozens of international efforts all over the world.

Today we express our gratitude and pride to all the Canadians who have served as peacekeepers around the world.

#ApartTogether we pray for the safety of our international peacekeepers. 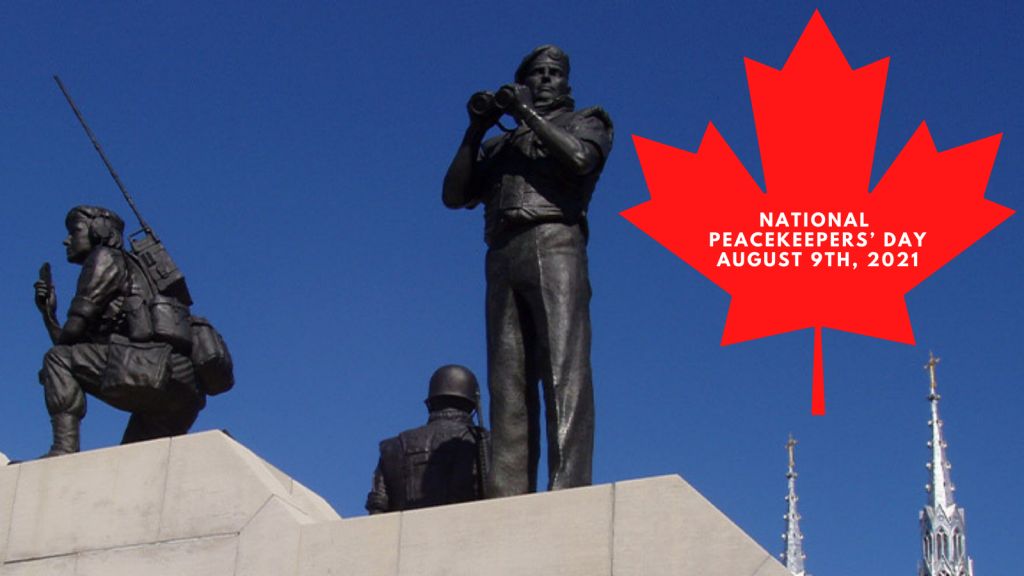 Join us as we travel back to 1812 with the documentary “Weekend Warriors” filmed during Heritage Mississauga’s Engagement at Bradley on October 21-22, 2018 and get to know some of the reenactors that bring history to life. Thompson’s Company, is a group of living history enthusiasts who, through research and living history, recreate the lives…

Heritage Mississauga invites you to attend “the Credits 2020” on December 10, 2020 at 7:00 p.m. on our YouTube channel as we honour Heritage Heroes who made significant contributions to their communities during the COVID-19 pandemic. This year we will be hosting a virtual evening gala and invite you to collectively watch the on-line ceremony…