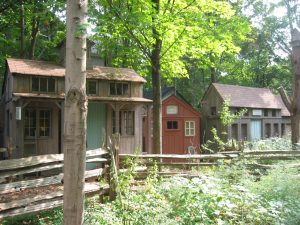 The Ontario Heritage Trust carried out a Favourite Sites survey during Doors Open Ontario 2011 in celebration of the program’s 10th anniversary. The survey consisted of 12 nominee sites in 15 different categories, and all 103 events in the program’s history were represented with at least one nominated site. There was also a category at the end of the survey for selecting a favourite overall Doors Open Ontario site.

After 3,142 individual votes, the results are now in. Please see the attached document for an overview of all nominees and all winners.

Terry Wilson and his mother Rosemary have dedicated many years to the creation of this unique site. This site is well known to many both within and outside our city. Their delightful recreation of the local mill community has been featured in large editorials in The Toronto Star and House and Garden Magazine over the years. Terry’s recent addition for 2011, was a recreation of the Meadowvale train station on the old Credit Valley Railway line in the year 1900, including the actual sounds of the incoming steam engines. The sound is a great feature for family visits, bringing folks immediately back in time – attached is an image of Terry in railway uniform. Over the years for Doors Open Mississauga, Terry and Rosemary, together with a wonderful team of volunteers, welcomes visitors in uniform and conducts tours recalling Meadowvale’s unique history.

As the winning site, Meadowvale Miniature Village will receive a certificate from the Ontario Heritage Trust in the upcoming weeks. 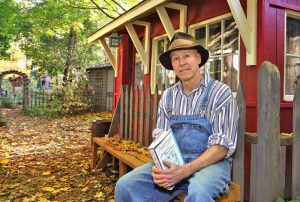 Way Back Wednesday: The History of Mississauga’s First Hospital

Way Back Wednesday: This Too Shall Pass

First and foremost, we wish everyone well during these challenging times. COVID-19 has certainly changed our daily lives and routines, affecting many of the services and resources that we rely on and take for granted. But this too shall pass. We will rally, a new-normal will emerge, and we will recall this moment, even generations…

June 19th is the official day formally established by the Ontario Government to commemorate and celebrate our Loyalist heritage. That heritage is one that belongs to all citizens of Ontario, of all cultural backgrounds, whether their ancestors were Loyalists or not. An Act (Bill 150) proclaiming June 19 as United Empire Loyalists’ Day in Ontario was granted Royal Assent on…