Heritage Mississauga and Legends Row invite you to the live stream of the 2019/2020 Legends Row Induction Celebration on Saturday November 6, 2021 at 2:00 p.m. on our YouTube channel.

Legends Row began back in 2012 and was led by Mississauga resident Ron Duquette and a small group of dedicated volunteers. Legends Row held its first induction ceremony in 2017, formally unveiling Mississauga’s “Walk of Fame”. Legends Row recognizes and celebrates the stories of our “city’s unique citizens, helping us enrich and foster community pride and spirit.”

Legends Row celebrates the achievements and contributions of prominent figures in Mississauga: “Every plaque on Legends Row recognizes an individual whose talents and accomplishments have deeply enriched our community. Visitors can explore, learn and be inspired by the Inductees and their contribution to creating a better Mississauga.”

Each year Legends Row celebrates the stories of residents, past and present, in a broad range of categories, including: athletics, arts and culture, entertainment and media, public service, business, innovation and science, community builders and leaders, and philanthropy.

Legends Row inductees are born in or have lived in Mississauga for a significant amount of time. They are accomplished in many aspects of life in our city. Through their actions and deeds, they have brought spirit and pride to our community and their contribution has not only affected life in Mississauga, but as well, across Canada and even around the world. Their talents and achievements have helped inspire tomorrow’s leaders. All Legends Row recipients are, or were, special citizens. The nomination process is open to all interested citizens.

Including the inductions that will take place on Saturday, there are now 50 residents of the city who have been honoured at Legends Row. In addition, also located at Legends Row, are a series of interpretive panels that commemorate significant past residents who lived in historic Mississauga before the city came to be. You can read about the many people who helped to shape our community before the city was born.

Legends Row is now partnered with Heritage Mississauga and we are very pleased to be part of this incredible legacy of honouring the legends of Mississauga.

Attendees of the live stream are invited to participate in the live chat during the celebration! 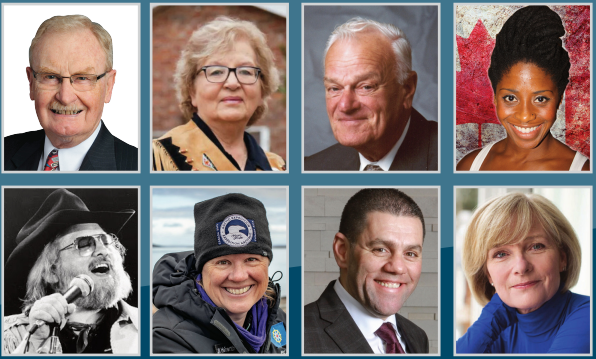 The urban legend of Buffalo Bill’s connection to Mississauga

Call it an urban legend … or at least a rural legend in its origin. There is a plaque in historic Dixie Union Chapel that references the baptism of one Colonel William Frederick Cody, better known to the world as “Buffalo Bill”. There are entire books dedicated to the story of Buffalo Bill Cody, and…

Join Historian Matthew Wilkinson for a special episode of “Ask A Reenactor” on August 5, 2021 at 4:00 p.m. on our YouTube channel. This week Matthew interviews Omar El Sharkawy, a Private in the 2nd Regt. of York Militia – Thompson’s Company, to explore how reenactors are drawn to the world of reenactment, the challenges…