Heritage Mississauga Turns 60 – The Story of Us

Heritage Mississauga turned 60 years old on December 6, 2020. While this year has not quite been the anniversary year we had originally planned, we thought we would take a moment to share, in brief, the story of us.

Heritage Mississauga, then known as the Toronto Township Historical Foundation, was incorporated on December 6, 1960, under the leadership of former Reeve Mary Fix, who served as our first president.

Our organization came into being with the donation of the Bradley farmhouse in Clarkson by Kenneth Armstrong. The Toronto Township Historical Foundation was established to oversee the moving, restoration, and operation of this historical landmark as a community museum. The Lewis Bradley Pioneer Museum opened on June 11, 1966. Formal opening ceremonies occurred on July 5, 1967 as part of our local Canadian Centennial celebrations.

In 1978 a second historic house, The Anchorage, was moved to the Bradley museum property. Our organization then faced a new challenge – fund-raising and an extensive renovation campaign. After a long road, The Anchorage was opened in June of 1992. A few years earlier, in 1989, a new head office was opened in the Mississauga Civic Centre, in addition to the original office at the Bradley museum site.

In 1994, Heritage Mississauga and the City of Mississauga reorganized their collective heritage responsibilities. The City assumed management of the Bradley Museum site, and later added Benares Historic House, which combined to become the Museums of Mississauga.

In the late fall of 2004, Heritage Mississauga found a new home at the historic Robinson-Adamson House, “The Grange”, where we continue to welcome visitors … or at least we did prior to COVID, and look forward to doing so again in the (we hope) not-to-distant future.

Heritage Mississauga operates under the direction of a volunteer Board of Directors with four dedicated staff members: Jayme Gaspar (Executive Director), Meghan Mackintosh (Outreach Coordinator), Kelly Ralston (Social Media and Programs Coordinator), and Matthew Wilkinson (Historian), and is ably supported by a dedicated team of volunteers and many community partners.

We wish everyone a happy holiday season and a safe and healthy New Year, and we look forward to continuing to connect with you as we research, record and celebrate the ever-evolving story of the City of Mississauga. 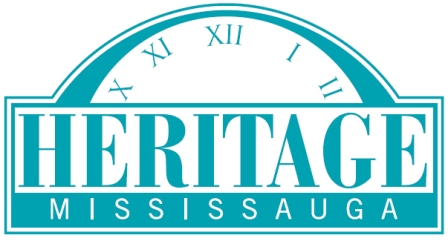 During the 1805 negotiations the Crown was represented by Colonel William Claus, Deputy Superintendent General of Indian Affairs, with other officials and officers from the 49th Regiment. The Mississaugas were represented by their principal chiefs and a gathering of warriors. The Chiefs of the Mississaugas understood that the Crown wished to share their land, although…

Heritage Mississauga continues to research, record, and celebrate Black History in Canada. Research Centre Assistant Justine Lyn has embarked on an arduous research project to gather records on the history and journey of many Black families that came to Canada. One of the many resources Justine has utilized is census records, which tell fragments of…

Way Back Wednesday: The Forgotten Plague

There are some weeks that I struggle to find a narrative to share in our Way Back Wednesday series. Other weeks, I am bristling with ideas, but run short on research time to compile a story – I have many half-done articles in the works which will invariably become future articles in this series. And…

Way Back Wednesday: The History of Wolfedale Road

We have all likely travelled along Wolfedale Road at some point in time. Wolfedale Road is a historic root of travel that was originally surveyed in 1806, and was given the numerical designation of Second Line West. Its modern road names comes in association to the Wolfe family, who operated a farm along its route…