Celebrated since 1926, World Thinking Day is a day of international friendship.

It is an opportunity to speak out on issues that affect young women and fundraise for 10 million Girl Guides and Girl Scouts in 150 countries.

The patriarch of the O’Brien family, Michael, arrived in Toronto in 1861 from Ballyman, Ireland.

By 1895, Michael’s sons Marcus and Dennis had established themselves as merchants in Springfield (Erindale). Marcus (“Mark”) opened his general store on the east end of the village green in 1892, while Dennis (“Dinny” as he was known) opened a bakery and ice cream parlour in 1904, to which he added a dancing pavilion in 1908.
Their enterprises were located on the north side of Dundas Street in the heart of the village, near to the intersection of Robinson Street.

Victor Alexander O’Brien (“Alex”, 1903-1963) was only seven years old when his father, Mark, passed away. Mark’s widow, Bridget, operated the store with her children until Alexander assumed operation in the 1920s.

In 1948, plans were made to widen and straighten Dundas Street through the village, and Alex O’Brien’s store was in its path. The old store was demolished in 1948 and new store built at the west end of the village green, set further back from the new route of Dundas Street.

This building, built in 1948, survives today at 1563 Dundas Street West. Alex and his wife Theresa operated the store until 1956, when the building was purchased by Joseph Rosen. In 1957 the store reopened as Bell’s Red and White Market, a general store that served the surrounding area until 1984-1985.

The building purchased by Frank Cosco in 1984, and in 1985 was sold to Julie on the Dundas Inc. In 1990 the building was purchased and renovated by the Girl Guide Land Corporation and became home to the Mississauga Girl Guide Centre.

This Listed heritage building has recently been sold to a new owner.
#ApartTogether #girlguidesofcanada #girlscoutsofcanada 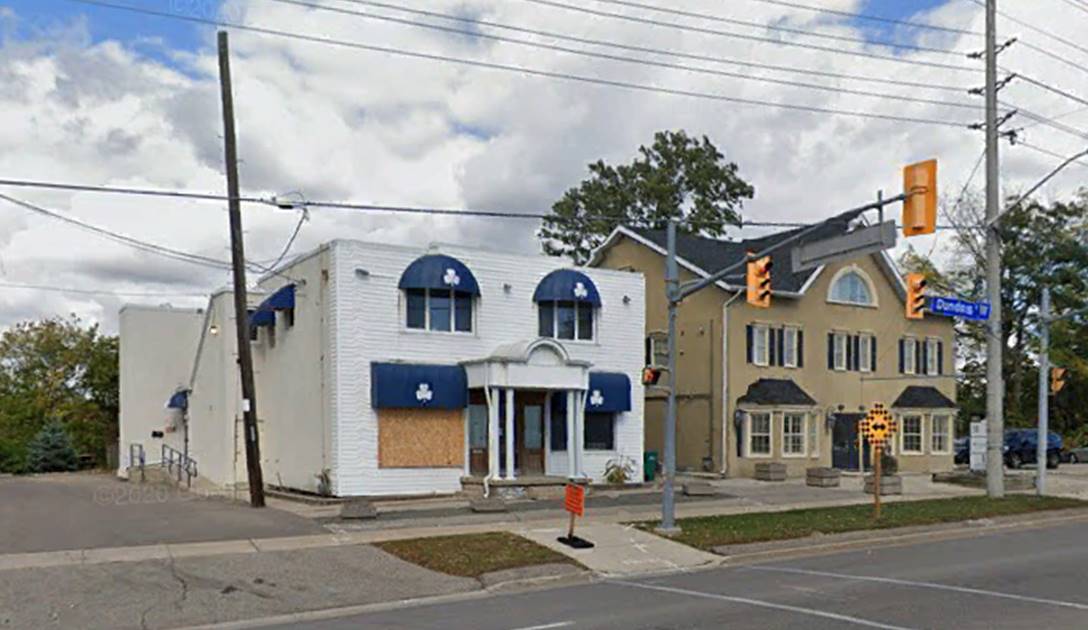 Way Back Wednesday: Remembering the Port in Port Credit

Keeping with the nautical theme from last week, but with some more direct Mississauga connections, there was a time when large lake freighters called Mississauga (well, Port Credit) their home port. We do not often think of Mississauga as being a “Port City”, as our waterfront has become largely recreational, but there was a time…