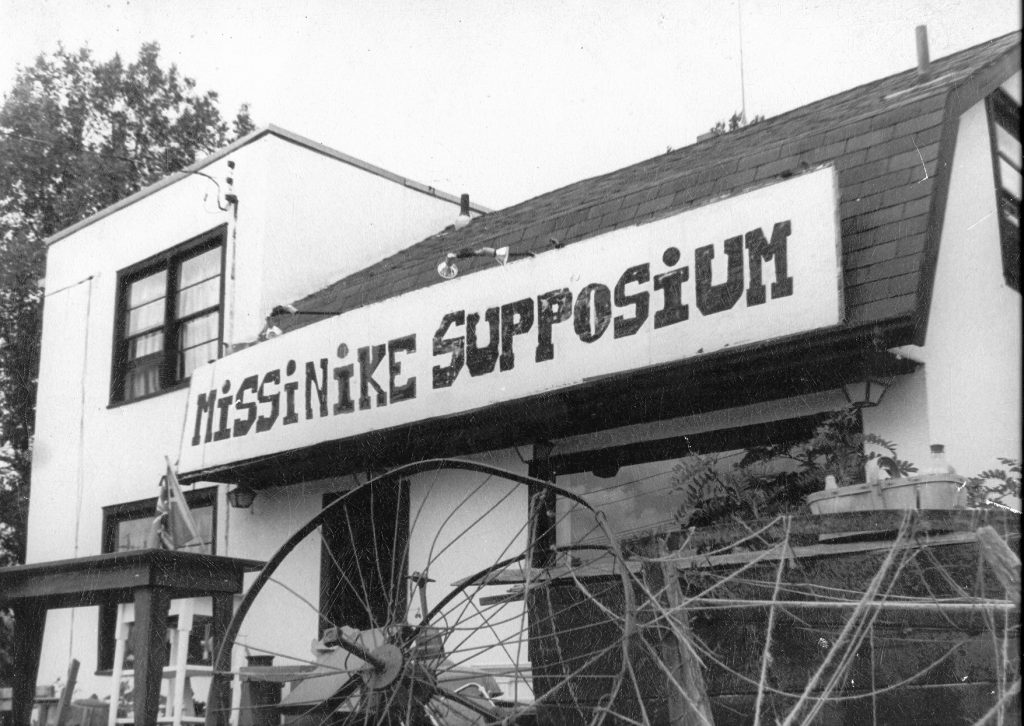 The former Barker General Store in Erindale was built in 1921-22, following the great Erindale fire of 1919. It served, originally, as both the family home of Marjorie and Delmar Barker

(my grandparents), and the Barker General Store. The square “tower” portion was added in 1938 for expanded living space. The building was built on the site of Catherine and John M. Barker’s family home and general store which had burned in 1919. John and Catherine moved into a new house on Mindemoya Road, which they were in the process of building at the time of the fire.

The building we see today once stood in what is now the middle of the westbound lanes on Dundas Street, as Dundas Street through Erindale was once narrower. The building was moved back from Dundas Street when the road was widened in the 1950s. To the rear of the building, before the relocation, was the Erindale Motors garage. Following Delmar Barker’s death in 1944, the general store was operated by his widow, Marjorie (nee Adamson) Barker into the 1960s. My mother was born in the building in 1940. She recalled, as a child, that there was a pot-belly stove, a checkers board, and ice cream being sold in the store.

Missinike Supposium was well known for its eclectic merchandise and for its motto: “Where everything is what you suppose it to be.” I remember the Supposium well as I used to help out my aunt when I was a child.

The building sat derelict and vandalized until it was acquired by the O’Neill family and opened as a vacuum store – a role it continues today, albeit under different ownership. It is one of three former general stores in Erindale Village that survive today.

The former Barker General Store in Erindale has been witness to 100 years of change in Erindale and Mississauga, but in a small way continues to anchor the evolving landscape to its history.

Ask A Historian: Remembering the Whitehead Brothers of Malton

This week Matthew welcomes Samantha Thompson, as they explore the fascinating history of the Whitehead brothers who served in the First World War. Samantha discusses the journey she had taken to research the story of these three brothers and their different experiences while serving during the First World War. Their incredible story is featured in…

August 19th marks #WorldHumanitarianDay and the call to action is a global challenge for climate action in solidarity with the people who need it most. According to the United Nations: The IPCC report indicates we are in ‘Code Red’ for human driven global heating. The climate emergency is wreaking havoc across the world at a…

Join us on Saturday May 14, 2022 at 10:00 a.m. for our presentation of A Tamil Experience – Black July 1983, as we explore the lived experiences and stories of four Tamil Canadians from Sri Lanka living in Mississauga. Ontario has one of the largest concentrations of Tamils outside of Southeast Asia. As of 2016,…