One of the most famous battles during the war of 1812 was The Battle of Queenston Heights which occurred on October 13, 1812.

It was a grueling battle, with the British and Americans fighting for the Niagara escarpment overlooking Queenston. During the battle one of the most well-known and respected military leaders of 1812 , General Isaac Brock,  was killed while leading a counter attack.

The War of 1812 had many historic battles and fascinating military leaders. 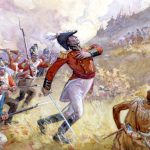 Sir Isaac Brock was born on the Isle of Guernsey in 1769. He earned his first commission as an officer in 1785, and first arrived in Canada in 1802 as a Lieutenant-Colonel of the 49th Regiment. In 1811, he became both Major-General and the administrator of Upper-Canada.

He placed himself at the forefront of defense preparation and military organization, as fears of an American invasion were very much present. He played a particularly important role in reforming the Upper Canadian militia and attempting to ready it in case of conflict. When war broke out in June of 1812, Brock wasted little time and worked in unison with Tecumseh and his native confederation to organize an offensive against the Americans. In August of 1812, this ambitious plan was set into motion when Brock attacked and captured Fort Detroit with regulars of the 41st Regiment, militia, and native allies.

The entire fort surrendered to Brock, and the British occupied Michigan. Brock continued to organize Upper Canadian defenses and plan for ambitious counter-attacks against the US that took the fight to their territory. In October, Brock organized his forces along the Niagara and met an American force that crossed the river at Queenston Heights. In the subsequent battle, Brock succeeded in defeating the Americans and ending their offensive into the Niagara, but died in the process to a fatal gunshot wound, leaving the Battle of Queenston Heights a sour victory.

Brock was a general who possessed a rather offensive temperament, especially in contrast to his relatively less capable and more cautious successors. He was able to employ limited resources effectively, and did not shy away from taking great risks to gain a strategic initiative. His stunning victories at Detroit and Queenston Heights exhibited his almost impetuous nature as a commander, as well as his success in defending Upper Canada from numerically superior American forces. His actions and early martyrdom in the war earned him the reputation of the “Hero of Upper Canada,” or “Savior of Upper Canada.”

He is arguably the most celebrated and widely remembered general of the war, and was adopted as an icon in Upper Canada shortly after his death. After the war ended, Brock was commemorated and reburied at the Brock Monument, a victory column that sits on the Queenston Heights. It is believed that in his own lifetime, however, Brock was a reluctant hero who did not wish to stay in 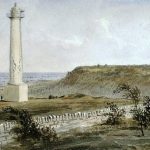 Canada. He frequently wrote to England requesting reassignment away from the colonial theatre. When time came to defend Upper Canada, however, he was steadfast in his conduct of war.

On the American side, representing Haudenosaunee and Delaware, was William Hull: American Brigadier-General and Governor of Michigan.

William Hull was born in 1753 in Derby, Connecticut. He came from an educated background, studying theology and law. He abandoned his law career after the outbreak of the American Revolution, however, where he enlisted as a militiaman and earned a distinguished fighting record. He moved up the ranks and in 1805 became the Governor of Michigan territory, which included administrative responsibilities as well as diplomatic tasks with the indigenous communities in the area.

When the War of 1812 broke out, Hull and his 2,500 men of the Northwest Army made the first incursion into Canada when they invaded Sandwich (now Windsor, Ontario) without any opposition. Hull attempted to take Fort Amherstburg, but did not do so as he feared for his supply line and lacked artillery.
After withdrawing back to Fort Detroit, Hull and his entire 2,500 man army were forced into a humiliating surrender after an attack by Sir Isaac Brock and Tecumseh. After this battle, Hull’s career for the rest of the war was practically over, as he was sacked from his governorship, publicly censured, and eventually court-martialed. Hull’s record of service in the American Revolution led to the severity of his sentence being reduced, however. 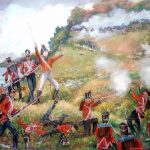 General Hull was the archetype of the typical American high officer at the start of the War of 1812. He held a political post in addition to his military rank and was an ageing veteran of the American Revolutionary War. Generals like Hull were often cautious and their competency was called into question. In Hull’s case, indecision after the capture of Sandwich saw him forfeit a potentially decisive attack against Fort Amherstburg with his numerically large force.

His withdrawal after Brownstown and failure to capture the fort gave Major-General Isaac Brock enough time to gather his forces and head an offensive against Michigan. Hull was disgraced after the surrender of his fort. Generals of his caliber would be progressively supplanted by younger, more aggressive officers later into the war.

Hull retired in Massachusetts after being discharged from the army. He spent the rest of his life in relative calm, writing his memoirs and maintaining relationships with family and friends. Hull died in November of 1825.

In recognition of St. Patrick’s Day we will be exploring some of the historic Irish pubs that are a part of Mississauga’s history and landscape. Minerva’s Bower / Cuchulainn’s Irish Pub 158 Queen Street South, Streetsville United Empire Loyalist John Barnhart built this house around 1832 as a wedding gift for his daughter, Minerva, and…