Today the world is saddened by the news of the passing of His Royal Highness Prince Philip, Duke of Edinburgh (June 10, 1921 – April 9, 2021) just two months shy of his 100th birthday.

Prince Philip was the longest-serving consort to a monarch in British history, and visited Canada over 20 times to support his charitable organizations, to present Duke of Edinburgh Awards,  hold conferences to address issues throughout the Commonwealth, and activities required of his position and his fondness for Canada.

The Duke of Edinburgh openly shared his admiration for our Canadian military:

“In the British Isles, the Canadian army will always be remembered for the security they gave when invasion threatened and the gallantry [displayed] in the fighting in Italy and North Europe. I can speak from personal experience as I was serving in a destroyer off the beaches at Sicily when the Canadian division landed there in 1943.”

On December 8, 1953, Philip took on the role of colonel-in-chief of the Royal Canadian Regiment which had been a role that was vacant for more than a decade and in 2013, His Royal Highness was made the very first Extraordinary Companion of the Order of Canada.

We send our condolences to Her Majesty The Queen and the Royal Family and remember the legacy left by His Royal Highness Prince Philip, Duke of Edinburgh in Canada and around the world. 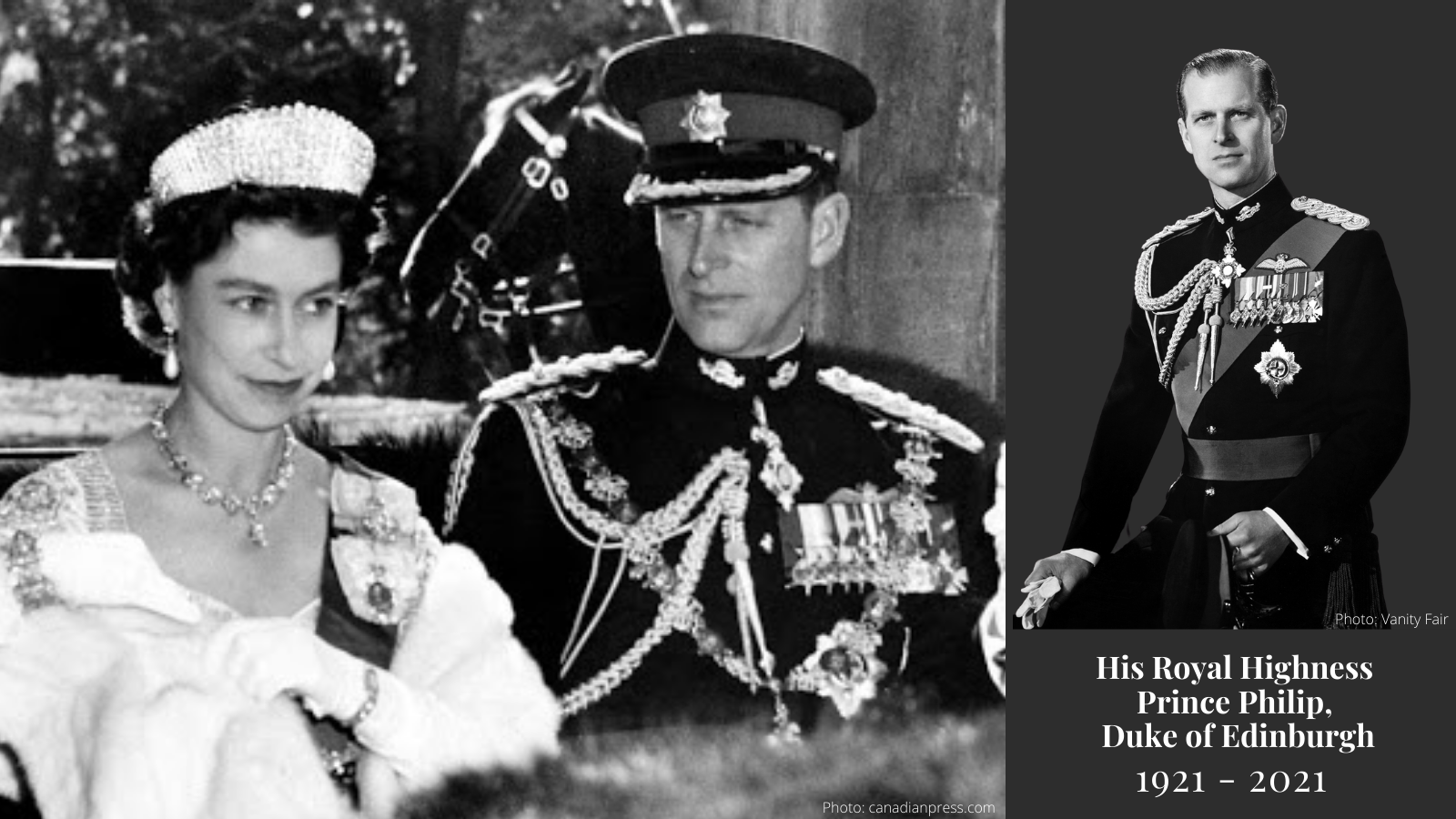 Ask A Historian: Mississauga Connections to ﻿Orange Shirt Day and Truth and Reconciliation

Join Historian Matthew Wilkinson for a special episode of “Ask A Historian” on September 30, 2021 at 9:00 a.m. on our YouTube channel. We will be airing this episode earlier to allow our followers to participate in the numerous events that will be taking place in recognition of Orange Shirt Day and the National Day…

Ask A Historian: Riding the Railways Through Historic Mississauga

Join Historian Matthew Wilkinson for Ask A Historian on November 25, 2021 at 4:00 p.m. This week Matthew joins Richard Collins as they answer questions on the historic railways that have traversed Mississauga and take a look at the streetcar lines, railway stations, and catastrophes that have marked the landscape. Each week on Ask A…