Other nearby streets include Gripsholm, Kingsholm (originally Kungsholm), Westerdam, Sylvania, Saturnia, Orcades, Parthia, Vera Cruz, Argus, Franconia and Flagship are all names of early passenger liners, largely on the Atlantic route and calling at Pier 21 in Halifax.

The SS Queen Frederica was originally named the SS Malolo, and later known as Matsonia, Atlantic, and Queen Frederica. She was an American-built passenger liner and cruise ship, and was launched in 1927.

The SS Malolo advertised superb public rooms, spacious cabins, swimming pools, a gymnasium, and a staff, including a hairdresser, to provide a high standard of service.

During the Second World War, she served as a troop ship. The ship was renamed in honour of Queen Frederica of Greece in 1954. The SS Queen Frederica was retired in 1977, and scrapped in 1978.

Queen Frederica herself, also spelled Frederika, was born Frederica Louisa Thyra Victoria Margareta Sophie Olga Cécilie Isabelle Christa on April 18, 1917 in Blankenburg, Saxony, Germany. She married Crown Prince Paul of Greece in 1938, and became Queen of Greece on his coronation in 1947. She was Queen of Greece from 1947 to 1964, and lived in exile following the seizure of power by the military in 1967. 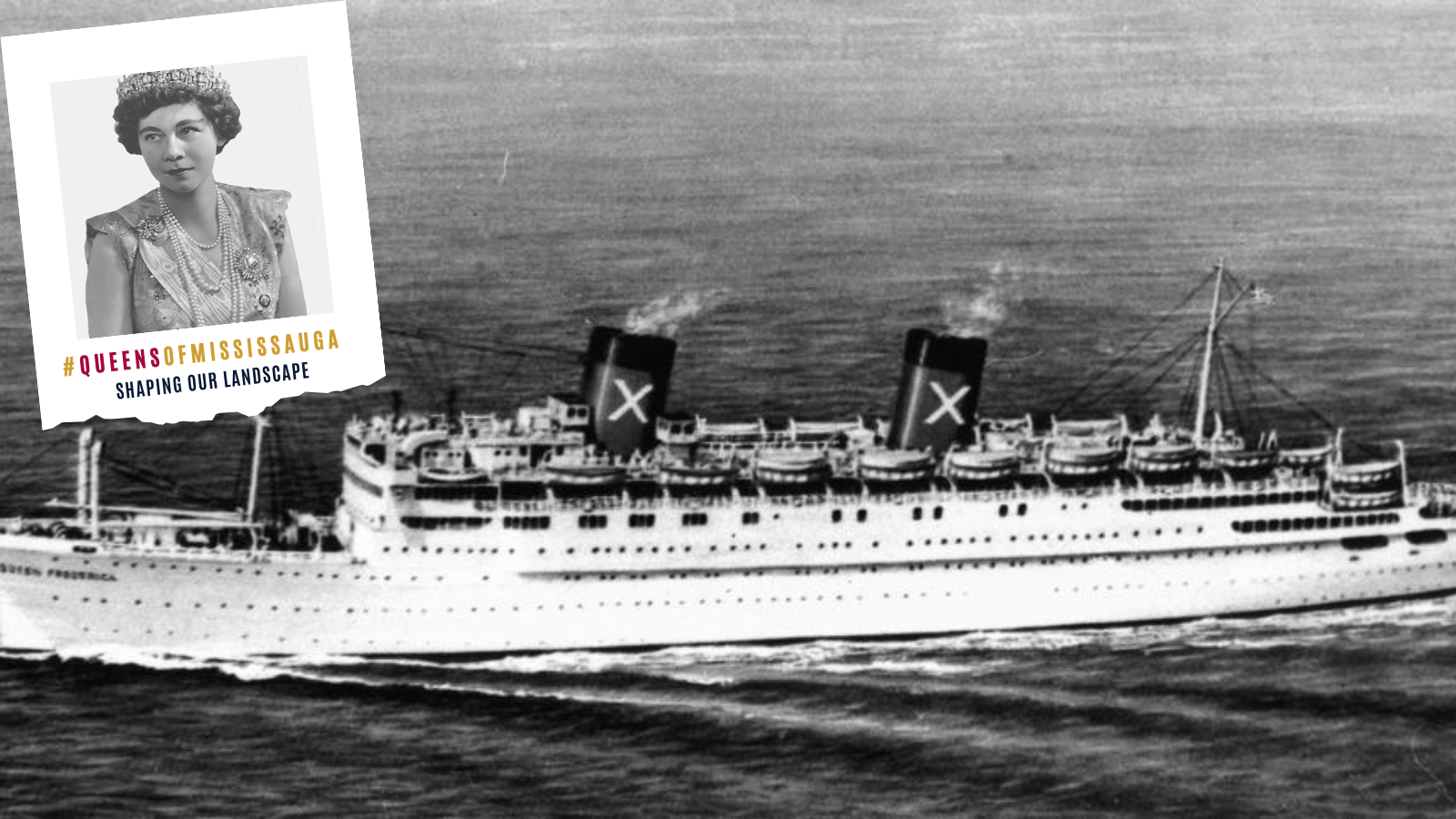 Heritage Mississauga and Legends Row invite you to the live stream of the 2019/2020 Legends Row Induction Celebration on Saturday November 6, 2021 at 2:00 p.m. on our YouTube channel. Legends Row began back in 2012 and was led by Mississauga resident Ron Duquette and a small group of dedicated volunteers. Legends Row held its…

#Hazel100: A Milestone Celebration of Our Heritage Hero

Join us today at 1:00 p.m. on our YouTube channel as we celebrate #Hazel100: A Milestone Celebration of our Heritage Hero, Hurricane Hazel. On February 14, 2021, Hazel McCallion is turning 100 years young and Heritage Mississauga would like to wish Hazel a healthy, happy and celebratory day on this momentous occasion. Today is also…