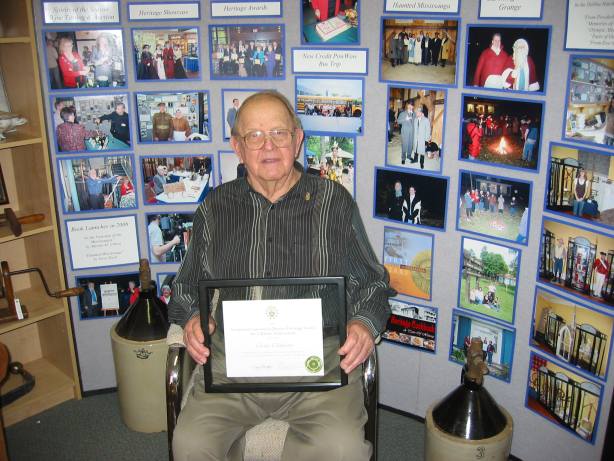 Heritage Mississauga is saddened to announce the passing of one of our founding members, strong heritage advocate, and distinguished patron.

Grant was a very active member of the Mississauga community throughout his whole life, including Heritage Mississauga, Peel Museum and Art Gallery, ErinoakKids, CVCA and Streetsville United Church. He also enjoyed a political career starting with Toronto Township Council and carrying through to the council for the Town of Mississauga.

Way Back Wednesday: When the Steamers Called at Mississauga

This time of year often brings to mind thoughts of excursions to cottage country, which is far from a new phenomenon. For generations, people who have had the means have looked to “escape” the urban city for relaxation and vacation. Tourist camps and cottages in Haliburton, Muskoka and countless other areas ebbed and flowed with…

Join us on September 5, 2020 at 10:00 a.m. on our YouTube channel for “Our Boys: Mississauga Remembers the First World War” as Historian Matthew Wilkinson explores the life and times of soldiers from historic Mississauga who served and fell during the First World War. #ApartTogether we remember our fallen sons. This weeks Matinee is…

Some time ago, local historian, author and storyteller Alan Skeoch penned an article remembering the late Lorne Joyce and recalling the heady days of rum-running in Port Credit. Lorne, himself an avid storyteller, author and marine historian, often regaled members of local historical societies with tales from life on the Great Lakes. I fondly recall…

Way Back Wednesday: The Grace of Cawthra

Formerly known as First Line East, Cawthra Road was officially named for the famed Cawthra family in 1958. Seems simple enough. Patriarch Joseph Cawthra obtained a Crown Grant for Lot 10, Concession 2, SDS, here in historic Mississauga in 1808. Part of the property remained in the Cawthra family until 1974. The Cawthra family was…