Today in our FUN artiFACT Friday, we look at the significance of a brick and the incredible history it built.

In 1889, Thomas Nightingale purchased 12 acres of land in Port Credit (lots 9-12) and in 1891, he opened the Nightingale Pressed Brick Company. His bricks were labelled with his initials, “T.N.”.

During its brick yard era, material was extracted from a quarry on the southwest side of the site above the Lake. In those days, the brick business was labour-intensive.

Once Nightingale had established himself, he was able to add a “stone crusher” machine to his repertoire, which increased brick production substantially by easily reducing large rocks to smaller rocks, gravel, or rock dust.

In 1891, the company was able to produce over 15,000 bricks per day, which were used extensively for building in the Port Credit area.

A shortage of labour around 1900 resulted in a large influx of European immigrant labourers, many from Italy, who were recruited to work at the brick yard. Many of the workers lived directly on the worksite in small bunkhouses and formed their own community around the brickworks.

Meanwhile, however, the brickyard went through various hands. Nightingale operated the company until 1902. The company was then acquired in 1902 by George Packham, and in 1907 by W.J. Haney. Haney operated Port Credit Brick Ltd. until 1927. During Haney’s era, the bricks bore the distinctive “Port Credit” label.

After World War I, demand for bricks slowed and the Port Credit Brick Yard started to lose money. Production ceased around 1920 before officially closing in 1927, marking the end of what had been a very prosperous era for the community.

The land later became used as the Texaco Refinery. 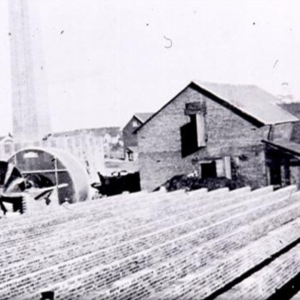 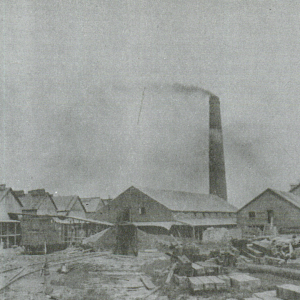 Ask A Historian: Stories of The Mississaugas – The Credit Mission Village

Join Historian Matthew Wilkinson for this episode of Ask A Historian. This week, Matthew answers the most frequent questions we receive from the community about the stories of the Mississaugas and the history of Residential Schools, the Credit Mission, and the infamous Jones Brothers. Matthew also provides some in-depth resources to support you in your…

Do You Have Questions About the History of Mississauga? Heritage Mississauga answers over 500 inquiries a year about the heritage and history of Mississauga. These inquiries are sent by the City, residents, businesses and media partners and now we would like to invite you to ask our Historian, Matthew Wilkinson, questions that you may have…

The Darker Side: True Tales of Murder and Mayhem From Historic Mississauga From 1820 to 1950