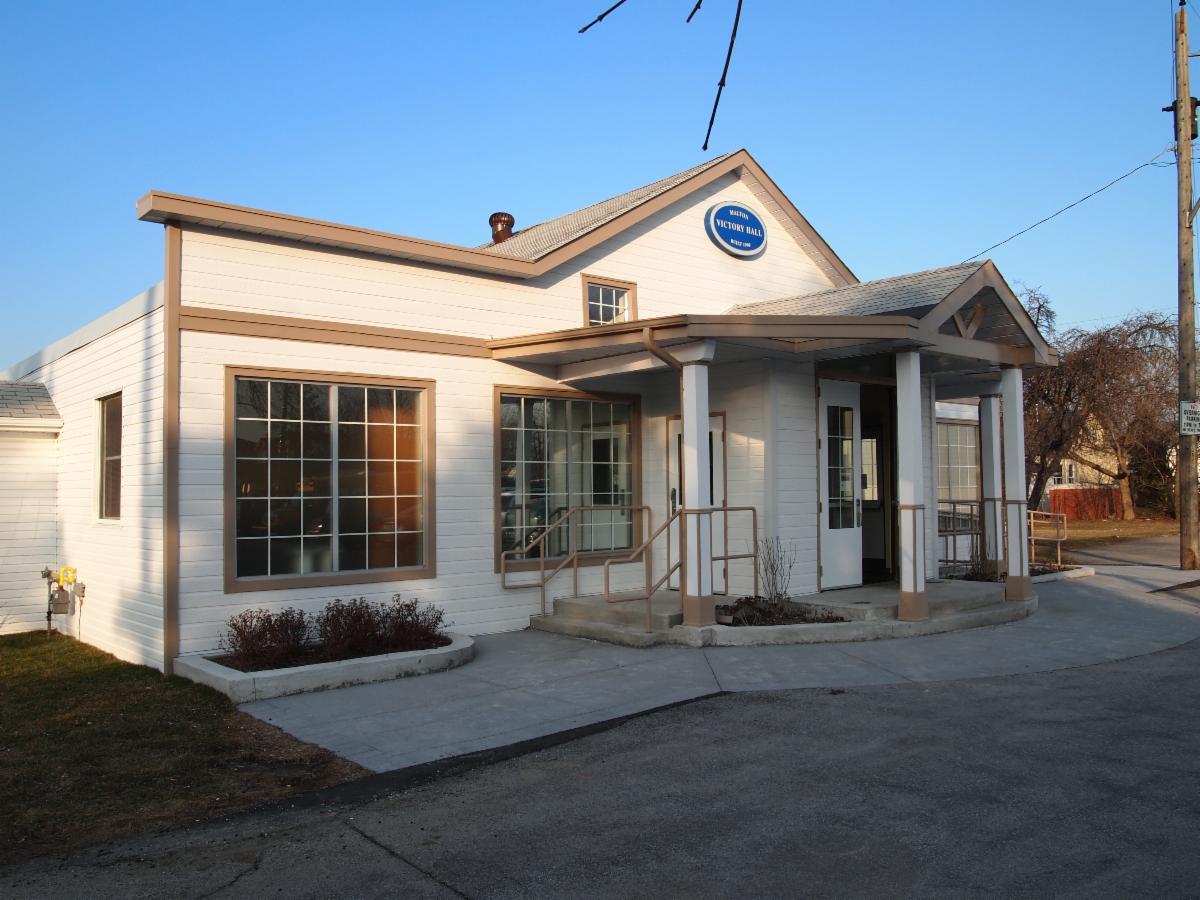 Heritage Mississauga is saddened by the news that in the evening of September 8, 2020 one of Malton’s historic buildings, Victory Hall, was the target of an arson attack.

The damage to the building was quite extensive however there were no injuries reported.

Ward 5 Councillor Carolyn Parrish acknowledged the quick response by fire fighters in containing the fire and expressed her outrage at this senseless act against a beloved heritage building in Malton.

Councillor Parrish has indicated to Heritage Mississauga:
“Victory Hall is a valuable reminder of the proud history of Malton’s strong community spirit and WW2 war efforts. Today it is filled with a wide variety of community activities and will be sorely missed during the restoration period.”

Malton BIA Manager, Natalie Hart, has stated: “It’s so sad, Victory Hall is a community space that’s home to many celebrations, meetings and groups. A vibrant gathering spot should also be a secure community space. We look forward to Victory Hall being restored to its pristine heritage look, to function as that community hub for many years to come.”

Councillor Parrish has also indicated that new security measures such as the installation of security cameras should help prevent future acts of violence against the heritage building.

Victory Hall (c.1940) is located on the northeast corner of Churchill Avenue and Victory Crescent and was once a popular centre for social events and community gatherings such as dances for employees from nearby Victory Aircraft (and later A.V. Roe Canada), Orenda Engines, and for returning servicemen from the Second World War.

In the late 1940s and early 1950s the building was also used as an overflow classroom for grades one and two students from nearby Malton Public School.

There is some uncertainty as to exact date of construction for the building, or if the building may have been relocated to its present location. It is believed that the building, as it is today, was in place in 1942-43 during the creation of the surrounding Victory Village wartime housing subdivision.

Heritage Mississauga is looking forward to seeing Victory Hall restored and utilized as a place of celebration once again.

#ApartTogether we continue to research, record and celebrate.

June 20th kicks off the start of #NationalPollinatorWeek which is an annual event celebrated internationally in support of pollinator health. It’s a time to celebrate pollinators and spread the word about what we can do to protect them. Want to help out our local pollinators? Here are a few ideas: Start a pollinator garden Host a nature…

Way Back Wednesday: The History of Mississauga’s Great Lakes Freighter, The Ridgetown

In June 2015, members of the Truth and Reconciliation Commission (TRC) presented 94 Calls to Action that would help “redress the legacy of residential schools and advance the process of Canadian reconciliation” with Indigenous peoples. Throughout the month of September and leading up to #OrangeShirtDay and #NationalDayForTruthAndReconciliation we will be reminding the governments of the…