Way Back Wednesday: The History of Robert Speck Parkway

Robert Speck Parkway in Mississauga’s city centre is named in 1977 for the former Mayor (and previously Reeve) of Mississauga. 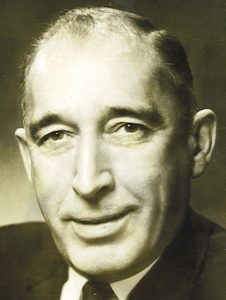 Speck was born in 1915 and raised on a 175 acre fruit farm in Clarkson. He was deeply involved life of the community. He was well-regarded as being honest and committed to the at the growth and well-being of the town. He first entered local politics in 1956, serving as Councillor for 1 term, Deputy Reeve for 3 years, Reeve for seven years, and was elected as the first Mayor of the Town of Mississauga in 1968.

In 1964, under the leadership of Reeve Speck, Toronto Township applied for Town status, which was approved in 1967 – and it was under his leadership in the fall of 1967 that the name of the new town was chosen by the residents: Mississauga.

Robert Speck was in the hospital recovering from a heart attack when he was elected to be the first Mayor of the new Town of Mississauga. Soon after he was re-elected as Mayor in December 1970, Robert Speck suffered another heart attack. After a brief recovery period, he continued as mayor, until September 1971, when due to more heart problems, he was again admitted to the hospital and in December of 1971 underwent a heart transplant. After tremendous efforts to recover and get back to his job, Bob Speck (as he liked to be called) died on April 5, 1972. 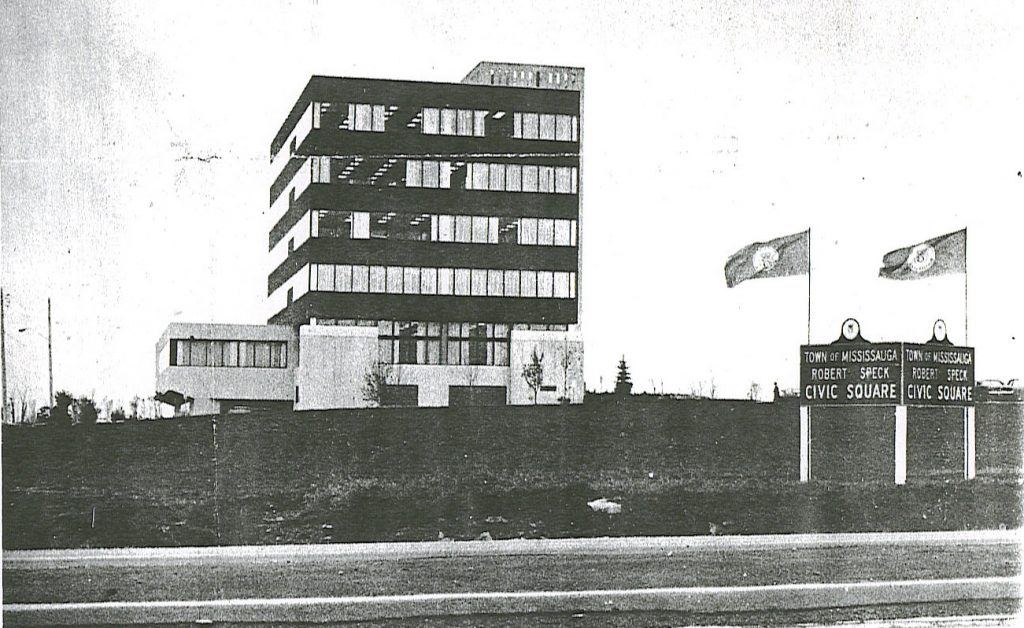 Mississauga Mayor Ron Searle (Mayor of the City of Mississauga from 1976 until 1978) officially dedicated the new Civic Square as the “Robert Speck Civic Square” adjacent to what was then the Mississauga Civic Centre, at the corner of Hurontario Street and Robert Speck Parkway. Both the former Civic Centre and Robert Speck Civic Square are gone today, although the road name remains. At the time of dedication, Mayor Ron Searle said of Bob Speck: “Robert Speck was one of the strongest men I have ever known- both morally and philosophically. All that we shall say here today is that Mayor Bob was a leader, a hardworking man, a man who possessed integrity and was truly dedicated to the well-being of his growing community.”

Another “place name” with connections to Mayor Speck can be found with Richard’s Memorial Park on Lakeshore Road. The park was named in 1973 in memory of 14-year-old RichardWolniewicz, who had died in an accident in 1971 and was the heart donor for Robert Speck.

It can be found on their website here: https://www.modernmississauga.com/main/2019/4/3/the-history-of-mississaugas-robert-speck-parkway

The Battle of Sandwich was not in fact a battle for a lunch favorite, but in actuality an invasion of Windsor, then known as Sandwich, by American Brigadier-General William Hull on July 12, 1812. After around a month of preparation in both the United States and Canada, Hull initiated the first opener in the land…