Tamils began migrating to Ontario as early as the 1940s.  Since that time, Tamil Canadians have overcome tremendous obstacles and have made significant contributions to the growth and prosperity of Ontario. January is an important month for Tamil Canadians.  The Tamil Harvest Festival, Thai Pongal, as well as other Tamil artistic and cultural events, take place in January.

By proclaiming the month of January as Tamil Heritage Month, the Province of Ontario recognizes the valuable contributions that Tamil Canadians have made to Ontario’s social, economic, political and cultural fabric. Tamil Heritage Month is an opportunity to remember, celebrate and educate future generations about the inspirational role that Tamil Canadians have played and continue to play in communities across Ontario.

Thai Pongal is a harvest festival celebrated by Tamils in Mississauga and in communities throughout the world. It is observed at the start of the month Tai according to Tamil solar calendar and this is typically about January 14. The festival is named after the ceremonial “Pongal”, which means “to boil, overflow” and refers to the traditional dish prepared from the new harvest of rice boiled in milk with jaggery (raw sugar) and symbolizes abundance and prosperity.

This marks an important occasion in the calendar year for Tamil, since it’s an opportunity to give thanks to nature for providing bountiful harvests, while at the same time acknowledging the promise and hope of new beginnings.

Over the last couple of years we have been interviewing immigrants from other countries who now call Mississauga home. This project started with funding from the Ontario Trillium Foundation and below are articles from individuals of Sri Lankan and Tamil heritage. 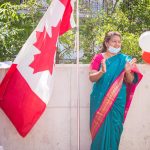 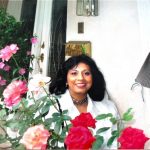 A Sri Lankan Woman’s Story of Strength & Giving Back 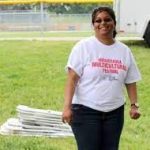