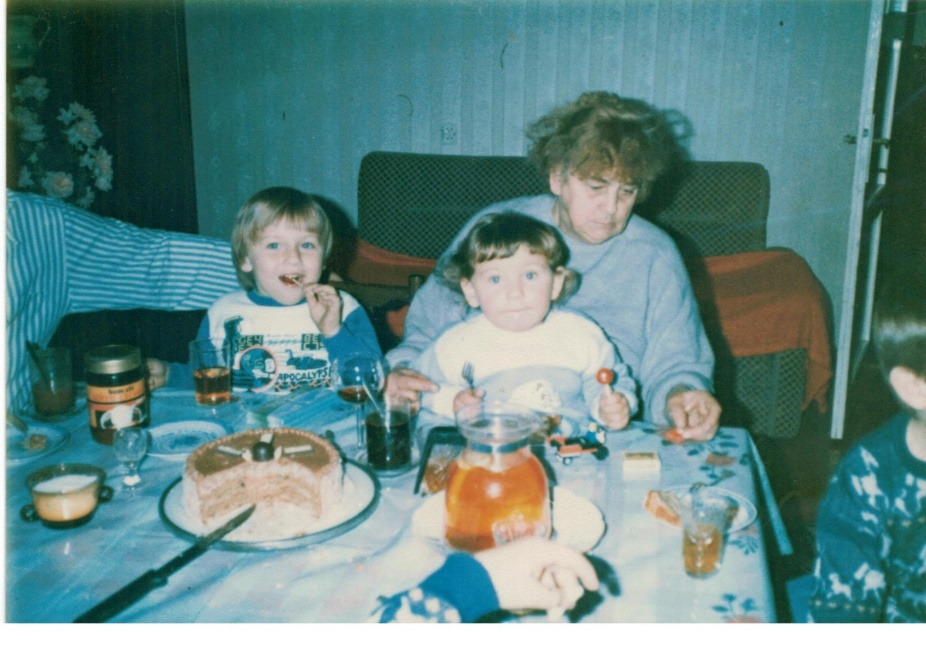 I remember the first time I met Robert Stanczyk. I was volunteering at the Museums of Mississauga. Eager to start my first day, I firmly grasped his hand as he introduced himself as the “Collections Assistant”. Shortly after meeting Robert we became close friends. It must have been late 2015 or early 2016- it was snowing, and we bundled ourselves into our winter jackets and headed to a Polish restaurant in Mississauga. He explained each dish to me and his memories of his homeland. We then went to see one of the many heritage designated properties in the city. From that early time, it was clear that, for Robert, there was an intangible connection between his Polish culture and the history in his everyday life.

Robert immigrated to Mississauga from Poland when he was only three years old. His dad used to work abroad in Chicago and later Canada, as many Poles did in that time. When asked what his earliest memories were, he remembered, “My dad, he would ship back stuff from Chicago back to go back to Poland in these M&M bags […] and that’s what I remember. And I was asking my brothers, I’m like, “Where was that? Was that in Canada or in Poland?” They said, “No, that’s in Poland.” So that must be my earliest memory.”

He lived in an apartment above his grandparents back in Poland. It was a simple life, but his family did well for themselves. His grandfather owned a woodworking business where his father was welcome to work and live comfortably. However, Robert remembers that it was his grandmother who encouraged the family to move to Canada saying, “Maybe you should take the kids and stuff to Canada. It might be interesting, maybe something new, like a new adventure.” So, Robert, his mother Grazyna, his father Kazimierz, and older brothers Marcin, Bart, and David packed their bags and came to Canada. 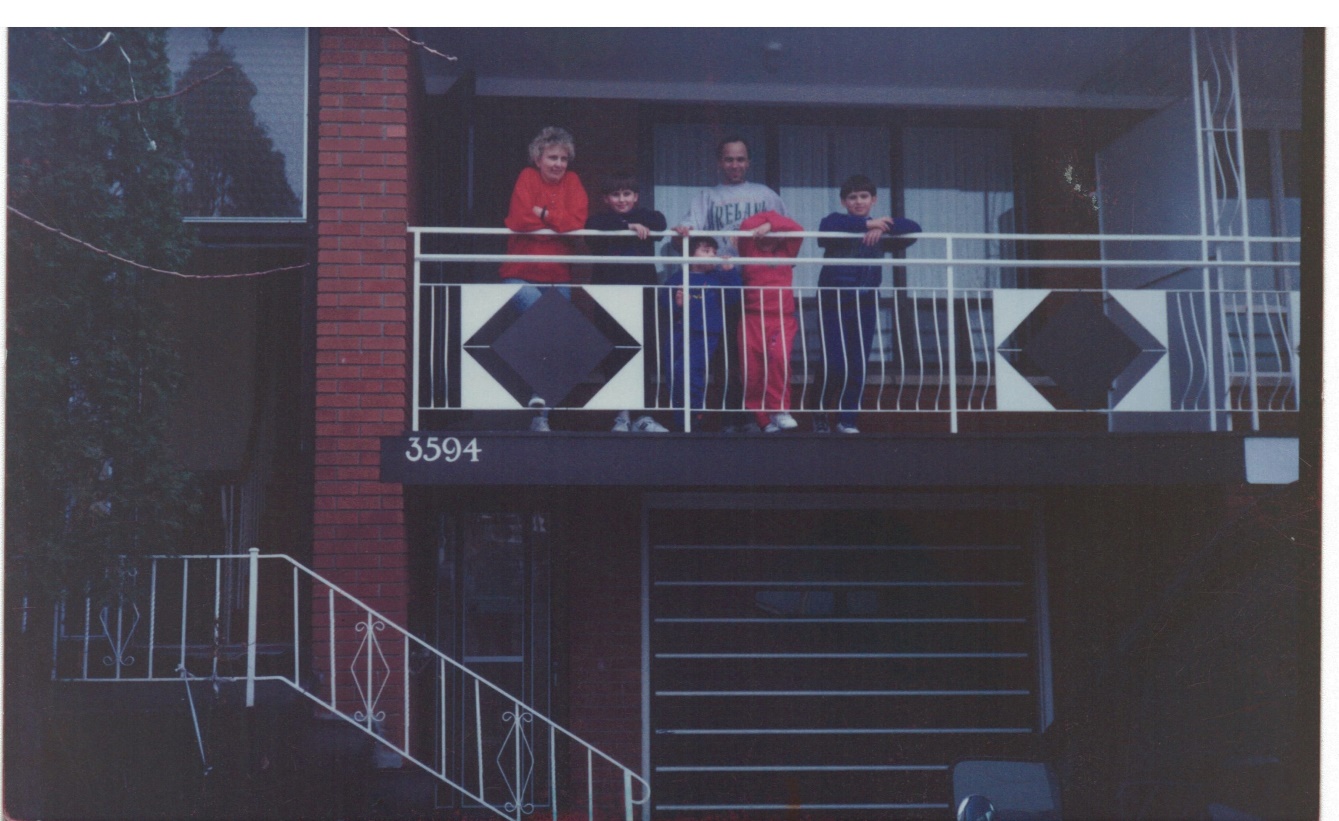 Mississauga was an ideal choice because of the large Polish population. They had a Polish church, Polish dentist, Polish doctor, Polish stores, and Polish friends in the Applewood area. Yet, there was still an adjustment period. His mother took English classes, Robert and his brothers were in ESL (English as a Second Language) classes, and all strived towards their Canadian citizenship, which they did eventually achieve. Robert steadily grew to love Canada and has many happy memories about growing up in Applewood. Robert remembers fondly the parks nearby and the field of his elementary school, Mother Teresa, where his brothers and his father used to play baseball. Through this ‘Canadianization’, things in his family began to shift slightly. 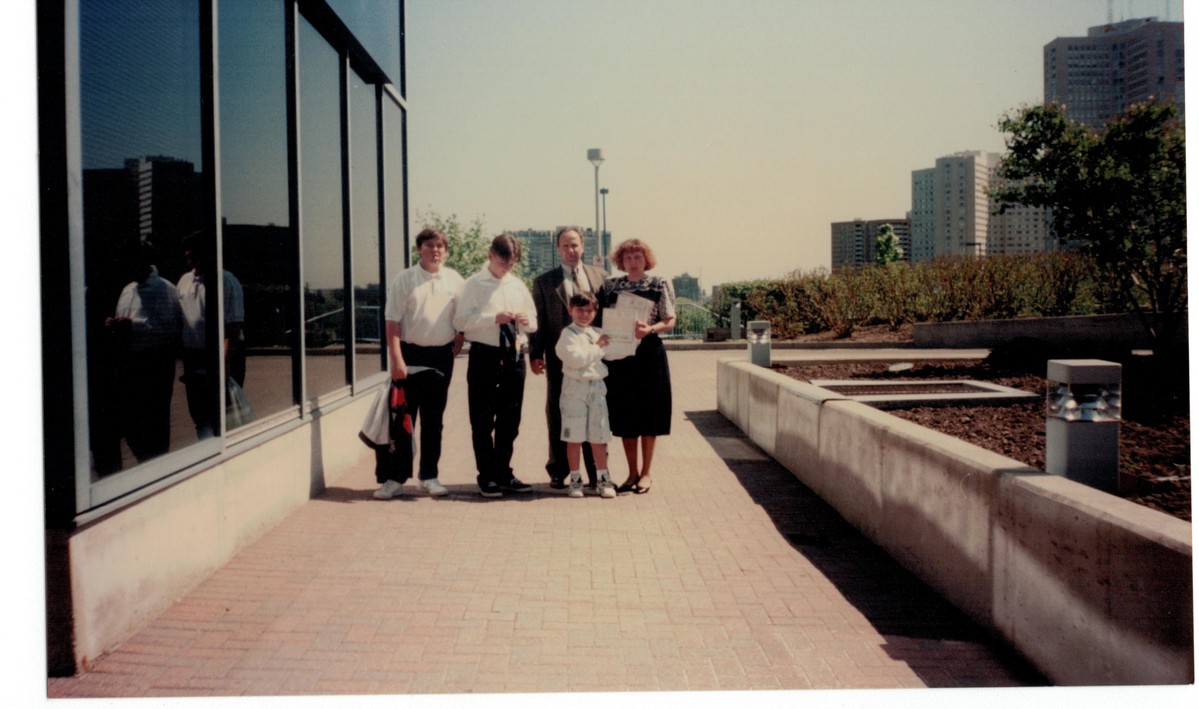 Robert remembered that, “When we first came to Canada, we spoke Polish to each other. Everyone. But then over time our brothers and I started talk to English to each other. So, we all talk English to each other right now, but to our parents we speak Polish. So yeah, my parents always kept the heritage alive”. Such a simple thing as language, yet in it holds so much history. Was he still Polish, or had he become Canadian, or was he both? Robert explained that, “When you move to one country or another it’s like part of your heritage stays there. Right? Then you come here, you learn a new language, you learn new culture. It starts to shift a bit […] it’s like you feel really Canadian, but then you feel very Polish at the same time.”

During his childhood, his parents tried to take their children back to their small Polish village every summer. Robert pondered that when he was young, “I didn’t even know quite the concept of another country, or even planes for that matter.” To him, it was just his second home. Settled in the rolling hills and farm fields was his village of Ryglice, an hour outside of Krakow. His grandparents lived on a farm where he was expected to help each year during harvest. Robert remembered, “It was very busy because the thing is that we had a grain field. So, we would have to pack a lot of, and I remember actually doing this, we’ll put a lot of grain in our bags and then we’ll put it on a wagon with horses. We’re pretty old school like that. And then we’ll take it to this farm here and then we’ll be unloading it to our greenhouse and stuff like that, or to our storage rooms there. So, it was quite a lively place back in the day. There’s always something happening on that farm”. 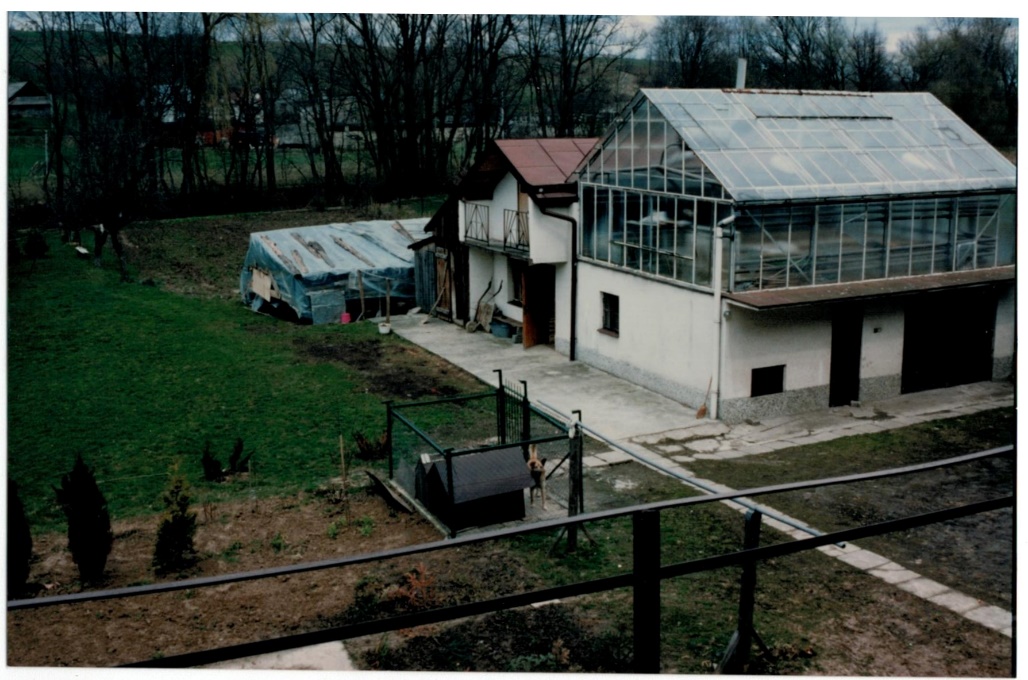 However, the kids at this point were now used to the luxuries and fast placed life of Canada. The farm seemed boring at times to the rambunctious boys. There was no cable tv or even many toys to play with. Robert and his brothers begged their grandfather, “Grandpa, grandpa, can you take us for a drive somewhere? Anywhere? Because we don’t have anything to do here.” Without much to do, Robert remembers, “My brothers and I, we got really creative with what we can do. So, one thing that we used to do, we used to, oh God we’re so dumb, we found a bowling pin, like a plastic bowling pin, and we played tag with that. So, we would throw it at someone and then we would just run around the whole farm and try to hide stuff”.

Perhaps the most interesting part about these visits was the food. Robert recalled that in the autumn, “if you live in small village, or small town, there are forests that are just up the road and you go mushroom picking. And it is very nice. You meet a lot of your neighbors and locals, and stuff, and you ask them, “Oh, is there a lot of mushrooms?”” The boys would help like this to gather ingredients for meals, whether mushrooms or other crops, but normally they did not make the food- though they certainly knew how to eat it! Robert remembered, “We used to have this caretaker in Poland, and she made such good pierogis, and they would just be in a pot. And I’m like, “Oh man, I can’t stop eating them.” There was one time where my dad and I ate so much we got sick, and we couldn’t have a pierogi for a year!” 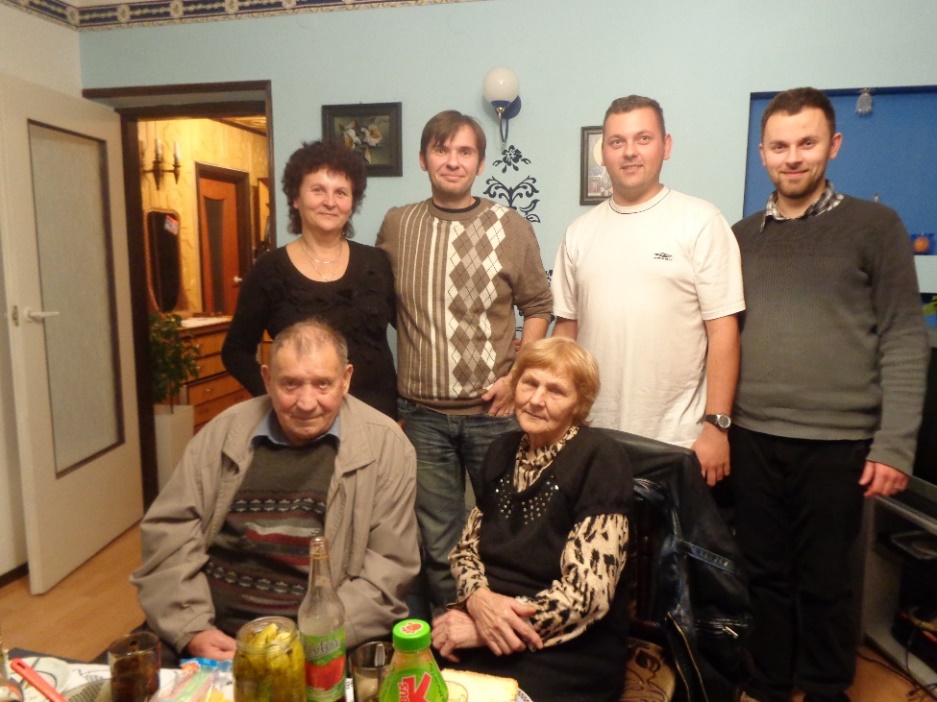 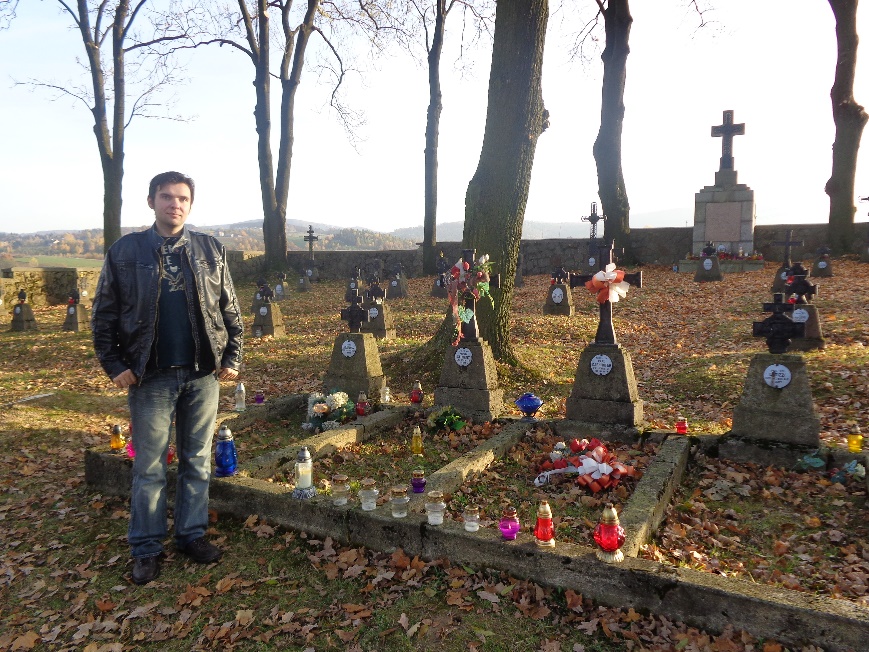 I remember the last time Robert went to Poland. It was 2016. I had expected to see him as I did nearly every day, but found he was missing. Then someone broke the news: his grandfather had passed away. He left on a plane that day to attend the funeral. I knew how highly he thought of his grandfather and how devasted he must have been. It seems he was not the only one. His grandfather had a good reputation in the town and was known to give money to the homeless and anyone who needed it. The town even gave him an award for the contributions he had made in his lifetime. So beloved was his grandfather that Robert remembered, “Even when he passed away, there was about 300 people at his funeral”. His grandfather was also the last of Robert’s grandparents to pass away, marking the end of a generation.

His grandfather was a man of few words and as with so many of us, one rarely thinks to ask about the lives of our elders until it is too late. Whilst walking around Ryglice with his father, Robert remembered, “we actually came across a World War I cemetery […] Apparently, there was quite a bit of battles going on through that part of Poland. Well, Poland didn’t exist, because I think it was technically Austria at the time”. Indeed, Poland ceased to exist on maps from 1795 to 1918, instead ruled by the foreign powers of Russia, Austria-Hungary, and Prussia. This made researching his heritage particularly difficult as Robert explained, “It gets complicated in my case, because the records are either in Latin or in German”. 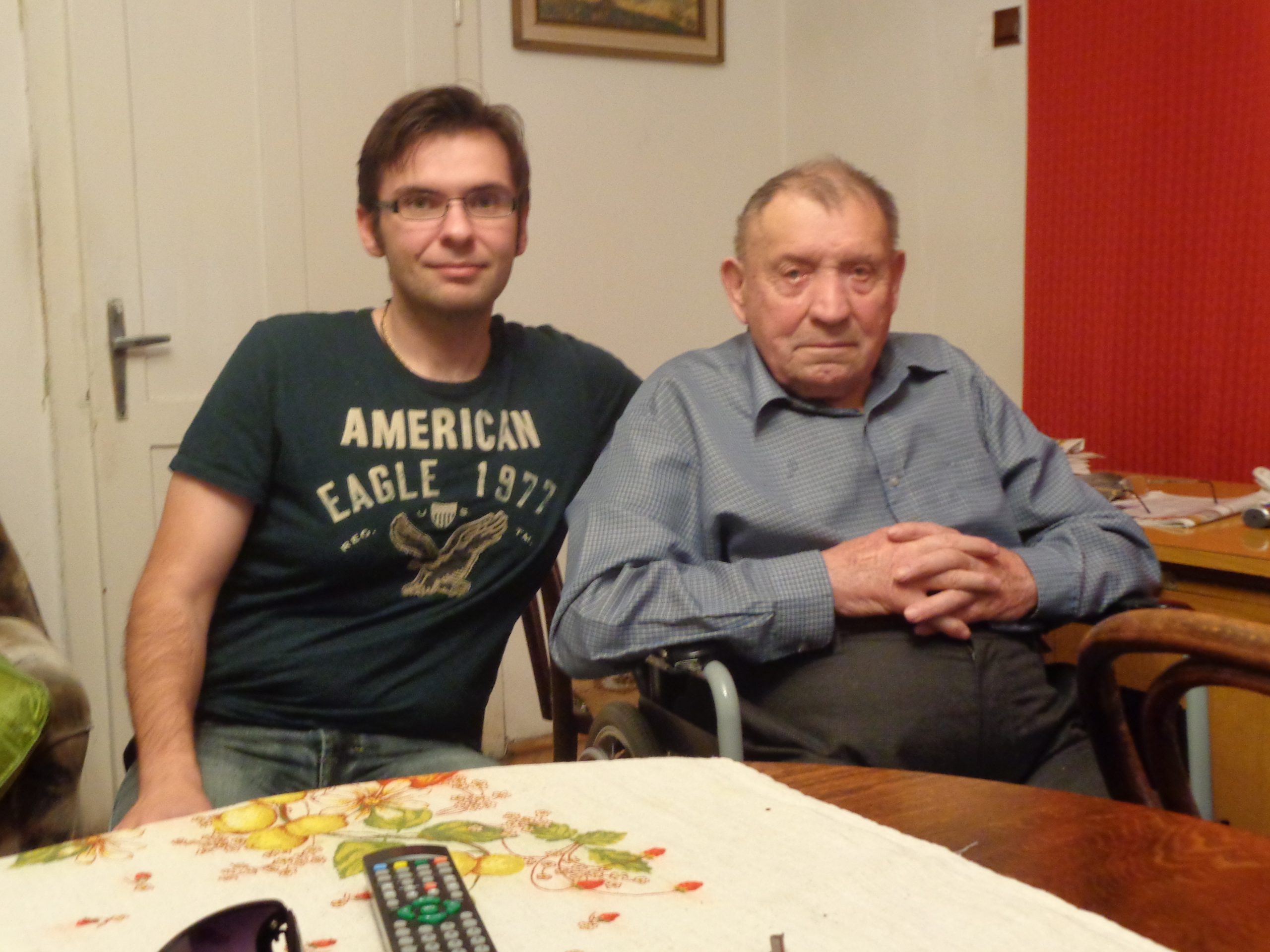 His parents and older brothers had left Poland when they were quite a bit older and had more memories than Robert, so he began to ask them questions. The more he asked, the more he researched, the more he began to discover his own past. When he asked about the Second World War, his brother told him a story their grandmother used to tell. Robert explained that “Poland was under German occupation, so there was apparently Germans in [Ryglice]. And actually, the school where my mom went was apparently an arsenal, or an armory. […] The Germans, because they were starting to lose their war, they were going to blow it up, kind of thing. But then the priest there was saying, oh no, don’t blow it up because it’s going to affect the church, affect houses around, because that school was literally right across from my grandparents’ house. They ended up not blowing it up, but they did burn quite a bit of synagogues, and that sad history is there as well. Apparently, there were quite a bit of German snipers on top of that school too…” Suddenly, these large historical events he had learned about in Polish school and in history class had made their way into his own life, his own ancestral home.

Back home in Canada, Stan Skrzeszewski from the Orlinski Museum walked into the Museums of Mississauga with a proposition. Stan asked, “Do you want to work with us?” At the time, neither myself or Robert knew who Stan was or what this “Orlinski Museum” was. Let’s just say we were in for a treat. Stan is a researcher and curator at the Orlinski Museum, a Polish military museum in Clarkson, Mississauga. It is located in the Wawel Villa retirement home, which was founded by Polish veterans. “This is how I got involved, just starting this exhibition. At this time, I wasn’t part of the museum, I was just helping them out,” Robert remembered. 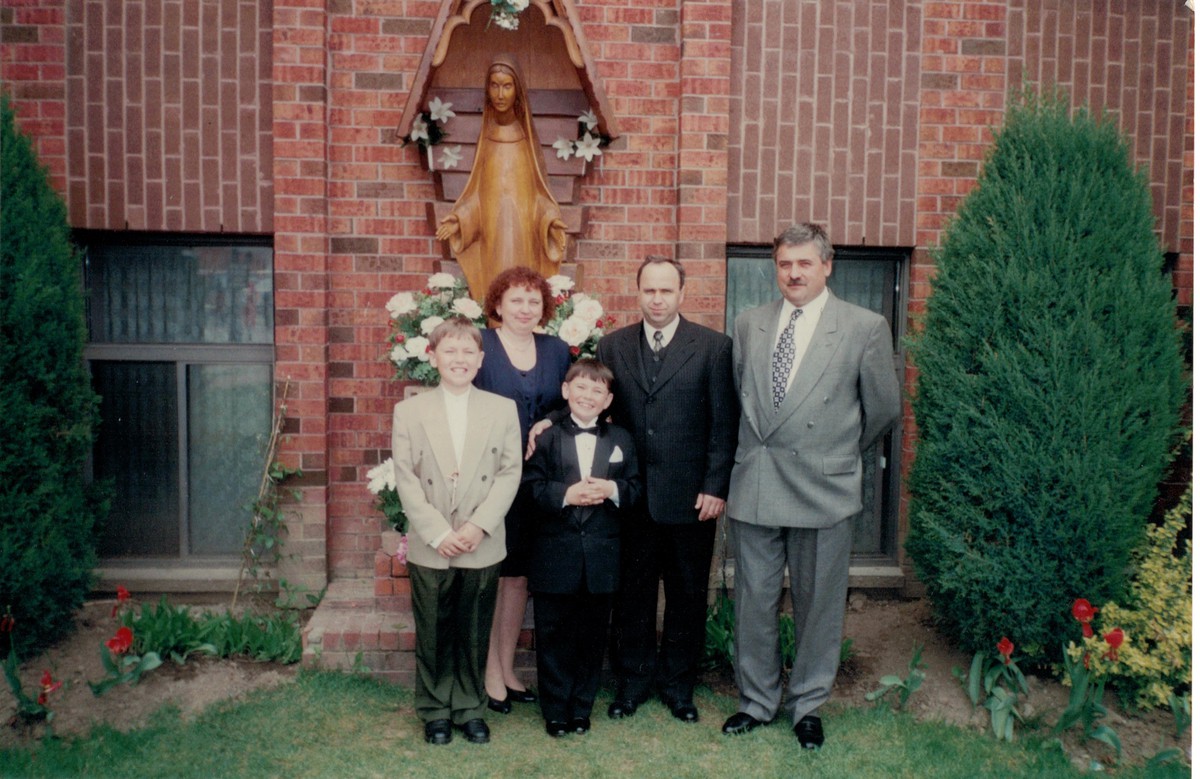 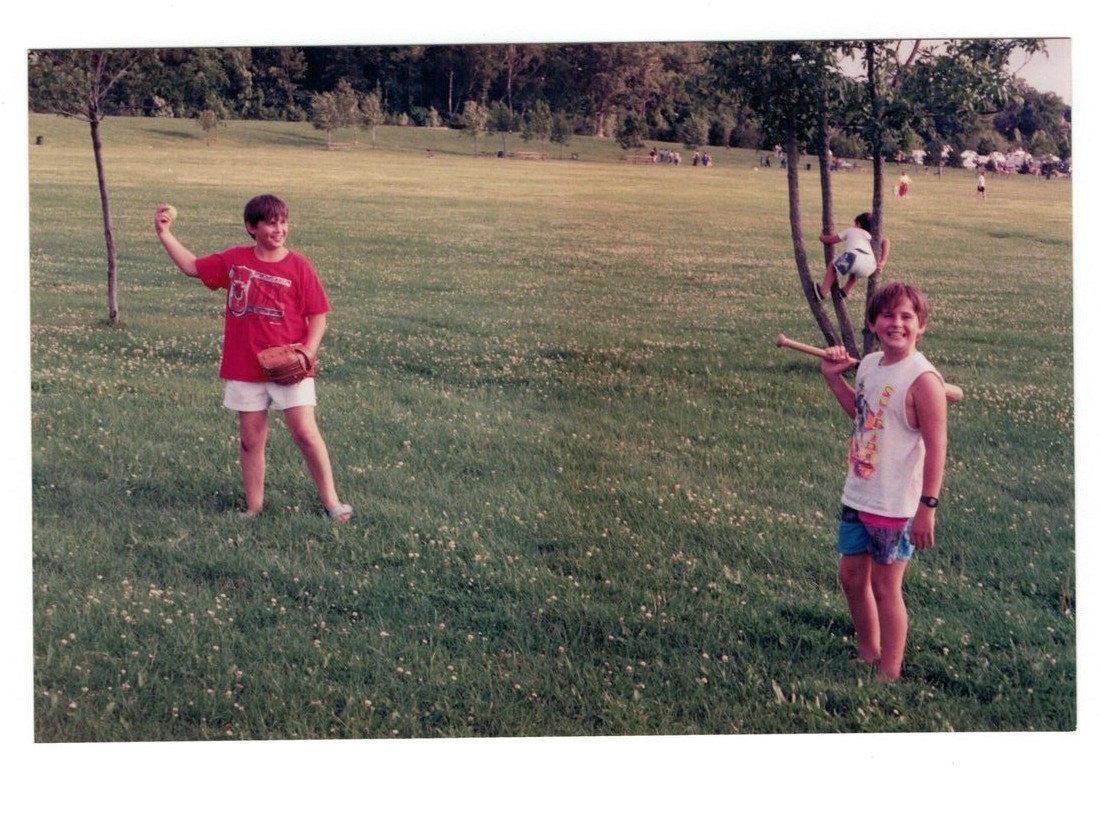 Soon, the Orlinski museum received a grant to digitize their collection and brought Robert on board to help. “I never thought I would be using my museum skillset in a Polish museum to help that out,” gushed Robert. He began to learn about part of Polish history he had never known about. Robert explained, “I wasn’t really interested in that modern history, but then once I started volunteering at the museum I got really into that, and so much other stuff. [..] Sometimes the curators would be like, “Oh, my, you never heard of that?” I’m like, “No, I never heard of that!”” And history wasn’t the only thing he was learning. Robert recalled that, “since I started even at the Orlinski Museum in Mississauga, I think my Polish has gotten quite a bit better because there, everyone speaks mostly Polish. That’s how I think I keep it going.”

Among the many things Robert has taught me, I think the most important is how closely connected our heritage is to our sense of who we are. Through history, Robert finds ways to better understand his own culture and identity. He sees his own life in a continuum of history that he is a part of. Whether he is learning new Polish words, or asking his parents about their early lives, or researching Polish history, he is celebrating his past. He is remembering his life on the farm, his village, his grandparents, the food, the traditions, the language, and much more. Despite being half a world away from his homeland, in some ways he is more connected to it than when he left. In the future he hopes he can teach his children his newfound heritage as a true Polish Canadian. 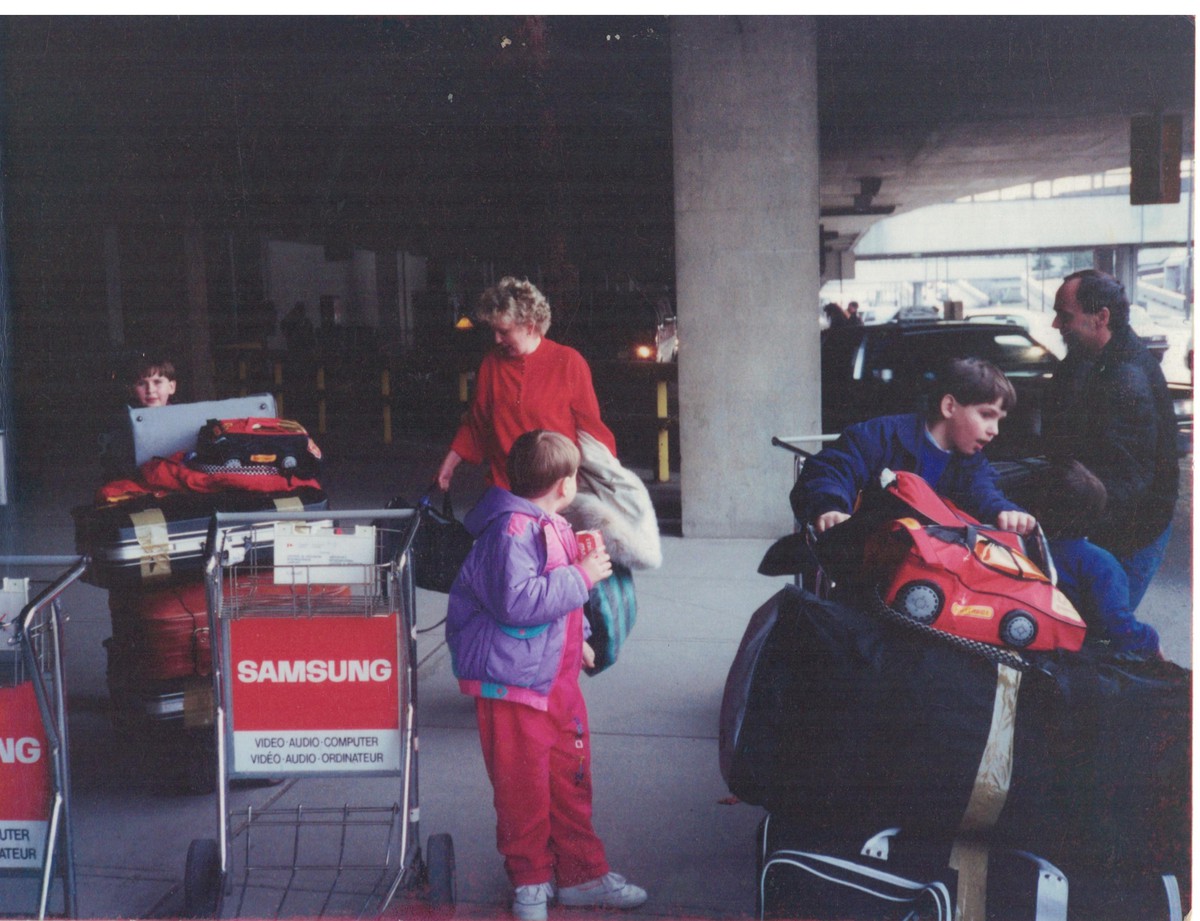