In Search of Alfajores

In early 2012, I spent two incredible months travelling throughout Argentina and Brazil where I experienced the warm hospitality, vibrant culture and delicious food of Latin America.

I also met numerous local people who introduced me to traditional delicacies that became routine in my diet while overseas. One of those being the famous pastry treat: the alfajor. An alfajor is the French macaroon of South America. It consists of two delicate shortbread cookies usually held together with dulce de leche (sweetened condensed milk), and sometimes with other sweet spreads. You can find them dusted with powdered sugar, dipped in chocolate, covered in coconut or with an extra cookie in the middle. They became my staple snack, and I took it on as part of my job as a curious traveller to try as many types of alfajores as possible. 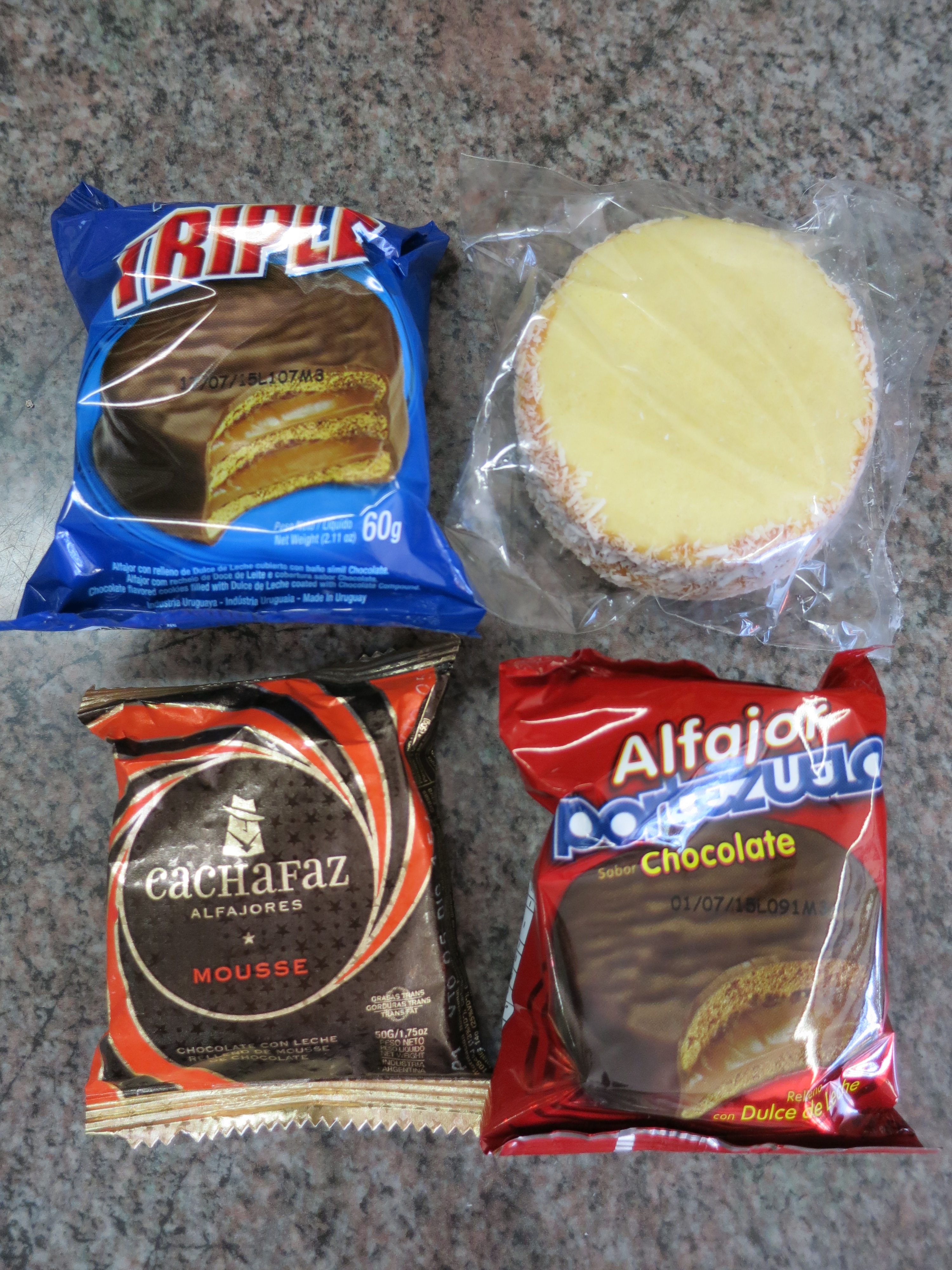 When I came back to Mississauga I moved to the Cawthra and Lakeshore area. Since I grew up in Meadowvale and Streetsville, I found great pleasure walking around my new neighbourhood discovering the different restaurants and stores in the area.

During one of my walks, I came across a Latin American store called Rincon de España. My first thought was, I wonder if they sell alfajores. I walked in, and my mind took me back to the many memories of my trip. Rincon de España is an absolute gold mine of groceries and accessories for those who enjoy Latin culture and food. A range of items can be found in the store from a genuine Paella pan to empanadas and ingredients to make your most favorite Latin dishes. And yes, they also sell my coveted alfajores.

When I was assigned to write an article for this newsletter, I decided to go back to the store and interview the owner of Rincon de España, to find out how this quaint store began. 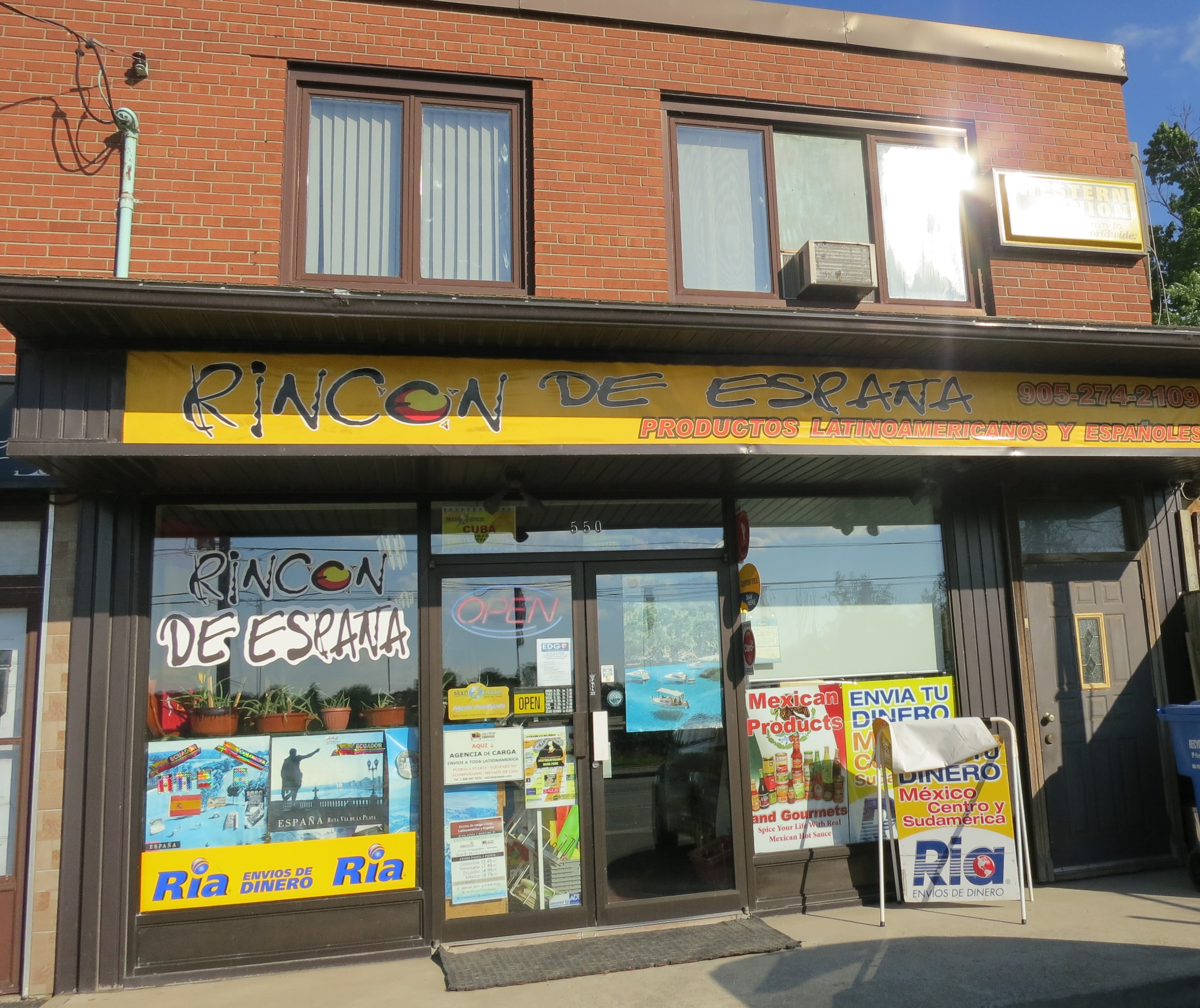 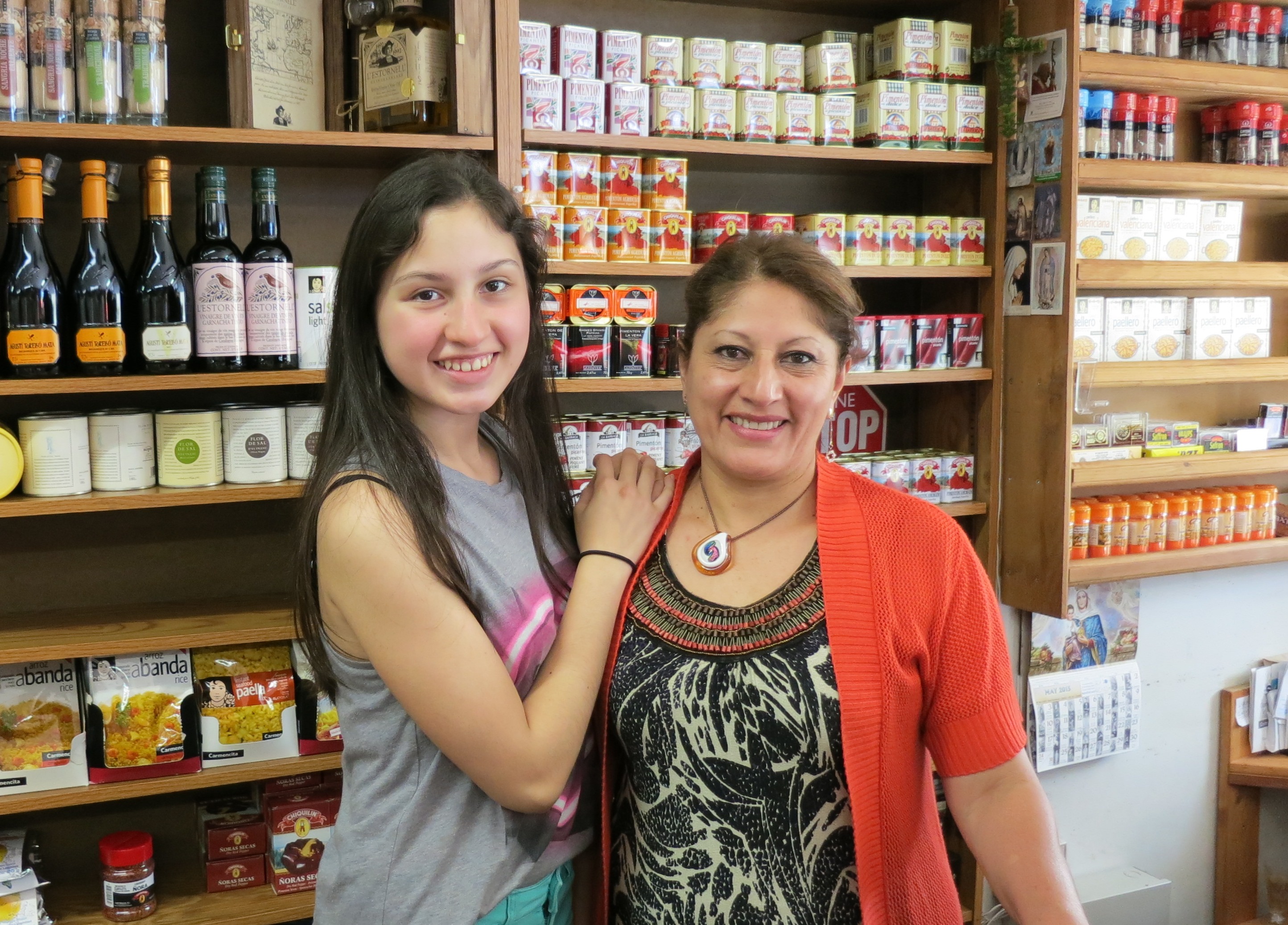 Gladys Perez, 54 is standing behind the counter with her daughter Diana, 15. She has a smile on her face and a warm way about her.

“I knew I wouldn’t make enough money in Ecuador doing what I was doing, so the opportunity to immigrate to Canada came at the right time,” says Perez, who worked as a secretary in Ambato, Ecuador before moving to Canada in May 1988.

In the 1980s, Ecuador was going through a debt crisis brought on by the collapse in oil prices and the havoc caused by El Niño. Unemployment was high and there was a dramatic decrease in wages. It was her older sister Rosa who lived in the Jane and Finch area of Toronto who encouraged her to move. Perez was only 27 at the time and didn’t know English, but she decided to take a chance and move in with her sister’s family in the city.

Diana Perez Veiga is Gladys’ 15-year old daughter. She was born in Canada and grew up in a house built by her father on a street within walking distance of the store. Back then, Lakeview had mostly cottage sized homes.

“My mom met my dad [Jose Veiga] at a wedding. Since my mom’s sister was much older than my mom, she [Gladys] would go out with her nieces to meet people,” says Perez Veiga.

Jose Veiga, originally from Vigo, Spain, lived in Mississauga and worked in construction. He introduced Gladys to many Spanish people who lived in the area.

“In December of 1988, I moved to Lakeshore and Cawthra,” says Perez. “I admired the lake waterfront. At the time, Lakeview and Port Credit were still very small, but still just as beautiful [as today].” Perez notes that it hasn’t changed too much since she first moved and that “it still has the same feel. There are many cute little shops, great family facilities and over the years it has continued to grow into a diverse community. It reminded me of where I’m from. It was calmer than Toronto and I felt safe,” she adds.

Her husband knew some friends who wanted to open up a Spanish store, so he gave them money to support the opportunity. The store first opened in 1989 in a different location, just a few doors down and it was called Mosto European Euromarket.

“The friends who ran the store decided it wasn’t a fit, so we took over,” says Perez. “The first store sold grape juice  and grapes, along with accessories [pressers, barrels, bottles, corks, etc.] to make wine.” Then “the customers came into the store and asked why don’t you bring in more Spanish produce,” and that’s when the popularity of the store really took off. 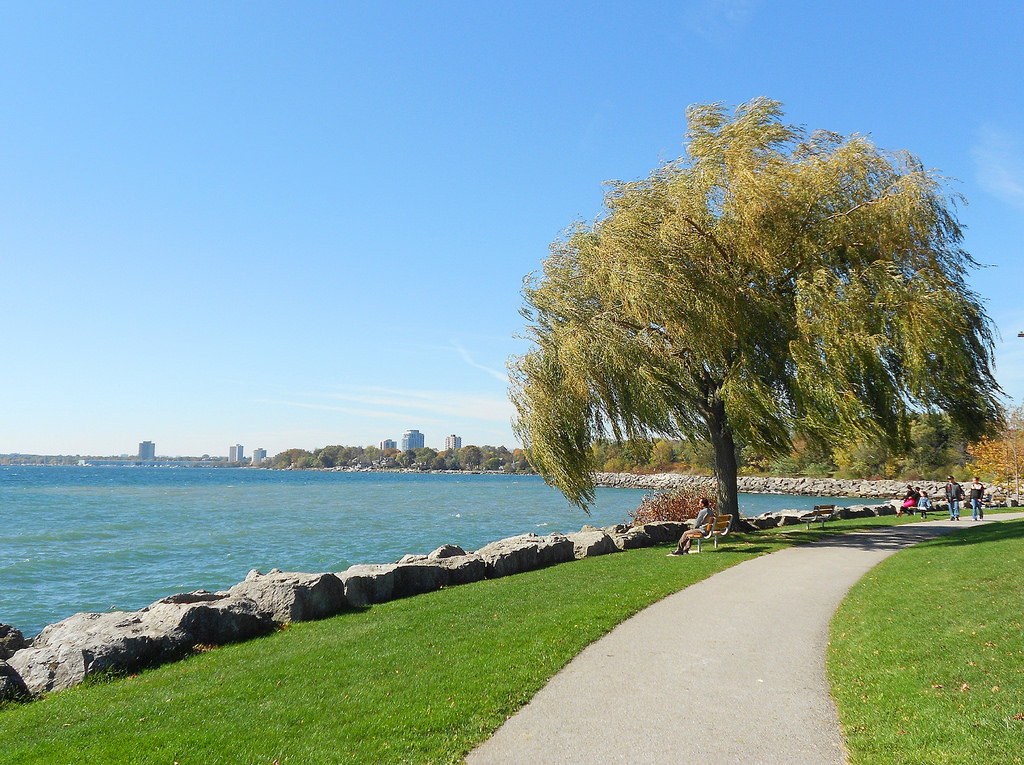 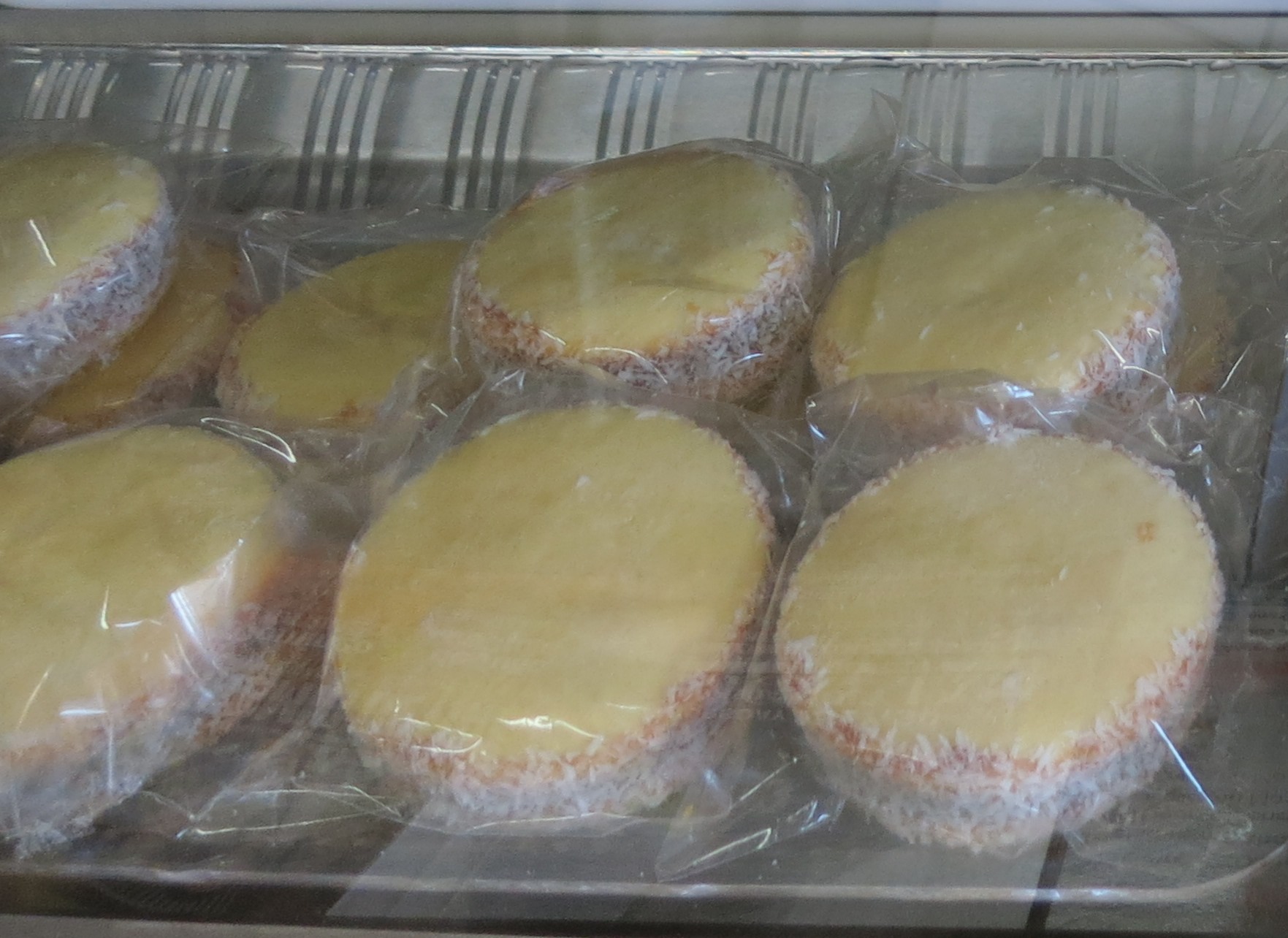 “There was a Sol de España in Toronto, which was around for 40 years. The lady who ran it retired and told us we should use the name to pass on the tradition,” explains Perez.

The store in Mississauga was known as Sol de España for many years and Jose Veiga opened up a small warehouse in Mississauga with the same name, which today supplies local stores with Latin American food, seasonings, and produce.

“We had to change the name of the store in Mississauga because people got confused. They would go to the warehouse and it wouldn’t be open,” says Perez with a smile at the small oversight.

“Sol de España means Sun of Spain, so I chose Rincon de España, because it’s the corner of the sun. I wanted to keep my Ecuadorian roots alive and allow others to find a piece of their cultural background despite the fact that they are far from their country of birth.”

Incorporating the diversity of different Hispanic cultures in a Canadian community is important to Perez and the store gives her the ability to “share the various flavours from multiple countries, along with crafts. We carry many products from other countries, so I learn the cultural traditions of other people as well,” she adds.

In addition to selling products at the store, they also offer to help people from other countries send money back home to their relatives. “They come to us because they trust us, since we’ve been here for a long time.” explains Perez.

Although Gladys is no longer married to her husband, she has family close by since she encouraged her sister Elvia to move to Mississauga from Ecuador a year after her arrival.

I asked Gladys what Mississauga means to her, and she looks at me with a wide smile, nearly choking back tears when she answers: “The airport is in Mississauga, the lake is here, I can see the Marilyn Monroe Towers. I am grateful that Mississauga is a safe community and the local support of residents have contributed to my business and family.” “Living here, I’ve accomplished more than I thought I could do.” 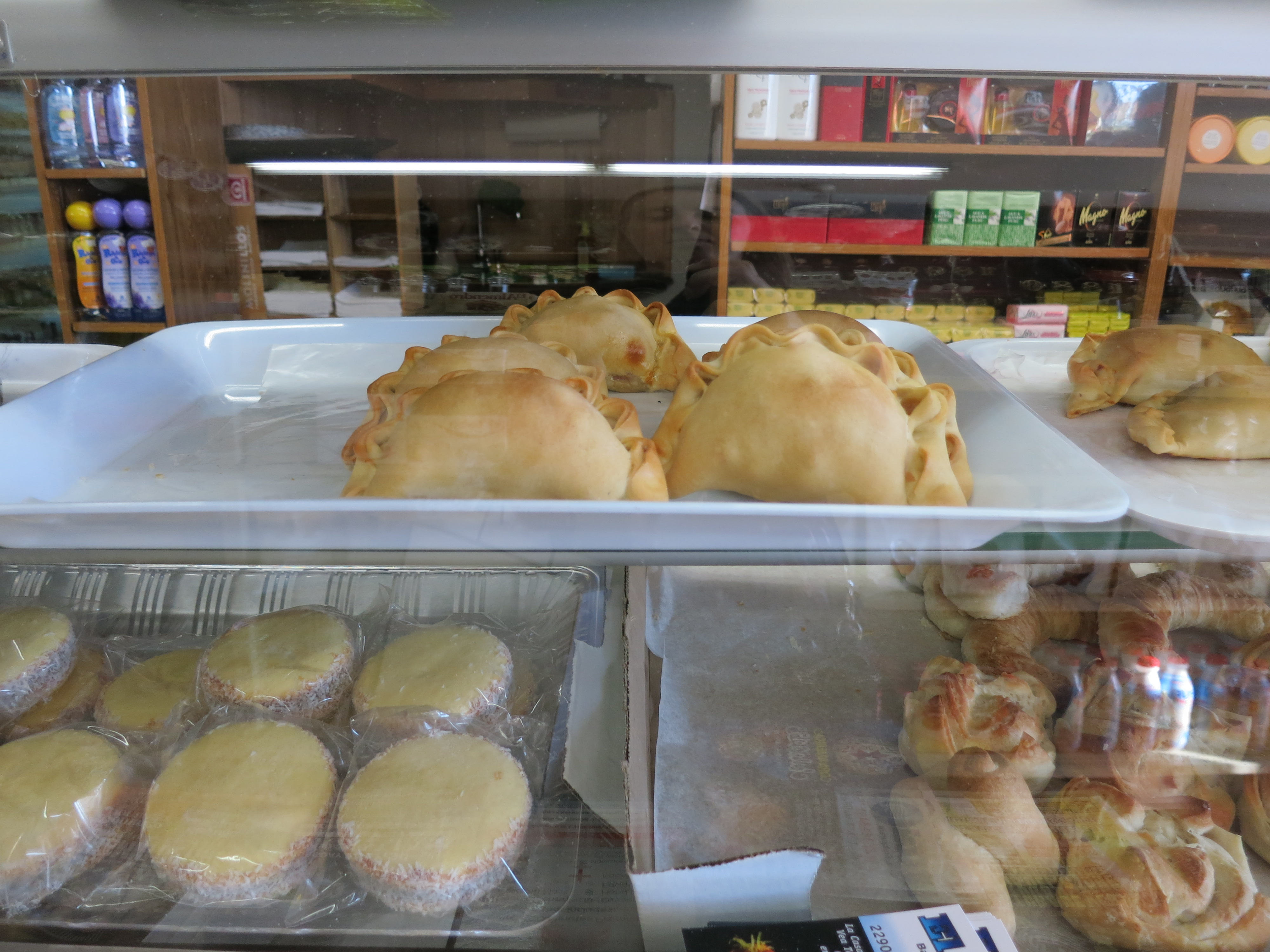