Mississauga School of Music: A Chinese Woman’s Story of Passion 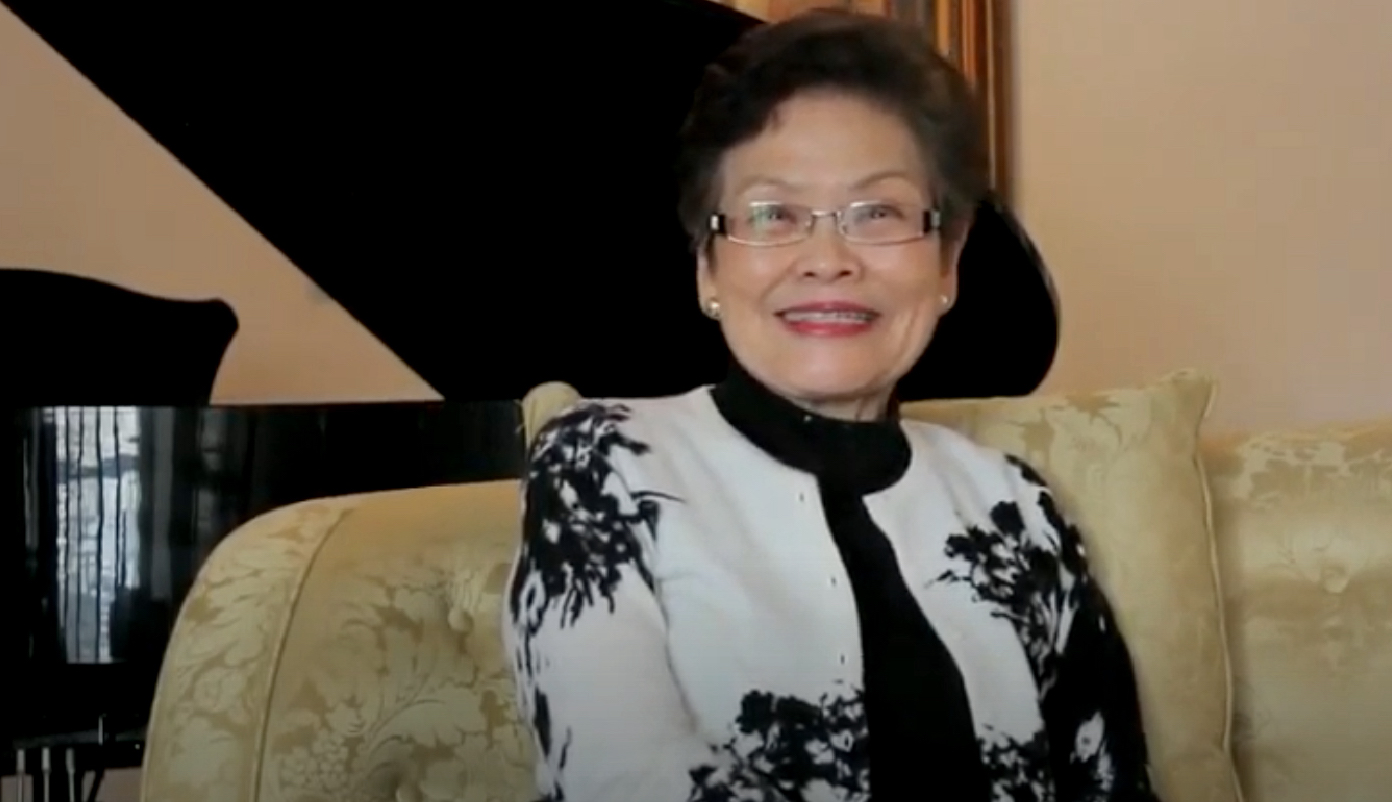 Mississauga School of Music: A Chinese Woman’s Story of Passion

If you go to what was once her familial home today, you will find a metropolis packed with skyscrapers and a Starbucks right where her home used to be, but back then it looked very different. People rode bikes, not cars, and the pace of life was somehow slower. It was here where she lived with her mom, dad, and their eight children. Jenny was their sixth child and growing up, she recalled that the house was always filled with music. Jenny remembered that, “even my mother play piano and she can play up to the church hymns.” Of all her sisters, it was her eldest sister who was the true musician in the family. The family was fortunate enough to have a profitable business selling goods in Shanghai, so her sister was able to have talented music teachers and diligently learn her art.

However, their situation all changed in 1949. They lost everything.[…] At the beginning I think I didn’t understand. We were too young. And then gradually we see the situation, then we understand. You feel that it’s difficult to live and we feel that [we have] no money. Sometimes [there] is no money to buy food too. And because we have this experience, I appreciate what I have now.”

Her older sisters had to help the family.

Her eldest sister became a professor in the Shanghai Conservatory. She began teaching Jenny the piano as well on the side and soon Jenny was accepted into the prestigious Shanghai Conservatory to study music for six years. Jenny remembers that it was, “very difficult to get in. We have thousands of people apply. We […] went through the audition and they only accept about 40 students. So, I was in. So very, very lucky, but also my sister did a good job because she can teach the sisters. […] It’s very, very difficult. I remember that. I was not patient when we were small, we will run away from the lesson, but she’s still there. So, I give a big credit for her.”

School in the conservatory was rigorous. “Half day is music. Every day. We must have music. Very, very strict training,” Jenny remembered. Two years into her schooling in 1957, her mother died of cancer. Her father and the 2 youngest siblings, moved to Hong Kong to be closer to the love and support of her aunts. “And I, because I had to study in Shanghai, so I still stay in Shanghai,” explained Jenny, who undoubtedly had to grow up quickly in such a situation. Music became the vehicle to connect with her remaining family in Shanghai. “[My] sister taught me piano, [so] she was with me pretty often,” remembered Jenny. Music had been such an integral part of her life up till now, indeed it would continue to light her way through dark times such as these.

With bright eyes and a starry mind, Jenny Goh decided to go visit her family in Hong Kong, and suddenly the realities of her family’s situation set in. She never wanted to move to Hong Kong, “but what make me change my minds because I saw [the] situation of my father because we were very poor there. […] In Hong Kong, I became the oldest sister, with two younger sisters. So, to being oldest and with no money, so you have to help.” Fresh out of the Shanghai Music Conservatory, Jenny knew what she had to do. “I start teaching piano in Hong Kong and is a big help to my father,” she explained proudly. In Jenny’s experience, “Once you start, then you have a one and then you have two, and then you have friend, student, they will refer. The most important refer by people or your student. And also, I had a chance to play in a concert with the Hong Kong Philharmonic Orchestra. So, I play a concerto there. So, when you play or you win a competition, people got to know you and then you get more students. Then I was busy there, teaching.” Several years passed and Jenny was going places-literally!

She always knew that one day her life would take her abroad to far away places. “After about maybe eight years, I told my father, I say, I want to try to go to abroad.” Although her father was still poor, he suggested she consider Canada because one of her aunts lived there. The decision was hard, but “I still insist, I want to go. So, [my father] say, “Okay, then you can go,” remembered Jenny. Her aunt in Canada had been there for her mother’s sickness and watched her cry bitterly. Jenny explained that, “she told me later, she said, “I told myself when I have chance, I will help this girl. ” My parents were good to that aunt and helped her during their tough years in Shanghai, when they struggled. So, it’s amazing. I went to Canada [and] I lived with her [in North York]. She [was] very good to me. She even helped chose the most honest man for me to marry.” She came to Canada on a student visa in order to gain a Canadian diploma. Jenny remembered, “You must have Canadian experience. So, because in Hong Kong, I work, so I have some saving. So, I came here to study and gradually I find a job in a store. To teach piano there.”

Jenny remembers how it was being a new immigrant here. “At the beginning, it’s really so hard. But just, you have to ask yourself, what do you want? […] You want to come here. So everybody same at the beginning. It’s difficult. So that’s why you have to try to work hard to make it. […] But you just tell yourself, that’s what you want. I always say to myself; I want to go abroad. Okay. So, you came here, then you have to suffer a little bit. Then you will have success.” Indeed, Jenny worked hard to make a name for herself. Steadily she began to attract her own student referrals, then from her neighborhood. Jenny’s talents could take her anywhere. 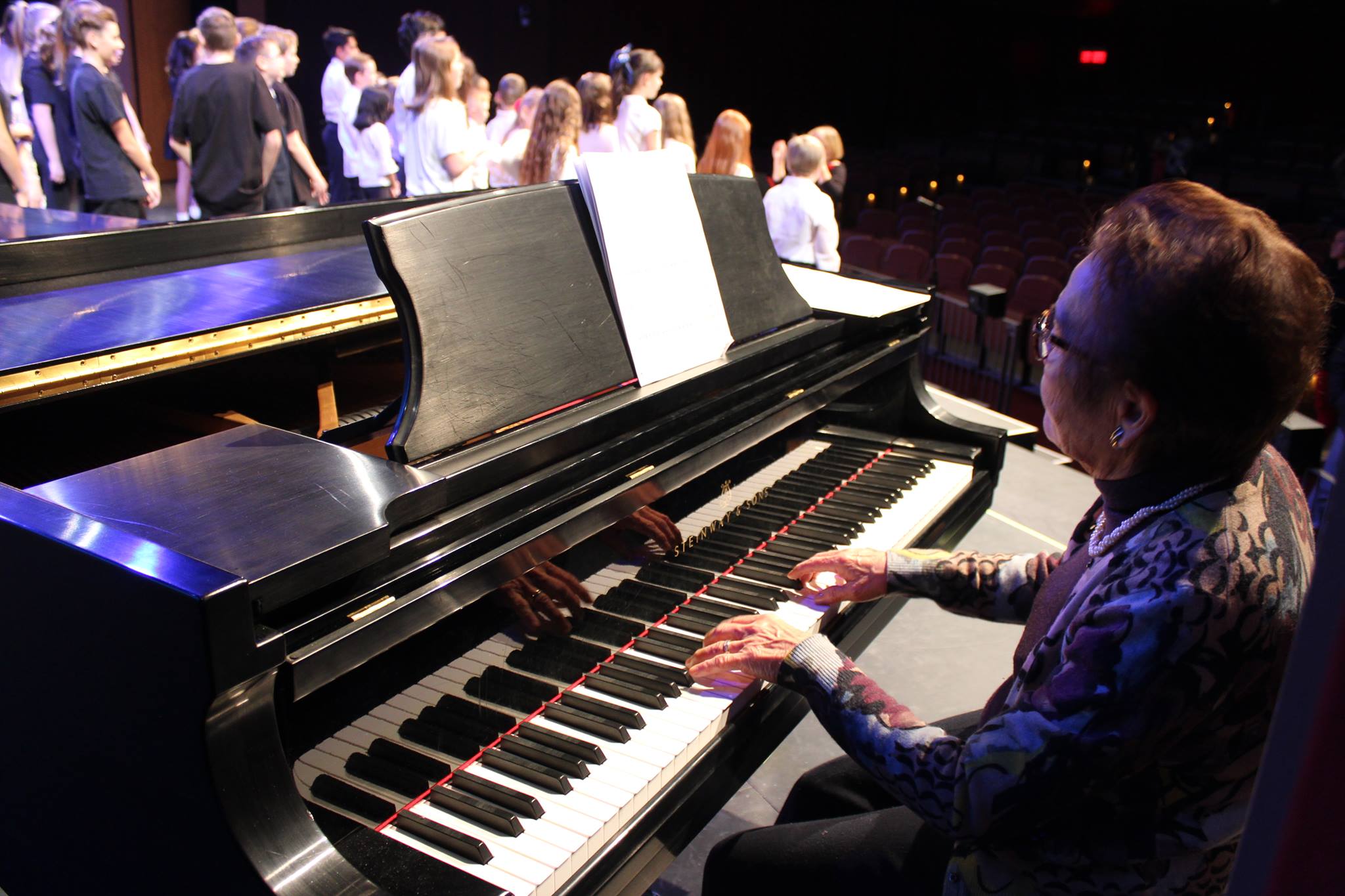 She soon convinced her husband that they should make their own lives for themselves somewhere new. A real estate agent suggested Mississauga and that’s how they ended up here. Jenny remembers, “when I first came to Mississauga, that was really empty. […] Everything is like a farmland.” Yet, even in what was then farm fields, her talents as a piano teacher grew. In 1988, Jenny Goh decided she would fulfill a lifelong dream to open her own music school. She explained that “from Shanghai, when I was small, I always think I want a music school as good as Shanghai. Then 1988, one of my students tell me that, “Oh, over there, Dixie, my friend, they rent office there. They have one small office for rent.” So, I went to have a look. […] I went myself and then I just rent the place, a small place with three room.” And that’s how the Mississauga School of Music was born.

However, the school was small and lacked much of the needed equipment at the beginning. “Even if you want to run a music school, the first [thing] you have to buy [is a] piano. Piano is expensive. So, we are not businesspeople. We don’t know how to go to bank. And we dare not to go to bank, to borrow money and to start school. We never. But because I’m very [good at] saving, so [that’s] how I buy the piano, I keep teaching. I full time teaching. […] When I have money, I buy the first piano. […] And I remember, my daughter even cut my name on the piano. G O H, she cut.”

Ultimately, it all comes down to experienced and professional teachers who won’t scrimp on the basics. “Like if you want to teach them good, properly, you start with hands, good hand position, fingers, counting,” explains Jenny. For her, the most rewarding outcome of it all is seeing the children play beautifully, that is when she is most happy.

Jenny’s dream has come true. Over 25 of the students at Mississauga School of Music have achieved the highest RCM exam scores in Ontario, including two top RCM exam scores in Canada and her school has been voted #1 over and over again. “Many music teachers at our school have been teaching here for over 30 years. We are like family.” 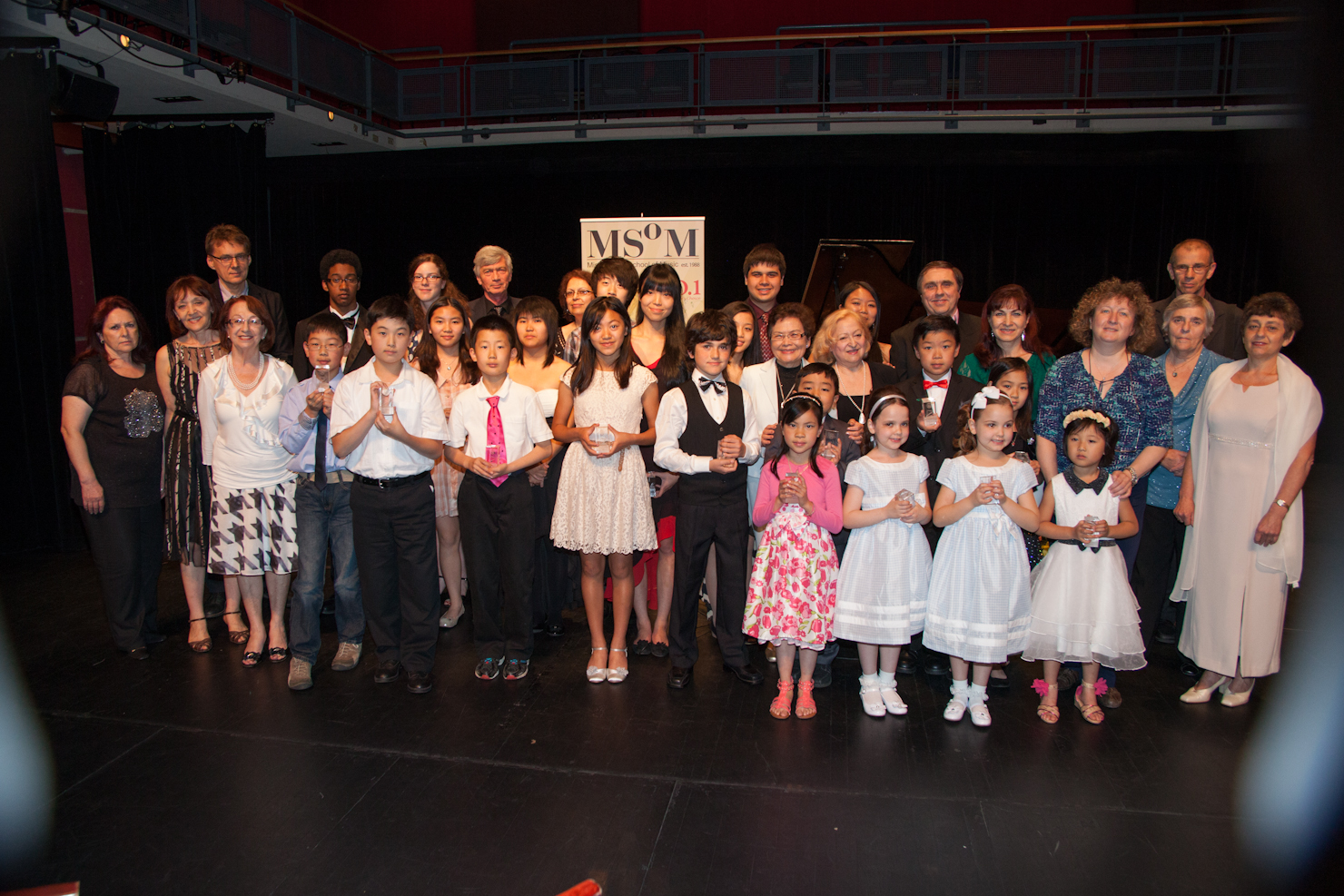 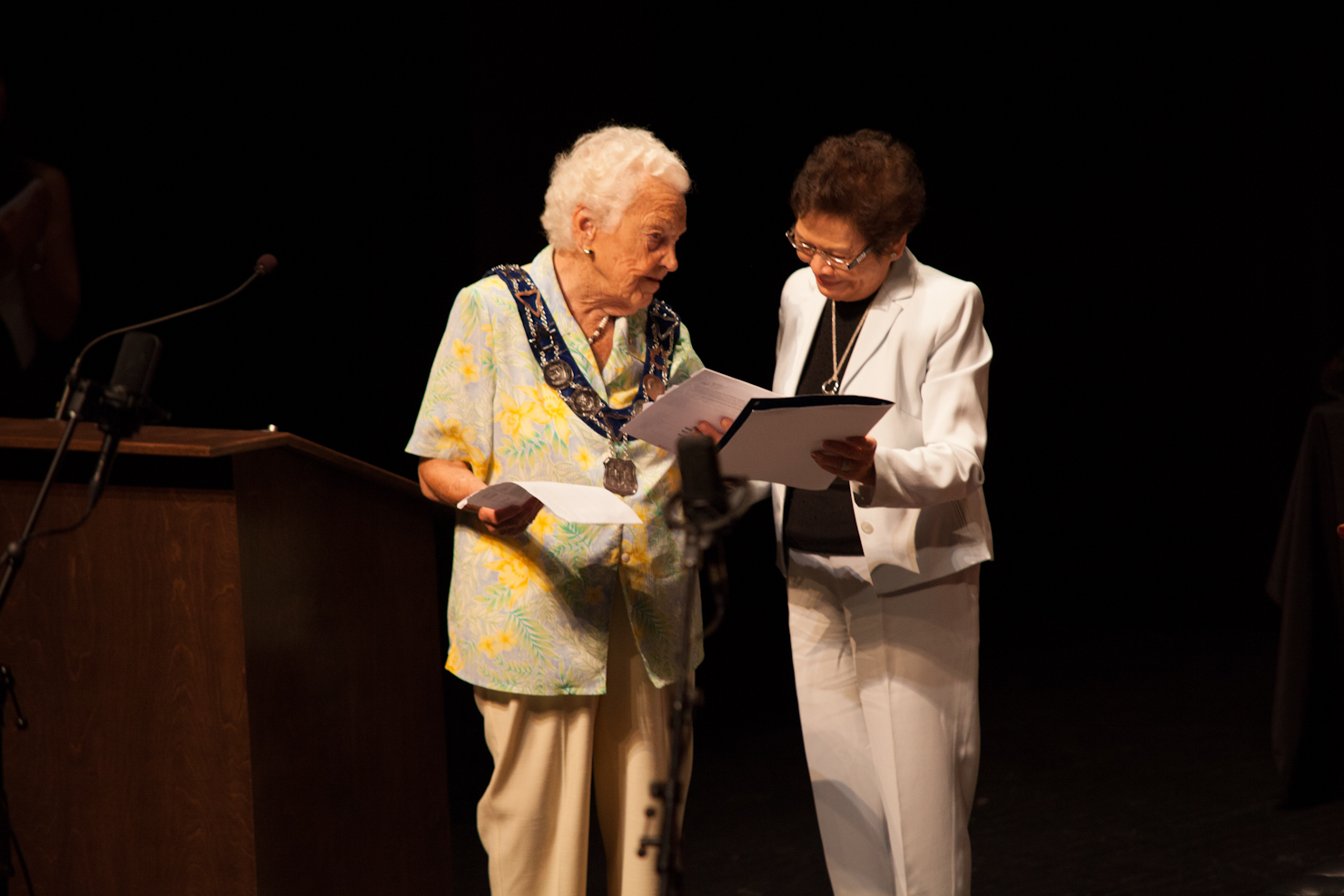 Having persevered through so much to achieve her dreams, Jenny Goh won’t let anything stop her now- not even a global pandemic. “March 17, 2020. That’s the day we have to close school. The government say, all the business have to close, [due to the] pandemic. Then you just worry “What happen? What to do?” […] So I just grab that moment. Then I say, we’ll be online,” remembered Jenny. The school continued on with online lessons, concerts and competitions, and students continued to bring in high ranking RCM exams results, and still won at regional and provincial music competitions. In the face of such uncertain times, “you have to keep calm. You just have to think. So now I don’t have the emotion,” Jenny laughs, “I’m happy all the time. With the good time, bad time. I’m okay.” Afterall, Jenny wisely reminds us that, “if you have no problem, that means no school.” Indeed, Mrs. Goh reminds us all that to turn our dreams into reality, there will be hard days, days we just want to quit, but when you love something as much as Jenny loves music, you do what you have to do. You find alternatives, adjustments, solutions, and you keep doing what you love each and every day. Perhaps that’s part of the fun of it. “I love Canada and Mississauga!”

Her siblings and families are now all living in Canada and the US. 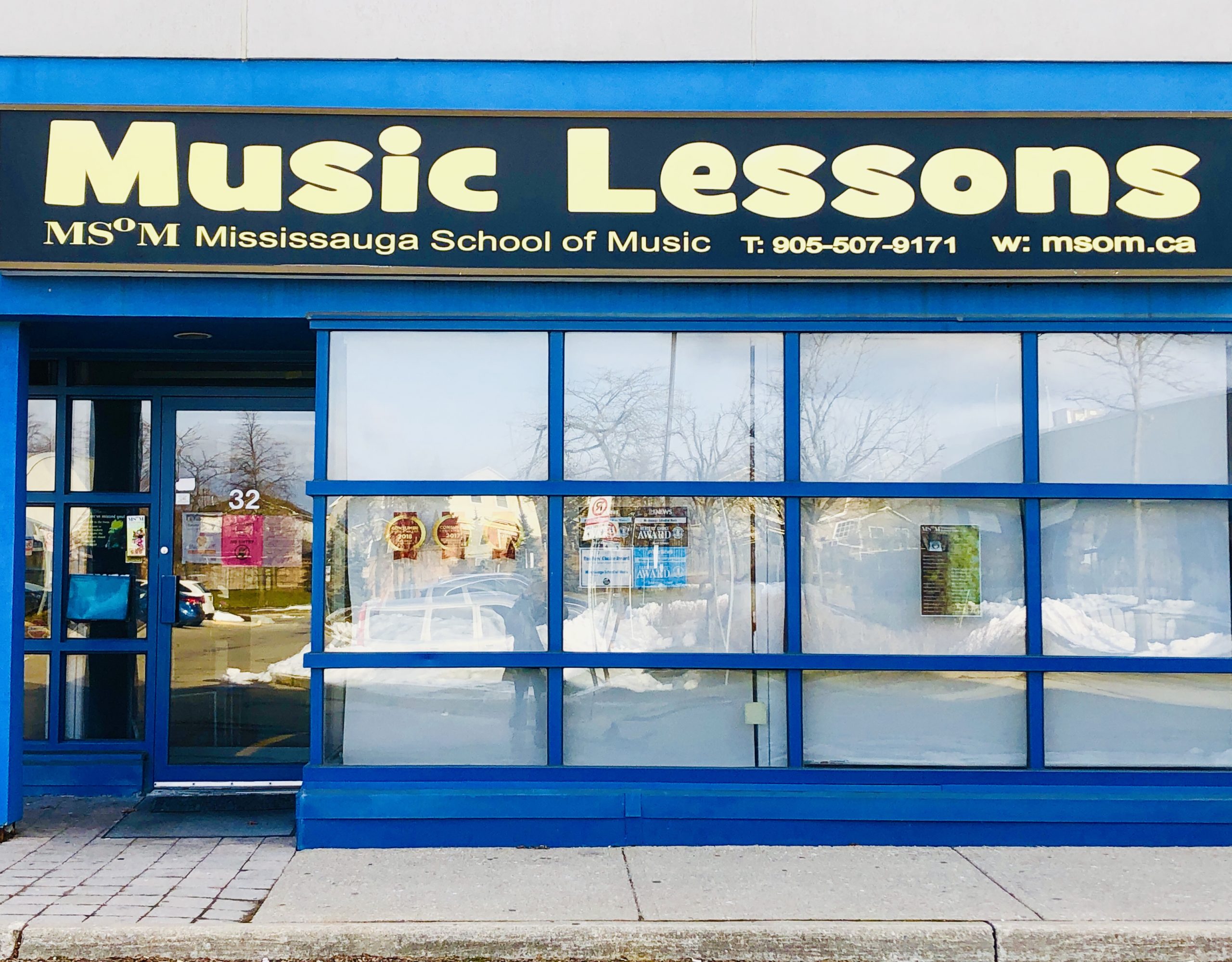