St. Lawrence Cement is located near the Clarkson Refinery (Petro Canada) at 2391 Lakeshore Road West (historically part of Lot 33, Concession 3, SDS). The cement plant opened on November 6, 1956. At beginning of production the goal was to produce 12 million bags of cement per year.

At the time of opening: The Globe and Mail released an article on opening day, reporting how the plant capacity began with a two wet kiln process and a capacity of 80 tons. The plant projected to burn 100 thousand tons of coal per year. The rough employment estimate was about 140-150 employees.

Almost 10 years after opening The Globe and Mail reported on a 2-year expansion at the plant; doubling the plant’s capacity. The expansion included a new mill and a pre-heat kiln allowing the company to pioneer use of parallel processes, wet and dry. This increased production to a target of 30 million bags of cement annually.

The company name changed several times over the years. The company was renamed Holcim Canada in 2009, after the parent company. Within the next few years the company name changed again to what is currently known as CRH (2015). Holcim Canada was acquired by Dublin-based CRH in 2015 and became CRH Canada. Mississauga’s cement plant is one of the largest cement suppliers of cement and building materials in Canada. The company prides themselves on being an environmentally responsible supplier and technological advancements have allowed the company to keep pace with high demand, improve environmental performance, enhance employee safety, and reduce impacts on local community. CRH employs over 89,000 people across 3,900 locations in 31 countries.

The manufacturing process of the plant consists of extraction, raw grinding, kiln processing, and cement grinding. The main materials used within production are Limestone, Clay and Shale. The company has focused to be environmentally friendly while providing sustainable options.

St. Lawrence Cement established strong roots for involvement in the community, and were an early supporter of the Bradley Museums and the Museums of Mississauga, amongst many other partners in the community. Today, CRH continues the tradition of community involvement through their Corporate Social Responsibility, which they organize over 200 annual events to connect the company to the local community.

The company hosts visits by school children and local residents with annual open houses, tree plantings, and an array of educational activities. They have also been actively involved in the community on initiatives specifically related to education and training. The company has been a proud member of South Mississauga Business Community for over 60 years.

They have provided multiple volunteer and financial supports for many organizations and events within Mississauga. The business award of “Excellence in Corporate Social Responsibility” from the Mississauga Board of Trades was presented in 2011. 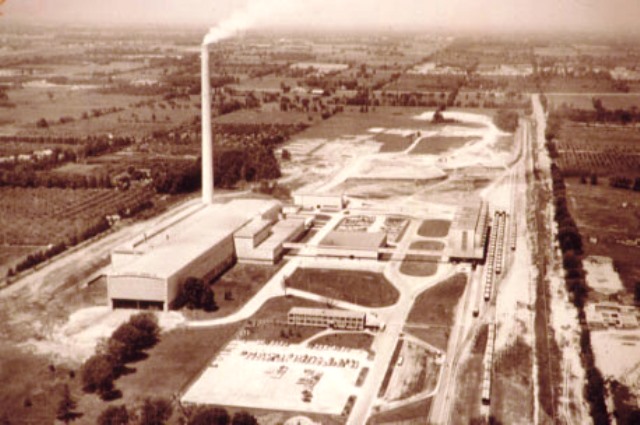