Viola Desmond was a Canadian businesswoman and mentor who is best known for her civil rights activism and her stance against racial discrimination which was demonstrated in her courageous act of defiance by refusing to vacate her seat in the segregated Roseland Theatre in New Glasgow, Nova Scotia on November 8, 1946.

Viola was arrested and detained overnight in jail and was subsequently taken to court and charged with attempting to defraud the provincial government for allegedly refusing to pay a $0.01 amusement tax charged which was the difference between the upstairs and downstairs ticket costs.

She advised the court that she had in fact offered to pay the additional cost at the theatre but had been refused. Without counsel or representation, Viola was fined $26.00.

In spite of attempts to appeal and the support of the Clarion newspaper, the injustice stood. Viola’s sister, Wanda Robson, continued to tell her sister’s story and wrote a book in 2010 called Sister Courage.

Viola was not pardoned until 2010, posthumously over 63 years later.

In 2010, the Viola Desmond Chair in Social Justice was established at Cape Breton University in 2010 and in 2012, Canada Post issued a postage stamp bearing the image of Viola Desmond.

On December 8, 2016, it was announced that Viola Desmond would appear on the Canadian ten dollar bill, which was released in November of 2018 and included the following excerpt from the Canadian Charter of Rights and Freedoms:

“Every individual is equal before and under the law and has the right to the equal protection and equal benefit of the law without discrimination.”

#ApartTogether we acknowledge and celebrate those who took it upon themselves to stand up to injustice and contribute a lasting legacy to the heritage of Canada. 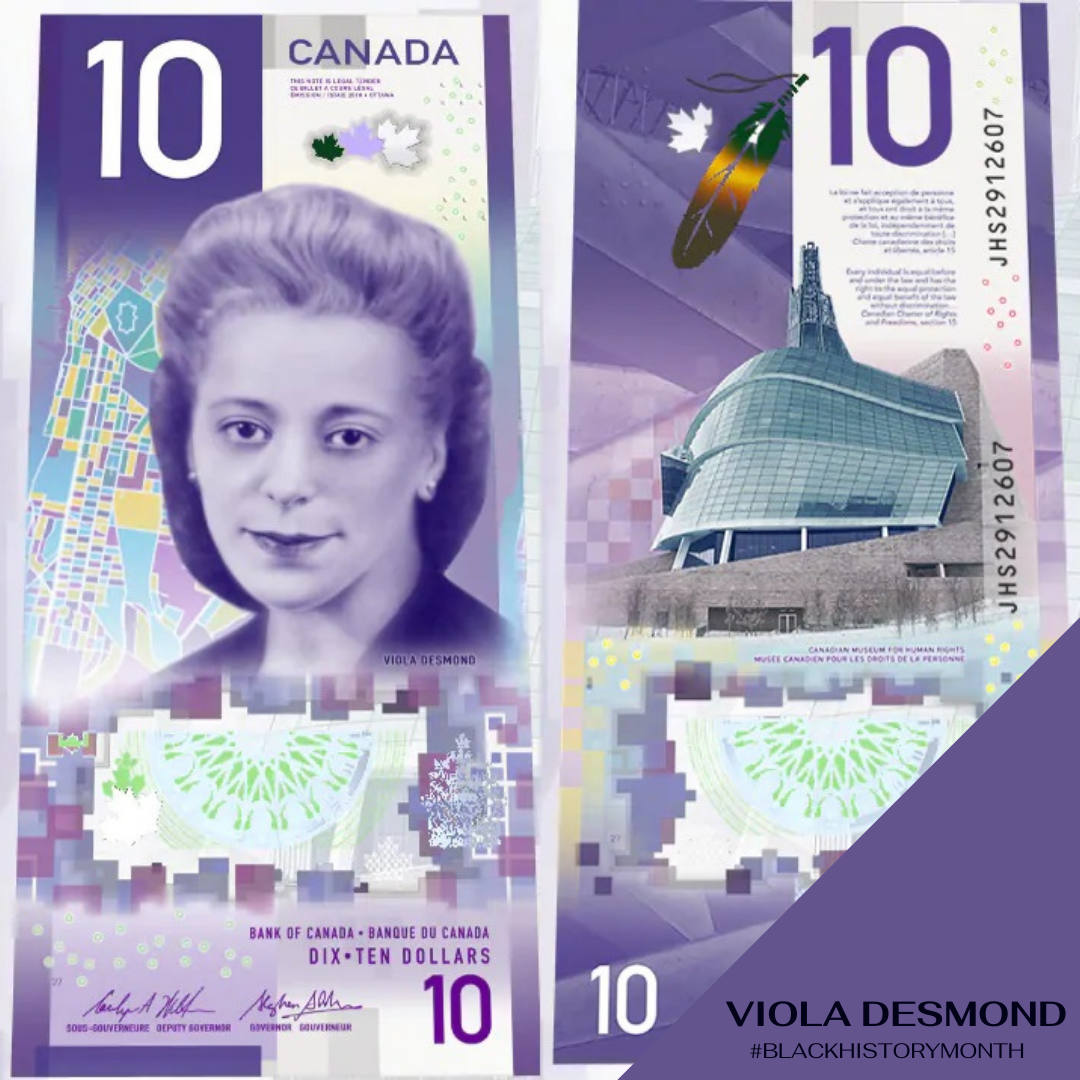