Searching for the Mississauga of the Credit River: Reserve?
By Meaghan FitzGibbon

In the two previous parts of this story I have shared my discoveries from my placement with Heritage Mississauga as a First Nations Treaty Researcher. I have discussed the Treaties signed between the British Crown and the Mississauga Nation. I have also shared information discovered about their lives at the Credit Mission. One question remains, however; were the Mississaugas living on land they had already surrendered? The Credit Mission was on land already ceded to the British Crown but they were using much more land than just that of the Mission site.

The Mississauga were using about 3,500 acres, essentially all of the land within the mile on either side of the Credit River south of the modern-day Queensway.  There were several pieces of evidence that support this theory.  First, in 1844, Benjamin Slight, a Methodist missionary who lived on the Credit Indian Reserve in the 1830s, stated that the reserve was about 3,000 acres and the Mississauga were cultivating about 900 acres.

Also, a map drawn in 1843 shows most of the land south of the modern-day Queensway, within the mile on either side of the Credit River, was still not surveyed or granted at the time of its drawing. This area amounted to approximately 3,500 acres. This was supported by Land Registry records which revealed that most of the land south of the Queensway was not granted until the mid-1850s, after the Mississauga left this area. In addition, a map dated 1846 is believed to be the survey map. It was drawn by John Stoughton Dennis who was reportedly responsible for surveying the southern portion of the Credit Indian Reserve, in 1846. Perhaps, this was drawn in preparation for the Mississaugas’ departure. The question then becomes – why were the Mississauga living on land that had already been surrendered?

The answer may lay in Treaties 22 and 23 signed in 1820. As mentioned in a previous article, the land within the mile on either side of the Credit River was divided and surrendered in two separate treaties. One explanation as to why the land was divided and surrendered in this particular way was suggested in an earlier article, and that was, that the focus of the treaties was not on the land in Treaty 22 but on the land in Treaty 23. The subject land in Treaty 23 was just the middle portion on either side of Dundas Street. Donald Smith, an authority on the Mississauga Nation, suggested that the land involved in this treaty was surrendered earlier in 1819 and was not written down until the negotiations for the remainder of land on the Credit began. This, however, does not explain why the Mississauga were given the southern portion to cultivate.

Another explanation was that the Mississauga were given the land to cultivate when the Credit Mission was founded in 1825. The Mississauga at the Credit River had just converted to Christianity and were interested in learning to farm. This would have been compatible with the Government policy of assimilation at the time. The Credit Mission was later used as the model for modern-day Reserves. In fact, the government, stated in Treaty 22, that the proceeds from the sale would be used for the “maintenance and religious instruction” of the Mississauga Nation. This, however, does not explain why the land was not surveyed and sold between 1820 and 1825, before Peter Jones arrived at the Credit.

The last explanation may be that the land was surrendered for the purpose of a reserve. All reserves, even today, are government owned and under federal jurisdiction. Donald Smith has suggested that even before the arrival of Peter Jones, the Mississauga were living near the mouth of the Credit River, which would have been surrendered land. The Mississauga had kept 200 acres of land in Treaty 22, but this land was not at the mouth; it was about two miles up the river on the east side of the Credit River.  The southern portion of land at the Credit was not the only land involved in Treaty 22. The northern portion of the mile on either side of the Credit and the lands at the Twelve and Sixteen Mile Creeks were also surrendered in Treaty 22. Does this mean that they too were reserved for the Mississauga? It seems probable that this was the case. The land on the Twelve and Sixteen Mile Creeks was held as Crown Reserves until the late 1820s. Also, when the land in the northern section of the Credit River (land from the north entrance of University of Toronto Mississauga to Eglinton Avenue) was sold in 1827, the Mississauga were troubled by the fact that they were not consulted. They believed that the land was still theirs, again, suggesting their continual use of the land.

The status of their land title was an issue in several petitions and inquiries to the Government regarding ownership rights. During the late 1820s and 1830s, the Chiefs of the Mississauga Nation wrote several petitions to the Government. In 1837, a petition was sent to Queen Victoria, requesting to know the status of their land title. The Mississauga had surrendered their land at the Credit in Treaties 22 and 23 but confusion over their title remained. The reason for this confusion could be because the Mississauga continued to live on the land after the surrender. This would happen if it had been a Reserve. Their inability to gain title to the land led directly to their decision to leave the Credit River in 1847.

Gibson, Marian M. In the Footsteps of the Mississaugas. Mississauga: Mississauga Heritage Foundation, 2006. 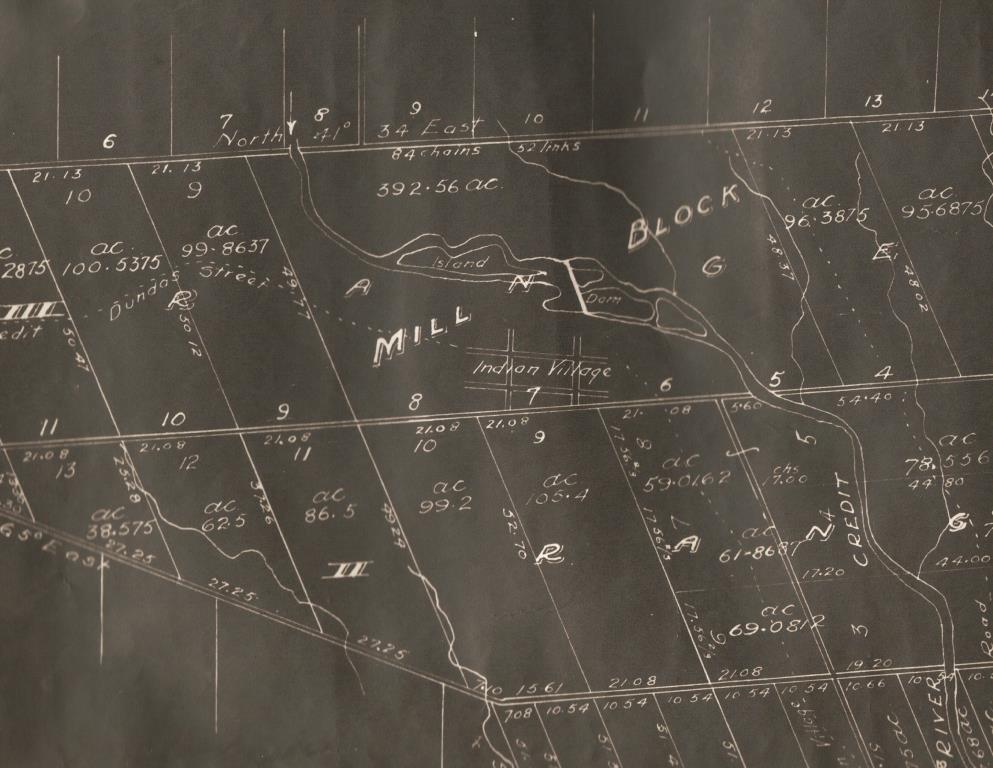 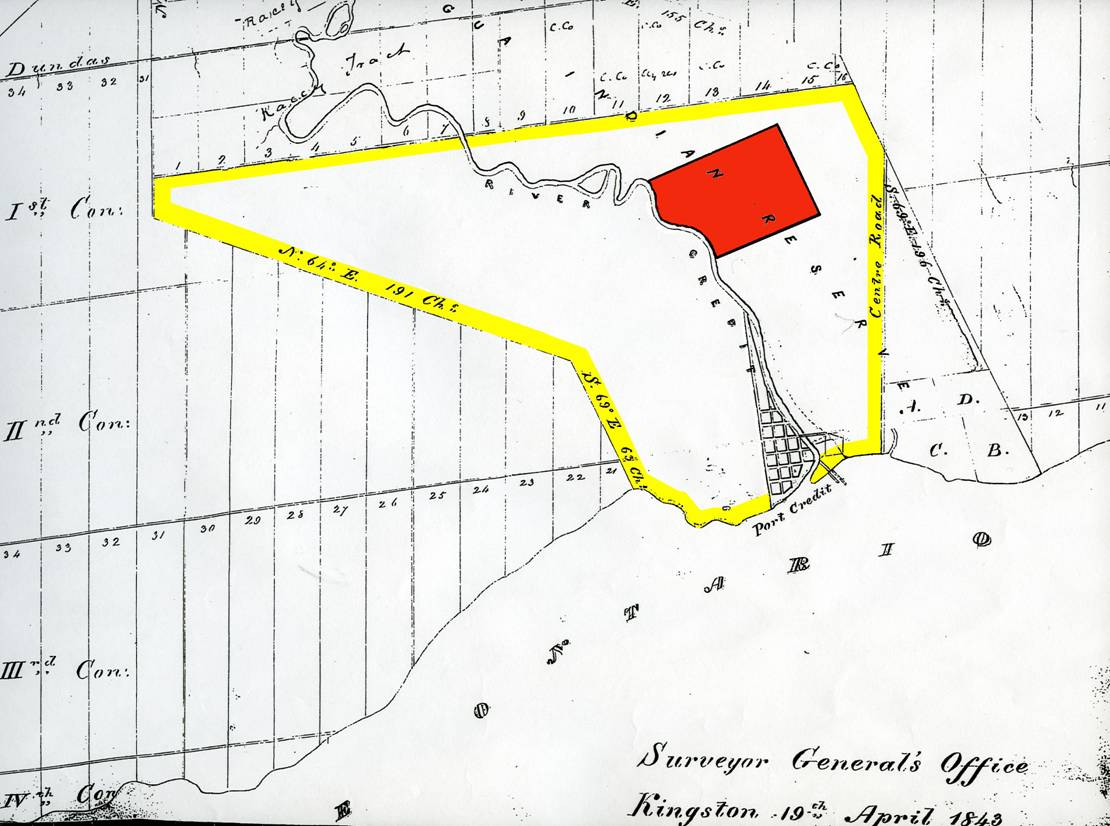