Palestine developed around the intersection of Derry and Tomken roads. Palestine was never large enough to acquire its own post office or other early pioneer industries, and it remained largely a rural crossroads hamlet. A schoolhouse, S.S. #10, was opened in Palestine in 1842, and replaced with larger buildings in 1863 and 1886 respectively. The Palestine Primitive Methodist Church opened in December of 1870 and functioned until 1962. Palestine also acquired a store (apparently poorly stocked) and an inn. The four corners of Palestine became humorously referred to as Education, Damnation, Salvation and Starvation. 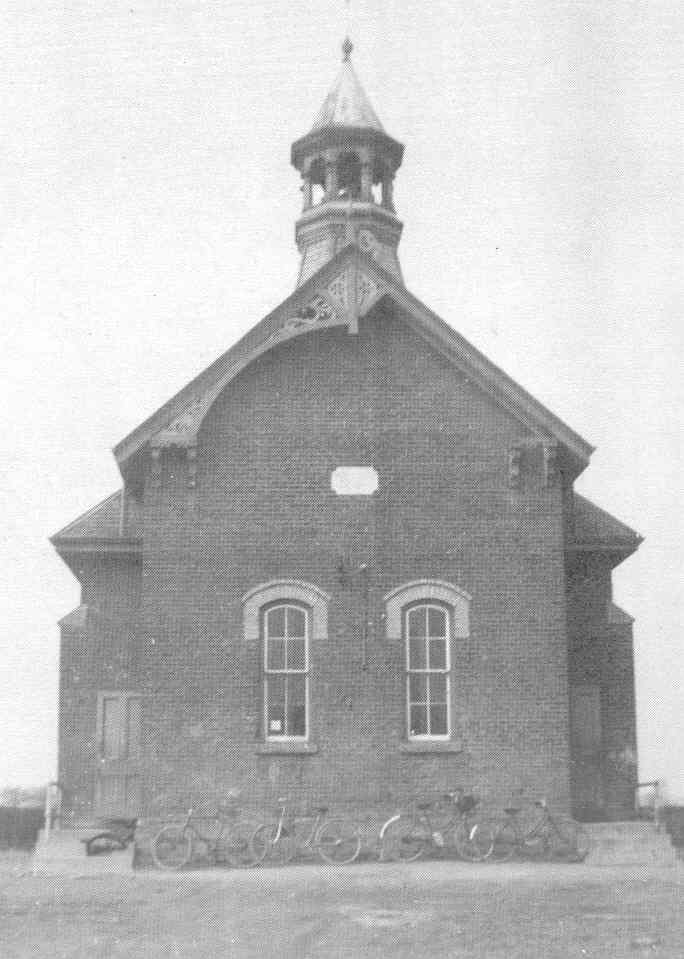