Click on the following link to hear the 1974 song “Mississauga” by Tommy Hunter:

In early 1974 members of the newly formed City of Mississauga Council, including the newly elected mayor, Martin Dobkin, approached country music star Tommy Hunter, who was then living in Lorne Park in Mississauga, with the idea of creating a song to celebrate Mississauga. Recently we had a chance to talk with Tommy Hunter about his memories of creating the “Mississauga” Song in the Spring of 1974.

Mr. Hunter recalled wanting to write a simple, uplifting song that celebrated both the place and the people of Mississauga: “We were richer because of our many cultures – we lived together – and I wanted the song to reflect that.” Mr. Hunter not only wrote the song, but coordinated a large bus load of Mississauga residents, sports and radio personalities, and civic leaders (who would sing the chorus) to travel to the RCA Victor Recording Studio in Toronto. The “Mississaugans” who performed the background chorus on the song (and who are pictured uncredited on the original album cover, which is reproduced on the cover of this publication), in Mr. Hunter’s description, represented a cross-section of Mississauga’s culture.

In addition to Mr. Hunter and the motley crew of Mississaugans, the Laurie Bower Singers also provided background vocals for the song. Mr. Hunter recalled that he did it for nothing, that the recording studio time was donated, that the Laurie Bower Singers did not charge for their services, and that even the bus that took everyone into Toronto and back was donated. His one lament: he did not record the names of those Mississauga residents and leaders who participated on the song. Interestingly, the “Mississauga” Song has never been performed live.

It only “live moment” was in the studio, and the only reminder of that is the recording itself. If you participated in singing the song, or can help to identify those who are pictured on the cover, please let us know! 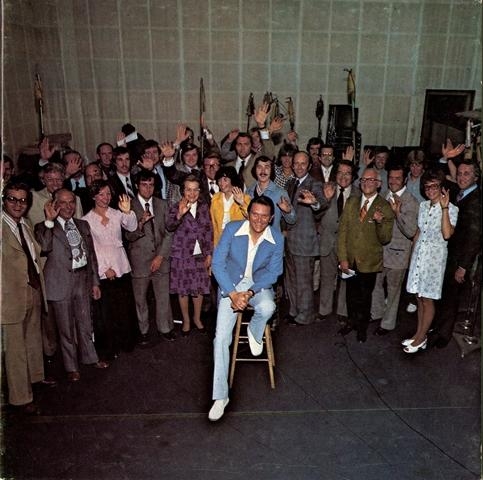 Excerpt from the “Mississauga” Song by Tommy Hunter, 1974:

From a tiny little village
To a great big bustling town
From Nova Scotia to Vancouver
The word is getting ‘round
Mississauga: It’s a City
None better can be found
It’s the greatest place we know